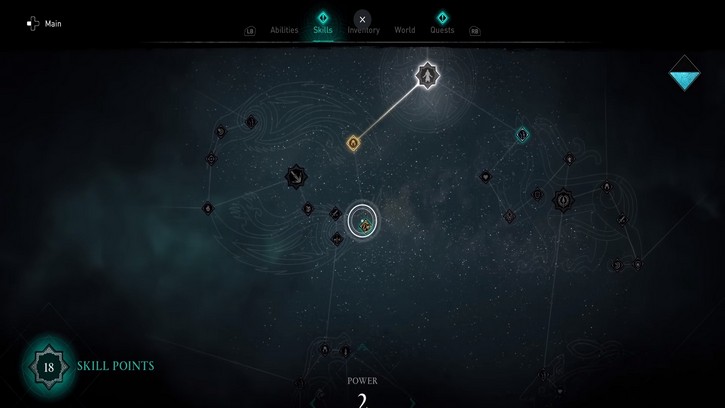 There are a ton of skills available in AC Valhalla. The skills are somehow categorized by color in which playstyle or build they are used.

You might also confuse abilities with skills which are two completely different things. Abilities are executed by using adrenaline but skills are done depending on what skill you get from the skill tree.

Abilities are also acquired differently and this guide will talk about the best skills you can get or combine in AC Valhalla.

Best Hunter Skills to Use

One of the best skills for the hunter build is the Arrow Reinforcement skill. This is more for overall sustainability where it will basically give you unlimited arrows. Just because your arrows will never break and can be collected from fallen enemies that have been shot down by your arrow shots.

This also works for missed arrows as long as you remember where they landed. You can quickly pick all the stray arrows you have shot even when you are just playing around with your arrows. This saves a ton of materials for you even if you have a mixed build of a hunter and a different playstyle like an assassin or a warrior.

The Guided Arrow skill is a cool little trick that you can use to stealth your way through in certain situations. It gives you the ability to control the arrow’s trajectory as it flies but obviously, you can only bend the arrow a little bit.

This can be paired with multiple bow skills such as Predator Bow Combo, Light Bow Combo and Hunter Bow Combo.

The Arrow Volley skill allows you to burst enemies quicker in exchange for loading and shooting more arrows at a single target. The downside is that it costs stamina which is used for your left-handed attacks. This makes the Arrow Reinforcement skill that was mentioned above, totally worth it as it increases your efficiency by not losing any arrows.

The Bow Stun Finisher is an absolute must-have and is a little bit broken in a way. If you are going for a hunter-type build, you are most likely going to aim at the enemy’s weak spots which allows you to either stun or pin them down. This will trigger the Bow Stun Finisher skill which just instantly kills an enemy. It saves a lot of arrow usage when fighting and getting Arrow Reinforcement is also a staple in the build to help with it.

Best Assassin Skills to Use

Chain Assassination allows you to kill more enemies from one assassination. This helps you kill more so that you do not have to sneak through all the enemies you are stalking. The problem with this skill is that if the enemy in close proximity is extremely close, it will be hard to execute the Chain Assassination skill because they will eventually pick up on your first assassination target and start fighting you already.

The Missile Reversal skill is not really a stealthy skill to have on an assassin-type build but you will eventually find yourself in some scenarios that the enemies are already aware of you and this skill will help a ton by just throwing back all projectiles back at the ranged enemies.

This is cooler than it is useful and it takes perfect timing to execute as well. Like most of the assassination skills, you should get used to perfect timing, and going for a build like this should train your precision as you progress through the game.

This might probably the staple skill to have for any assassin-type builds in Assassin’s Creed Valhalla. It automatically highlights all nearby enemies when you are crouched and undetected. This allows you to gauge the area on where to go and who to assassinate first. The Stealth Recon skill is also useful for hunter builds if ever you can get this skill from the skill tree.

The Assassin’s Cantrip gives you the ability to throw a smoke bomb after doing a successful parry. It might take a while to get used to the skill as you might forget it at times when you do a successful parry. The benefit of fighting inside a smoke bomb is that the enemies inside it are unaware of your location and enemies will be exposed to more melee hits because they will not know where to block.

This skill can also be used as an escape tactic to disengage from a fight. Just wait for an attack to successfully parry, throw the smoke bomb, and immediately run the opposite direction.

The skill, Emergency Aim, might be more to the side of the hunter-type build but it is extremely effective for using stealth as well. It gives you a chance to trigger a slow-motion “emergency aim” when you get detected and it allows you to have a chance to kill the enemy without getting detected by using your bow.

Best Warrior Skills to Use

The Terror skill allows you to cause weak enemies to disengage when you are using a stun finisher. This skill is more for safety and overall crowd control when there are too many enemies swarming you. The warrior build usually relies on building adrenaline for your character and using stun finishers will allow you to generate more adrenaline through the course of a fight.

Even when the enemies do not disengage, there are times where they also get stunned which just might be just their own response of cowering in fear.

Another great skill for the warrior build is the Battlefield Cremation. When you are fighting with a warrior playstyle, most of the enemies swarm up to you since that what your playstyle should really want to have. This skill allows you to spread the fire from defeated foes that died with a fire attack.

This skill is only good when you have the weapon perk that gives your weapon burning damage when you do a critical hit. There are also burning weapons available in the game and you can reset your skills to get Battlefield Cremation only when you get one of these bad boys.

The Adrenaline Fiend is a stat-boosting skill that gives you a damage boost and attack-speed boost when you have 1 or more adrenaline slots filled up. It gets stronger with each bar of adrenaline slots you have filled and it gets crazier when you can build it up.

Pair it up with skills like Berserker’s Mettle where your adrenaline bar will not be affected by an enemy’s first strike.

The Dual Swap skill allows you to switch your weapon from both hands. This is significant because all weapons have a different attack set when held on either the left or the right hand. It gives you more opportunity to use which one would be better in a given situation. If you would need a faster weapon or a much stronger and slower weapon, you can easily switch between them mid-combat.

The Grit skill increases your overall survivability, especially as a warrior. It gives you a lifesteal mechanic from stray attacks that you might not be able to dodge and you can just regain the health back immediately. This only works for melee hits so keep that in mind if you have some “red portion” on your health bar that you can still recover.

There might be more skills that you can integrate together that would make them absolutely ridiculous when combined especially with specific weapons with perks and runes. The amount of player builds you can do in AC Valhalla is through the roof and there will be more combinations once you get to unlock new abilities and legendary weapons to complement your skills even more.