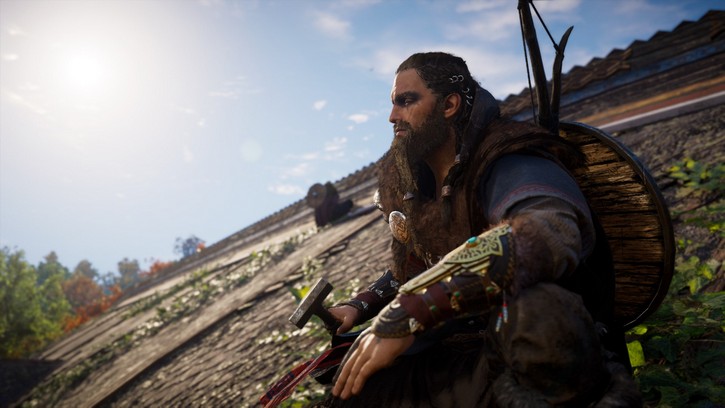 Mastering the art of parrying enemies is one of the hardest things to do in AC Valhalla. It adds more flavor in combat by performing vicious finishers on a stunned enemy.

This guide will teach you how to parry in AC Valhalla and other skills involved to make it stronger or help you parry better.

How to Parry and Its Mechanics

To parry enemy attacks, you have to time the L1 or Q button to the enemies attack. This is an extremely small window which makes it harder to time. Some enemies will show an indicator when they are going to attack.

This shows a yellow, orange or red shine on the enemy approaching you with a strike. These are the enemy’s rune strike. It measures the intensity of their attack and also helps you a little bit in timing the parry.

Perilous attacks or the red shining indicator from the enemies cannot be parried. You have to dodge these attacks with a sidestep or a roll.

You can use a shield or even a weapon to parry an attack. This allows dual-wield builds to have another defense mechanic instead of just sidestepping and rolling.

The benefit of having a shield for parrying is that if your timing is too fast for the attack, you will still be able to block the attack.

If your timing is too late with the shield, you will still take damage unless you were holding the shield up the whole time which is a safe but slow tactic in battles.

You can also parry enemies that are hitting you from the side or behind as seen in the video above. It is good to be aware of your surroundings if the enemy you are locked on to makes you exposed to different angles.

Parrying is one of the best fighting strategies to use in melee combat. This stuns your opponent and you can perform an extremely gruesome finisher that kills that enemy instantly.

Strategies or Combos For Parrying

The Assassin’s Cantrip skill allows you the ability to throw a smoke bomb after a successful parry. This is a great skill to utilize when you are doing parries and have the skill unlocked.

You just have to remember to press triangle, depending on which platform you are using, after a successful parry. This gives you the opportunity to run or freely attack enemies holding shields inside the smoke.

There are also skills like Stomp to help you damage named mobs faster. Doing finishers from parrying will also give you more adrenaline and you can spam abilities even more.

Some combinations or weapons also make you recover health from doing finishers on opponents and is a good sustain for your character instead of using rations for healing.

The whole guide relies on how great you are in timing your parries so it takes great mechanical skill to be efficient enough to make use of its benefits. Parries are usually a high risk with high reward tactic.

The satisfaction you get from performing the most violent finisher, even just on a normal enemy, makes it all worth it. You can highly improve your skills with a bit more level and you can check out our leveling guide on AC Valhalla here.