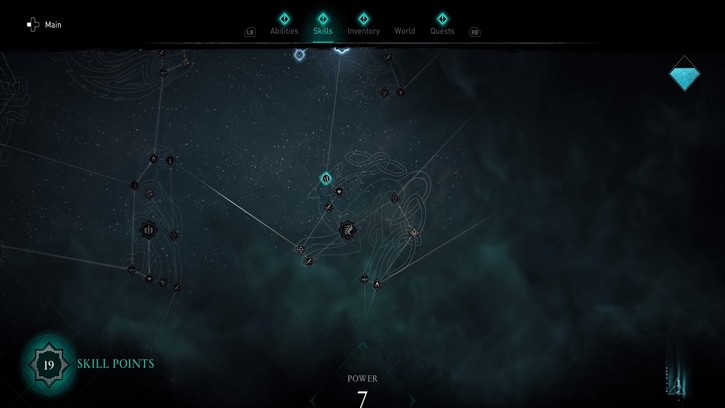 The reset skills mechanic in AC Valhalla is heavily improved on from its predecessors.

According to Benoit Richer, you are now able to reset the skills any time through the skills tab to allow players to find the right playstyle and build that suits them.

This guide will teach you how to reset skills and the benefits of doing so in AC Valhalla.

How to Reset Skills

Resetting skills in Assassin’s Creed Valhalla is a bit different. They are now allowing you to freely change your skill points at any point in the game. This is one of the best features, in my opinion, that they introduced to Assassin’s Creed Valhalla. You can just go to the in-game menu for the skills tab and reset your skill points by pressing Y or triangle depending on which console you are playing on.

When to Reset Skills

You can reset skills any time in the game through the in-game menu but you can test out new builds by playing around with the skills. It is better to test them out first on side quests before going into high power level raids.

You can also reset it to figure out which skill to get by exploring the whole skill tree first. Since most of the skill grids are still covered in fog and undiscovered, you can test out builds only where your skill points can take you. You can check out the best skills in our separate guide here.

The best time to reset skills is when you are strictly doing an objective where your build does not excel on. For example, you are built as a stealthy assassin or a marksman with a bow. Doing a side quest like the BBB will make it harder for you because you do not excel well with melee combat. You can swap your skills to make you stronger for this side quest and just revert it back.

When you start getting your first skill points, you do not know yet which branch to go to because everything else is still hidden until you unlock a certain skill tree branch that allows you to see other skill grids. With the reset skill mechanic, you can carefully lookout for all the skill tree grids and basically explore all the skills available in the game just by resetting skills.

This allows you to have more freedom in making creative builds at any point in time during your playthrough. You can pinpoint all the skills you want to be combined that would help you progress in the game faster or even just find the playstyle that best suits you.

Each different playstyle or build will have different benefits for each raid, boss or quest you are about to do. Some builds might be better, like a stealthy assassin build, rather than going full brute force on a raid that you are extremely overpowered by.

With the reset skill available at any point in time during the game, you can also use a hunter-type build to let your Jomsvikings defend you while doing raids that have a much higher power level than what you currently are.

It is amazing that they have implemented this feature for Assassin’s Creed Valhalla. It was a nuisance to spend resources for each skill reset from the previous title and this feature gives one of the best quality of life improvement the developers could think of. While the game will have plenty of DLCs and free seasonal content planned for more than a year, this feature will definitely help players feel more freedom in exploring different playstyles and overall, change their experience while on the same playthrough.