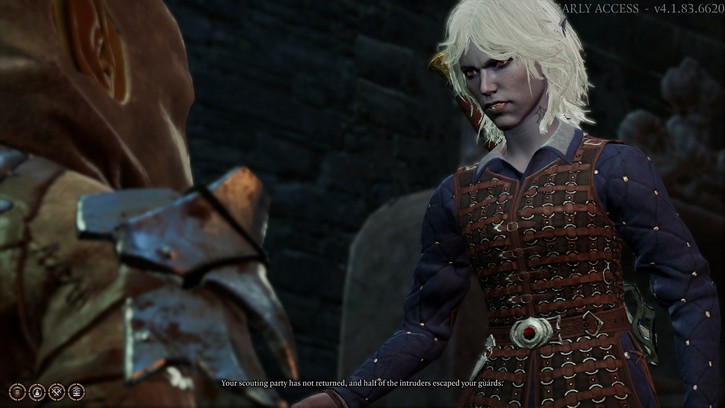 Minthara is a drow who is also one of the three goblin leaders in Baldur’s Gate 3. She is the one in charge of the hunt of the druids. There are several scenarios that can happen and this guide will show you how to kill Minthara in different scenarios.

Killing her in a big battle

You will see Minthara planning her attack on the grove. If you were able to see Ragzlin first, he will direct you to Minthara and tell you to join her in the hunt. This is assuming that you were not exposed through Ragzlin’s interactions.

Once you start talking with Minthara, she will be a little suspicious but once you say that you know where the druid’s exact location is, she will be forced to trust you. She will use you so that you can earn her trust and just follow her directions until you reach the gate guarded by the tieflings.

Go inside the gate and talk to Zevlor. You will alert them about the goblin’s invasion. He will tell you to set up and you should take all the explosive barrels you can find and spread them out evenly outside the gate.

Remember to use “Drop Item” instead of just throwing it because it will explode. Once you drop the barrel, you can click and drag to move them around the area. The ideal placement for the explosive barrels is placing them close enough so that everything explodes in one skill.

This will kill all the low-level goblins and will do a decent amount of damage to the big ogre. The biggest challenge here will be killing the spiders who will jump up. Since I did this at level 3, they hit extremely hard but it is still manageable. Pay attention to the goblin sappers and try to kill them when they are near other enemies so they will explode.

They will also try to bring down the gate along with the ogre so they should not be a problem at the start. Remember to save before starting the fight because the turn order is random. If the enemies start moving first, they will go immediately to the gate and leave you no room to blow them up together unless you have more than 5 explosive barrels.

After using up all the explosive barrels you have, just keep attacking from above and they will have a hard time hitting you. As long as the spiders are taken care of, there is no way for them to reach you without getting hit several times.

If you are in trouble and the sappers are near the gate, you can use your Void Bulbs or Caustic Bulbs found in the ship. You can take items from other characters that are way down the turn order to throw it faster.

Once you finish the fight this way, all the goblins in the goblin camp including Ragzlin will now be aggressive towards you and will attack you on sight assuming that you have not killed them already.

Killing Minthara in the goblin camp

This method is more simple than the other fight. You will not interact with Minthara and just stab her in the back and start the fight. There will be 3 high HP goblins with her but it is easier than the first method of killing her. Just treat this as a normal fight and focus on killing one at a time.

After killing Minthara, everyone will be alerted already and you will fight more goblins when you start to move out of this location. Ragzlin and his crew will also be aggressive but you can still sneak your character to favorable spots after entering the gate. This will give you way fewer experience points but you can still kill the goblins outside the room and grind out more experience points from them.

Here is a different scenario in killing Minthara. If you choose to show her the grove’s location even before talking to Zevlor, you will find Minthara walking back to the goblin camp’s entrance and her whole crew will stop at the door.

You can place explosive barrels here and choose to kill her here as well. This will end up being the same as killing her near the command table where the whole goblin camp will be aggressive towards you and start a fight.

I would suggest doing the first method and go for the big war at the gate. It is extremely efficient with the use of the exploding barrels and you will have a ton of experience points just by exploding these hordes of goblins. This will also prompt Halsin, the druid healer, to show up in the camp although he will also show up with the other method much sooner.