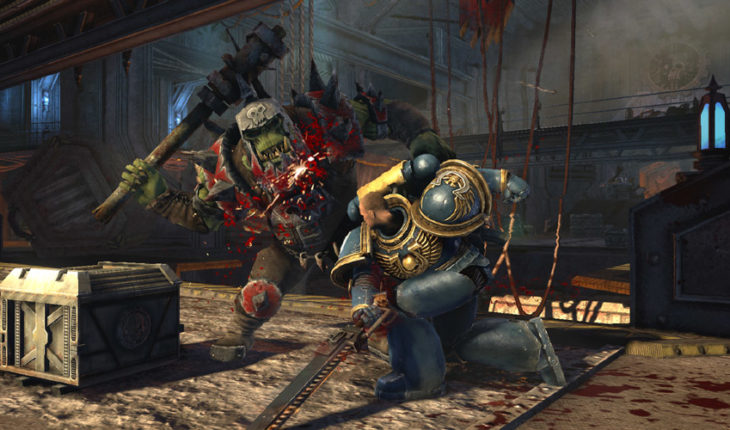 Warhammer is a beloved fictional setting fictional setting created by Games Workshop for a myriad of games, including miniature wargaming and pen-and-paper roleplaying. The setting is so popular that the license branched out far beyond its initial focus to many different mediums.

Our mission with this review and guide is twofold. First and foremost, we wanted to identify the best Warhammer games on the market right now. This is a big franchise. There are many products available. We wanted to zero in on why certain of the best Warhammer 40000 games are worth your focus.

The whole notion of Warhammer 40k games can seem a bit intimidating to the newcomer. Our second goal is to cover the most basic questions and concepts. We want to remove any hurdles for the novice. Some of the best Warhammer games on the market are well-suited to newbies, and you can often get everything you need to start in a single box, which is often a big concern for beginners.

So, without further ado, let us provide answers to those essential questions. We will then follow that discussion with a list of what we feel strongly are the best Warhammer and Warhammer 40k games along with our insights, pros and cons, additional materials and much more!

Games Workshop is an English company founded in 1975. It began making wooden board games but soon found success importing Dungeons & Dragons from the U.S. The company would soon be involved in creating miniature figures that D&D players often used to visualize battles. This tabletop wargaming would become a game onto itself. It deemphasized the role-playing and focused on strategy, tactics and game mechanics. In 1983, Games Workshop released Warhammer Fantasy Battle, which was a tabletop wargame set in a fantasy universe heavily inspired by Michael Moorcock and J. R. R. Tolkien.

Many of the best Warhammer games take place in the Warhammer 40000 setting. Often called Warhammer 40K, this setting was released in 1987. The best Warhammer 40000 games are still miniature wargames but the setting is more futuristic, which allows for more vehicles and weapons. The 40K setting did not completely abandon its roots. Gamers will find Elves and Orks and even magic, but these civilizations are now more advanced. So, does Warhammer 40K take place in the future of the Warhammer setting? It depends on who you ask. Games Workshop has neither fully confirmed nor fully denied that idea, so it essentially up to each fan to form their own “headcanon.”

What Makes the Warhammer Board Games So Popular?

The board game itself is fairly easy for the newcomer to pick up and play, but there are layers that reward the gamer who becomes more experienced and advanced. This balance is often reflected throughout the universe. The setting may seem a bit silly on the surface, but the lore is quite deep and explores many adult themes. A box set is often all you need to begin the best Warhammer 40000 games, but if you fall in love with it, it becomes less a game and more a hobby.

What Other Warhammer Add-Ons and Products Are Available?

As alluded to in the opener, Warhammer is a massive license. There are boxed games that let you begin in a focused way without needing to purchase much else. You will also find various rulebooks for Warhammer 40k games as well as individual miniatures, miniature sets, paints, brushes and so forth. If you want to explore Warhammer in more depth, you will find a collection of novels and comic books that rivals properties like Star Wars. There have been nearly 100 Warhammer video games and you can find some of them by following the link. Warhammer: Vermintide II is doing particularly well as of this writing, and fans are eagerly anticipating Total War: Warhammer III, a series that brings the tabletop game to the PC. 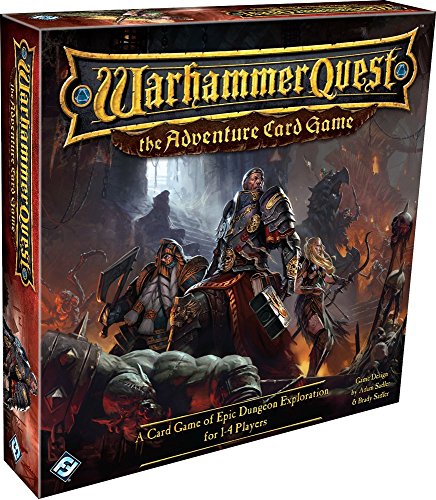 Fantasy Flight is a game company that specializes in what it calls Living Card Games—as opposed to collectible card games. Everything you need is in the box, but there may at a later date be expansions released that can add to the game with new heroes, environments, abilities and so forth.

With Warhammer Quest, Fantasy Flight has partnered with Games Workshop to give Warhammer the LCG treatment and create one of the best Warhammer games available and also one of the most accessible. Setup can be a bit time-consuming, so set it up ahead of game night the first time you play.

The quest unfolds differently each time you play. What we really enjoyed was the mechanical intricacy. Our sixth time through the dungeon, we were still learning how certain abilities interacted with certain environments, for instance. There are two expansions: Trollslayer and Witch Hunter. Both add spice to the gameplay and can help to offset that sameness that may creep in at playthrough 20 or so. 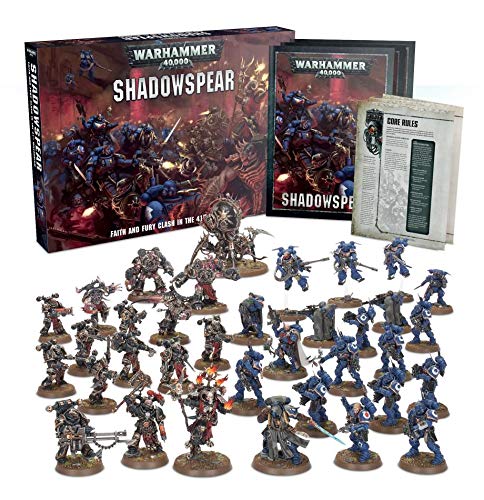 Shadowspear is among the best Warhammer 40000 games that has released recently. Let us start by pointing out that this is not a starter set per se. If you are a beginner who does not yet have the dice, core rule book and so forth, then you will want to begin with a starter box.

If you already have all that and are looking to take a next step, then this a good one. It has everything needed for two players to battle against one another and it pits the Vanguard Space Marines against the Daemonkin, which are Chaos Space Marines.

The models are simply gorgeous, and it is worth noting that these are the easy-to-build kind. These are great for beginners as well as busy experienced players who just do not want the hassle. The new rules are exciting and interesting, but they do complicate the core rules, and if you are more of a hardcore player, then this another rulebook you will be expected to have on hand for reference. 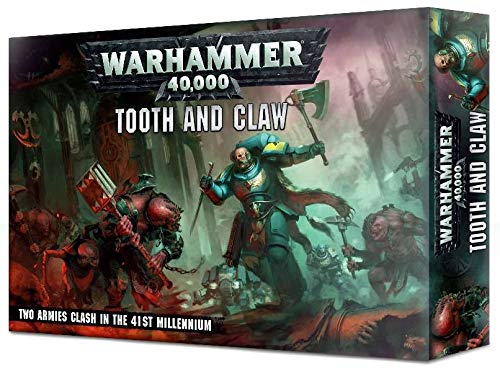 What makes Tooth and Claw great and among the best Warhammer 40k games available is the sheer value. Battleboxes are great idea in that they give players two starter armies at the very least, which is perfect for two players. They also pack in a lot of value because the boxed set is priced less than what it would cost you to buy them individually. This is among the best Warhammer games ever in that regard.

Both the Space Wolves and Genestealer Cult are really interesting factions with fantastic models and cool abilities. This is a great option for experienced players who want to expand their armies. It is also a solid option for beginners. You will need dice, which are not included. In addition, the core rulebook is not included. What you do get is a streamlined ruleset focused on this particular boxset. 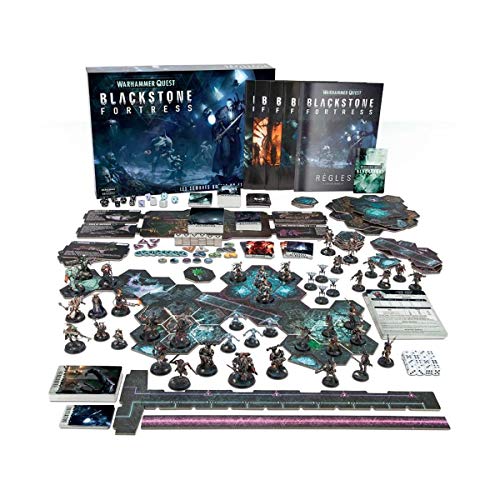 Blackstone Fortress is the second Warhammer Quest board game on our list. The other is an LCG. This one leans more into the best Warhammer 40000 games by employing dice and having abilities for the heroes and enemies that are not unlike the abilities you find in the tabletop wargame.

This board game really manages to get at the essence of Warhammer 40K. Something else that makes it an amazing game for RPG fans is the progression. At the end of a mission, you go back to hub and earn resources that will make you more powerful the next time you set out on a mission!

You do have to control all four heroes regardless of the player count. This can be a bit annoying early on but less so as you become more skilled. Additionally, the RNG can be unforgiving at times, but there are also times when everything rolls in your favor and you feel unkillable. 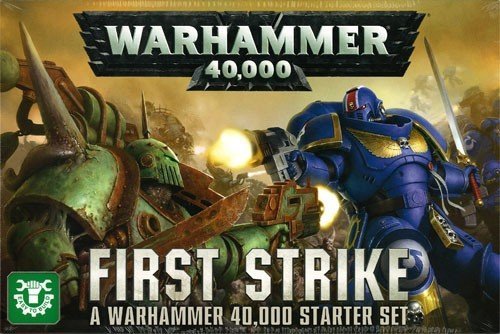 First Strike is currently the starter set for Warhammer 40k games, and it has everything needed to get started: models for two armies, terrain, core rulebook, dice and much more. There is even a getting started guide that introduces you to painting models and other ancillary aspects of the hobby.

In terms of sheer value, this is one of the best starter sets Games Workshop has ever created. The gamer on the fence can get their feet wet without spending a small fortune. The 40K pro should still buy this set because it is cheaper than buying the individual army packs included here!

Games Workshop also did a good job of minimizing unit crossover with the larger boxsets. If you love this and decide to upgrade to Dark Imperium, for instance, you do not have to worry about dupes. The campaign here is a bit on the short side, and we really miss the pocket-sized editions of the core rules that used to ship in these starter sets back in the day. 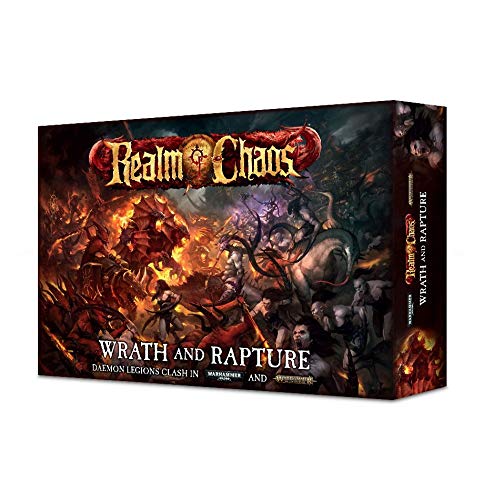 The best Warhammer 40000 games are now often split across Warhammer 40K and the newer Age of Sigmar. AoS is newer but shares most of the same rules. The big differences are that it is more hero-focused and emphasizes melee a bit more as well. Many if not most hardcore 40K fans play both.

The coolest thing about Realm of Chaos: Wrath & Rapture is that it supports both. If you only play Warhammer 40k games or only play AoS, you can ignore the other aspects. If you play both, however, then you are essentially getting two campaigns in one box, which is an amazing value.

This battlebox pits the Slaanesh against the Daemons of Khorne, and the models are amazing. However, these are not the easy-to-build kind, and we did come across a number of 40K fans who were displeased with how difficult this set was to prepare compared to most other sets.

Two-army battleboxes have become a focal point for Games Workshop, and we are really pleased by that. These boxsets just make the most sense for the average consumer. As for this particular box, not only is one of the best Warhammer games, but the value is truly impressive.

This set is worth it just for the mechanics of Primaris Space Marines versus the Craftworlds warrior conclave. The models are superb as well. But what really set this box apart for us is the lore of Vigilus and the guerrilla war beneath the surface and how the narrative missions here explore that.

You may see this set referred to as a starter. It is not since it lacks the dice and such. It is, however, a great next step for someone with a starter set that wants to expand their 40K universe. 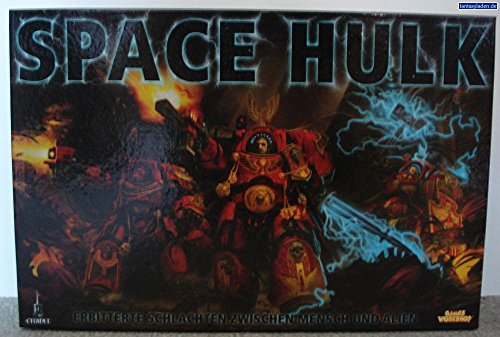 Space Hulk is a property that folded out of Warhammer 40K and is a board game that uses the miniatures and many of the rules of the main game. This is the fourth edition.

Space Hulk is all about armored space marines fighting in cramped quarters. The space hulk is a behemoth of a ship floating in space. The Genestealers coming out of hibernation are reminiscent of the alien in Alien, and the marines must take the ship against seemingly endless numbers.

We hate to list simplistic as a con. It is a matter of perspective. The simplified rule set has been a big part of Space Hulk’s success. But it is simple compared to many modern board games. Also, the genestealers are not nearly as fun to play. Everyone wants to be the space marines! 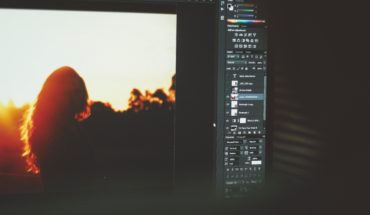 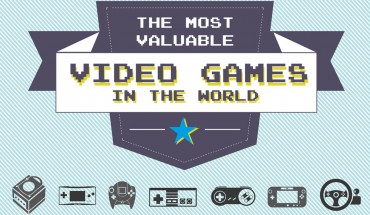 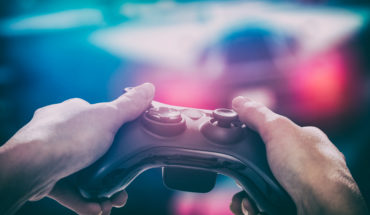