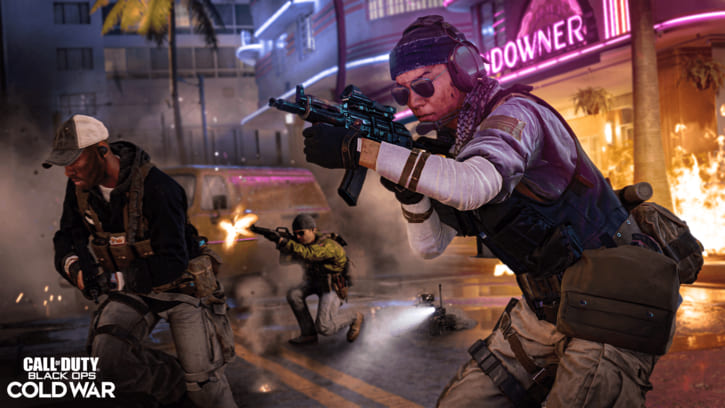 The AK74u is the premium Sub-Machine gun (SMG) in Call of Duty Cold War. It has quickly grown to become one of the most popular guns in the game.

In a game with 13 different primary weapon options with a variety of functions, this unassuming weapon has taken top plaudits and cultivated a strong opinion of being a versatile and powerful weapon.

The best aspect of COD Cold War is the variability and customizability of each weapon. All primary weapons have 5 available attachment slots that can help you modify various aspects like range, rate of fire, sound, magazine size and grips.

The SMG’s are often considered close range weapons with recoil over long ranges making them a poor choice for distant engagements and one-tap kills.

Then how has this gun become a fan favorite? We will analyze the best loadout for the AK74u and find out which attachments maximize its potential and make it a deadly weapon.

Opt for the Gunfighter Wildcard

The Gunfighter Wildcard allows you to increase the number of attachments for your primary weapon to 8 from the default 5. This is crucial when you play with SMG’s as it allows you to plaster over some of the weaknesses, making it a deadly weapon. If you are a SMG player, we suggest that you opt for the Gunfighter perk.

While there are multiple optics available for each weapon. This is more of a preference than having an advantage. If you are used to using certain optics, you should definitely use that and have a different one for each range.

These optics are the same for almost all the weapons which make it an easy pick for Call of Duty veterans to know what they are already used to.

The GRU Suppressor is good if you want to use the AK-47u in a more close-range type SMG. While it adds control and concealment, you will lose range significantly because of this.

The Sound Suppressor is basically the same but it does not add control in exchange for just a slight decrease in range. It is better if you still want to use ADS to fight enemies who are 15 meters away. While it is best to just avoid battles like this, especially if they are holding tactical rifles and assault rifles.

There are 3 options for the barrel. The 9.3″ VDV Reinforced adds more damage with no significant reduction. The 8.4″ Rifled adds more range to your weapon without any reduction but no boost to damage. The AK-47u is already powerful enough too.

The 10.3″ Task Force adds more damage than the 9.3″ VDV Reinforced but reduces control. This is my preferred choice for the barrel as the significant reduction to control will be thwarted by the added control from the Spetsnaz Speedgrip.

The Steady Aim Laser is great for hip fire accuracy without reducing any significant attribute like sprint to fire time or ADS speed.

Spetsnaz Speedgrip gives you more control that can help you get enemies that are far away from you or chase with your ADS faster when you catch enemies running.

The Taped Mags attachment gives you a faster reload without any reduction for combat. It is great if you have the Scavenger perk so you can spam your weapon more. While there are resupplies available in the map, they are extremely dangerous to approach.

Speed Tape adds another boost to your ADS time and increasing this attribute will give you an advantage when encountering enemies head on.

The No Stock attachment is a staple attachment as it increases sprint to fire time significantly by sacrificing your bonus from the Steady Aim Laser.

We believe that the combination of these attachments gives you the best option to maximize the potential of this weapon. SMG’s are handy for beginners and are deadly in the hands of pros. These attachments give it the range and damage of a rifle while giving you the mobility and hip fire accuracy of an SMG. The absolute best of both worlds.