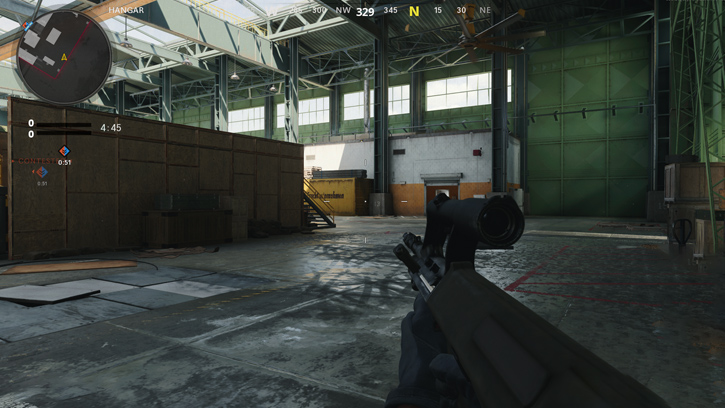 In this article, I will show you the best AUG class setup in Call of Duty Cold War. In my personal opinion, it is amongst the most overpowered guns in Call of Duty Black Ops: Cold War from the lot. The AUG is so overpowered that a single bullet to the head of an enemy can result in their elimination when using the attachments from below.

When it comes to the secondary weapon, I will leave that one at bay so that you can decide what is best for yourself as there are plenty of great options that you can opt-in for like the Hauer 77.

I have decided to go for these attachments because they decrease the natural recoil of the AUG to a much more manageable level. This makes the gun much easier to control when engaging with targets at pretty long distances such as on maps in the likes of Satellite.

When it comes to the Optic, I have gone for the Hangman RF purely because it provides the AUG with maximum accuracy. You can unlock this attachment when your AUG reaches level 47.

As per the barrel, I have gone for the 19.6″ Match Grade which you can unlock when your AUG reaches level 39. The reason that I have gone for that one is because it provides the weapon with over 30% more firepower while only taking away 5% of the movement speed of your character which is going to be barely noticeable. The benefits are definitely worth the tiny sacrifice when it comes to mobility.

In terms of the underbarrel, I think that the Field Agent Foregrip is the best for this AUG loadout. The reason being is that this particular attachment adds a whole new level of accuracy to the weapon, making it extremely efficient at long-distance engagements. The only downside is that again, it removes 16% of your movement speed, however, trust me, it is worth it. You can unlock this attachment when your AUG reaches level 41.

As for the handle of the AUG, the Field Tape in my opinion is the best attachment for the job. It literally adds +90% flinch resistance which is incredibly useful when you get stunned. It also improves your weapon’s accuracy quite a lot. This attachment is unlocked when your AUG reaches level 26.

And finally, the Stock. I have decided to go for the tactical scope, which boosts your movement speed by 20% when you are aiming down your sight. It is a brilliant attachment to have. The great thing about it is that it doesn’t negatively affect your weapon at all.

Now that we have created a long-distance beast, it is time to take a look at the potential improvements that we could make. I won’t lie to you, this loadout can make you a bit slower than you normally are which could be annoying. So, hear me out. These are the potential improvements that you can make to make the weapon a little bit worse in terms of accuracy while significantly improving your movement speed. At the end of the day, know that you can’t have it all.

Replace the Field Agent Foregrip with Infiltrator Grip or Patrol Grip for most speed. If you want a little bit more speed but also desire to keep the accuracy of the AUG fairly high, go for the SFOD Speedgrip which you can unlock last, when your AUG reaches level 50.

Furthermore, replace the Tactical Stock with the SAS Combat Stock which will lower your accuracy by 15% but will increase your shooting moving speed by 10%, and aim walking movement speed by 50%.

Whatever attachments you decide to go for, know that the AUG is an incredible weapon in Call of Duty Black Ops: Cold War. So, pick wisely and go for the attachments that make the most sense to you.