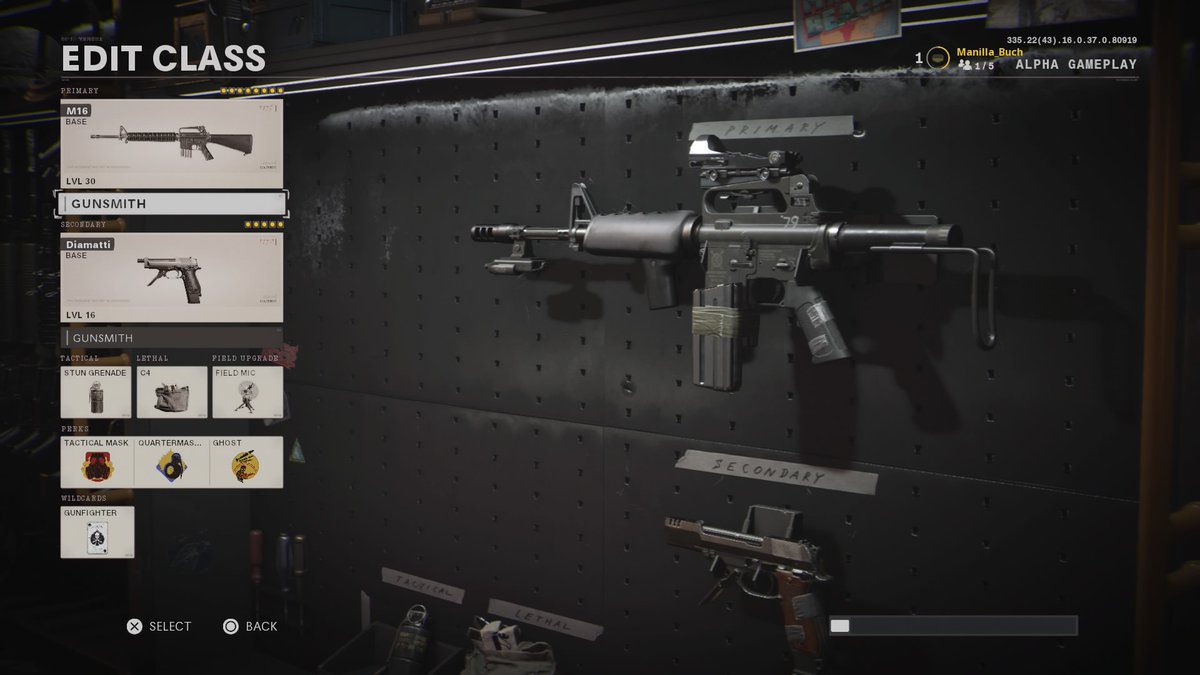 For all the burst-fire fans out there, in today’s article, we are bringing to you the best M16 loadout in Call of Duty Cold War. In this years series of Call of Duty, this tactical rifle is a beast of its own that has already been deemed by the community as overpowered.

Before we jump into putting together the best M16 loadout, we need to select the wildcard that will take this M16 loadout from being average to a killing machine. The one we are going to go for is the ‘Gunfighter’, which will allow us to add 3 extra attachment slots to your M16. Truly a game changer.

1) Optic – Millstop Reflex: Easily the best optic for M16. It is simple and effective for mid-range burst fire.

2) Muzzle – Muzzle Brake 5.56: Also, easily one the best muzzle for M16 mainly due to adding +10% vertical recoil control without without any cons.

3) Barrel – 16″ Strike Team: This reason we chose this attachment over any of the others is mainly because it not only boosts the guns fire rate by 22%, but also because the aim speed increases by 14 extra percent. The only downside is that the effective damage range is decreased by 50%, however, for this years maps, you will have absolutely no issues when it comes to range using the M16.

4) Underbarrel – Marshal Foregrip: Overall, a great underbarrel for M16 because it adds an extra 4% to your soldiers’ sprinting move speed, base move speed, shooting move speed, and aiming move speed. Only downside is a slight reduction by 6% in hipfire accuracy, but since you are playing with a 3-round burst-fire tactical rifle, you won’t even notice the reduction there.

5) Body – Steady Aim Laser: This attachment makes the M16 even more accurate than it already is, despite the reduction of 6% from the Marshal Foregrip underbarrel in the previous attachment. The fact that there are no cons to this attachment make it that much better.

6) Stock – Sprint Pad: This attachment will make your soldier faster on their feet overall by a whole 17%, making this loadout great for rushing opposing players.

7) Magazine – Fast Mag: Since reload speed is crucial in fast-paced games, choosing the fast mag attachment is a no brainer. Additionally, it has no cons at all.

8) Handle – Quickdraw Handle: An old Call of Duty favorite, the quickdraw handle. In Cold War, It offers +14% aiming speed, which will make you a nightmare to play against.

Besides a really powerful primary weapon, we need to take into consideration our secondary gun. In this case, we have gone for the Diamatti 3-round burst pistol, which in incredibly powerful for close to medium range encounters.

Both the stun and smoke grenades have their benefits to the game. Which one you choose is completely up to you, however, our go to in this case will be the stun grenade since we prefer to rush rather than staying in the same position.

As per the lethal, we will go for the C4 mainly because we like to clear up spaces using the C4 rather than the frag grenade. In our opinion it’s better because it is faster to use.

Making use of the field mic in combination with the M16 is quite an underrated combo. You can set it up strategically to monitor if someone is flanking you. One of the best ways to do that is if you put the field mic up against a wall, which will allow you to know if danger is nearby.

As for the perks, there is some flexibility there, and what perk you go for, would depend on your style of play. For us, we are going to go for the:

1) Tactical Mask: This perk allows your soldier to become more resilient to Flashbangs and Stun Grenades. On top of that, you will be immune to gas.

2) Quartermaster: This perk will allow you to recharge your equipment over 25 seconds.

3) Ghost: With this perk, you will become practically invisible to Spy Planes whenever you are moving, planting or defusing bombs, or controlling your scorestreaks.

And that is it. Feel free to implement this incredible loadout into your own classes and begin to dominate.