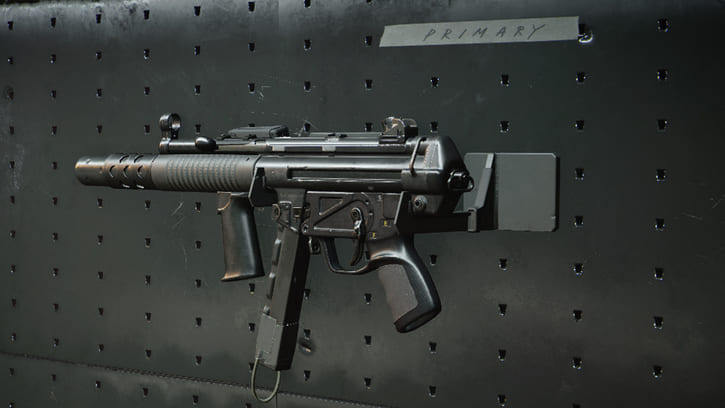 It is not only one of the fastest loadouts in CoD Cold War but is also extremely lethal. In other words, when it comes to close range combat maps where the best quick scoping sniper and the best AK47u loadout aren’t suitable for the job, this MP5 run and gun loadout should be your go to.

So, without further ado, let’s get into the best run and gun setup in CoD Cold War.

The idea behind this MP5 run and gun loadout is to indeed, run and gun down enemies with ease. That means that you will be as mobile as you could possibly be (very often much faster than your opponents) where you can cover a lot of distance very quickly. This will not only allow you to catch up to opponents that you are chasing but also escape from enemy fire much more swiftly.

Besides, if you love rushing in and surprising your opponent, leaving them with very little time to react while you nail them down with your MP5 with insanely fast aim down sight speed, decent hip-fire accuracy and recoil, this is the loadout for you.

Being quiet thanks to the Ninja Perk, and safe from enemy explosives thanks to the Flak Jacket perk, rushing inside tight spaces and small rooms should lend you some confidence. For the most part, this class is getting the absolute most out of the MP5 in terms of speed and accuracy. That is why I have selected the Gunfighter as the Wildcard of choice. It allows the MP5 to have extra three attachment on top of the 5 by default.

As a secondary weapon of choice, I have gone for the Gallo SA12 shotgun with attachments that buff its fire rate, damage range, accuracy, and most importantly for this loadout, mobility. So, if you run out of bullets on your MP5, rest assured that once you pull out the Gallo SA12, you can easily secure a kill before your enemy even has a chance to react.

Additionally, I have gone for the Stimshot which will allow you to re-peek more aggressively and recover at a faster rate between exchanges with your opponents. As per the Field Mic, it will provide you with valuable intel on the enemy position. For the Molotov, well, when you are in tricky situations, just throw one of those at your opponent and watch them burn. Besides, you can also block off entrances or windows for a few seconds to stop enemies from storming in.