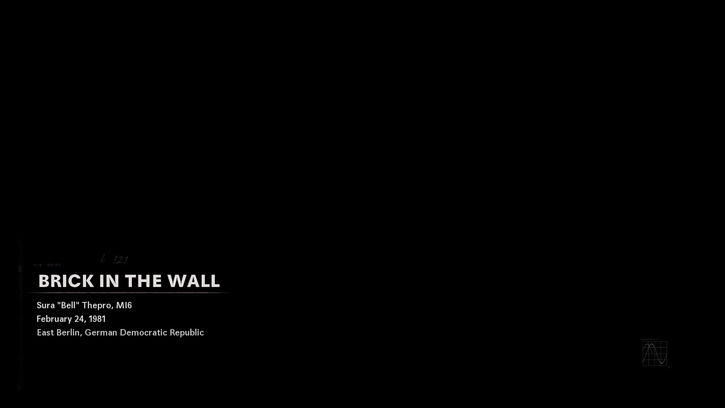 There are several hidden clues scattered throughout the Black Ops: Cold War campaign mode. These clues serve as intel in the optional missions that help reveal the entire storyline of the latest Call of Duty game.

Here is a step-by-step guide to help you find them:

After you escape from the café through the bathroom window, you have to evade a huge squadron of German police officers who are interrogating suspects and possible informants in the area.

Head right and pick the lock to enter an apartment and take out the guard on the first floor. From here, navigate to the area below the balcony after tagging all possible police officers using your camera. Use the intel of their whereabouts to safely navigate your wat across to the store with a guard inside. Take him out quietly and head to the green door on the far right.

As soon as you enter, you see police entering a room and locking the door behind them. Quickly cross the corridor and open the door on the other side. There will be a guard facing away. Use the Right Analog (R3) to take him out quietly.

Move on to the door numbered 732. Pick the lock to enter the warehouse where Richter is being held. There are three guards here who are oblivious to the American operative slicing through their ranks. Take them out quietly. You can use your gun if you are confident or just creep up and stealth kill all three.

After a brief chat with Richter (you can choose to kill him or let him escape), you will find a tape on the table in the middle. Pick it up. This is one of the three clues to Operation Chaos. You must already have a clue for this mission when you interrogate Qasim in the first mission. So you now have 2 out of three possible clues needed to unlock this side mission.

After you rendezvous with the crew, you are asked to infiltrate Franz Krause’s apartment. Head up to the first floor of the highlighted building. There is a door on the left. Wait for the female operative to make a phone call to his apartment to distract his wife. This gives you an all-clear to enter.

Now, use your tranquilizer dart to put her to sleep and stage her on the couch like she is sleeping. After this, head upstairs and hide in the kid’s bedroom and wait for Kraus to go downstairs to talk to his kid (you can listen for his footsteps to grow faint).

After this, head into his bedroom (the middle door on the landing) and approach the cabinet to the right side of his bed. Here you will find Frank Kraus’s Ledger.

This is an important piece of information for Operation Red Circus and tells you how Frank is being used to funnel money for the bad guys. There is also a tricky part in this mission when you are asked to bug a briefcase in Kraus’s house. Also, we have detailed guides for tricky moments in other missions like Killing Arash here and finding hidden clues in Redlight Greenlight.

Finding these two key pieces of evidence will help you unlock extra optional/side missions in this engaging campaign mode. Follow our steps to extend your playtime and enjoy playing through the fictional subversive plot to the cold war era. These optional missions also increase your understanding of the plotline and how a ragtag band of spies and soldiers dismantle top-secret government plans.