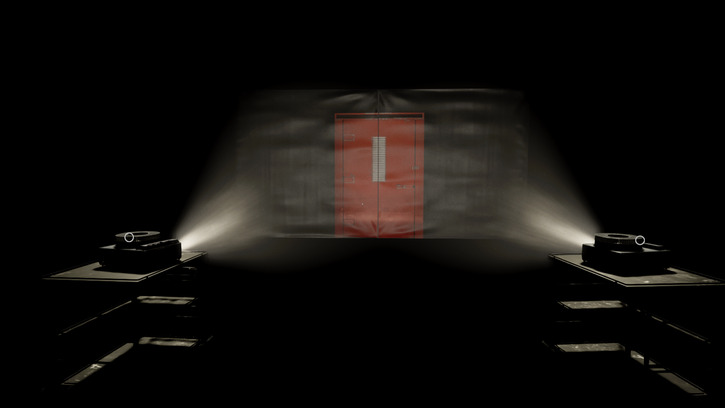 Finding Perseus through hazy recollections induced by hypnotics is no easy task. Over and over again, agent Bell (your character in the game) is forced to relive one of the toughest missions of his life in a bid to locate the memory of Perseus. Adler believes that this memory contains the secret to finding out what the Russians plan on doing with their recently acquired nuclear arsenal.

As you navigate through the fields of Vietnam, you can hear Adler telling you to follow directions. But throughout this mission, there seems to be an air of uncertainty. So how do you locate Perseus in your drug-addled memories? This guide will show you the steps involved in finding the red door and unlocking the secret to the CoD Cold War campaign.

This mission has several situations, where no matter what you do, you cannot avert the cinematics and choose another route. The final destination is the same, much like the mission where you kill Arash.

After you navigate your way across the rice fields by shooting everyone down, you reach a fork in the path. Take the right as instructed and enter the river bank. Here, do not climb up the ladder but head straight towards the caves (the prompt will lead you to the entrance). If you do go left, you end up in a confusing loop back through a zipline or a painful revive from Adler.

Silently takedown the two highlighted guards and finish off the rest of the small search party. Head away from the remaining American forces and exit the area. Head into the caves and take out the forces inside. You can choose to try a stealthy approach but in a closed space, you cannot glide through without raising suspicion. Brute force is your friend here like it has been across the CoD Cold War Campaign.

Access the red door outside the caves which will lead you to Perseus (or so you think). Do not waste your time looking for easter eggs inside the documents scattered inside Perseus’s bunker (like the clues you find in Redlight, Greenlight or hidden intel in Brick in the Wall). Your memory instantly becomes cloudy and you are transported back to the infirmary where Adler and the team are trying to extract information from you.

From here, you are forced into the same memory again.

This time you are given a different weapon and asked to run through the rice fields again. This time, you are asked to do it stealthily. This is a really nervy and intense part of the game and might cause you a lot of frustration. Don’t worry, we have you covered.

First, take out the first guy right below the ledge you stand on. Then, quietly move on to the right and head towards the hut. The hut has a guard outside, on the ground floor, and the balcony above. Take out all three of them with your bow and arrow.

This time, you are asked to go left into the path that leads to a village.

Follow the team across the bridge and into the village. After an intense battle in the village, a chopper will come to support you Follow the instructions to the T and you will find yourself in front of the red door (Following all of Adlers prompts also earns you a trophy, so do not be adventurous, yet.)

Here, see a meeting room. Head towards it. Once again, your memories fail you
(adding to Adler’s urgency) and you are asked to start the story all over again.

After frustratingly being teleported back to the very beginning of the mission, you are handed a grenade launcher to neutralize the enemies in the rice fields. After you bombard them with explosives, quickly head towards the path that takes you to the fork. From here, turn left and head towards the bridge again. Take out enemies on treetops hidden in the bushes. Head on toward the village and take the path to the left (near the giant statue of Adler’s head).

You will reach a ledge that resembles the one at the beginning of the mission. With your super, provide cover fire to your team and hold off the enemies and take cover from the barrage of bullets ricocheting around you. This time, you can call a napalm strike to annihilate the enemy forces and push on to the red door in the burning hut.

Possibly one of the most confusing parts of the CoD Cold War Campaign, the maze-like halls are a result of the hypnotics and fragile memories of Bell.

After you head through the door and move towards Perseus’s room, you find that the doors shut and the corridor just keeps extending. Look out for a clock on the wall. Every time you pass it, the number of clocks on the will increase.

Blindly run through the corridors until you see four clocks on the wall. You will be prompted o try and enter the door on either side of you, but this is futile. The doors will just close shut before you reach them. Keep running until four clocks are on the wall and then turn around. You will find the final red door behind you.

Enter this and join the meeting. You will finally uncover the secrets of the Russian nuclear arsenal that helps Adler and the rest of the team launch a counter-attack to try and prevent global pandemonium and the eruption of another world war.