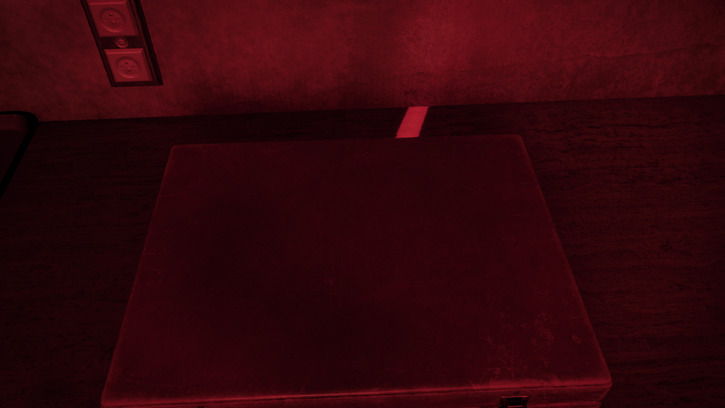 In the CoD Black Ops Cold War Campaign, there are many tense and nervy moments. But there is one particular instance that has everyone puzzled. How do you get to the suitcase in Franz Kraus’s apartment?

This small segment in the game is a particularly tricky puzzle to crack as it involves you having to pay attention to a lot of things around you with the constant threat of Krause walking in and alerting the guards.

Stealth is a key element of the entire Brick in the Wall mission. Constantly watching out for the stealth meter is crucial to ensure survival. One small misstep, and your location will be compromised, leading to a gun battle that will prove exceptionally tricky to win.

Quick Navigation show
How to Reach The Briefcase?
Inside The Office

How to Reach The Briefcase?

When you reach your crew after sneaking past numerous armed guards, you are given the main mission brief: get into Krause’s apartment and plant a listening device in his briefcase. This is a particularly tricky task as it involves a lot of stealth. And this mission also allows you to collect some hidden clues to unlock optional missions.

Walk up to Krause’s apartment and head up to the first floor. The door on the left needs to be picked. But before you pick the lock, wait for the female operative to make a phone call to his apartment to distract his wife. This gives you an all-clear to enter.

After you enter the apartment, the first step is to sneak your way into the living room. Here, you will encounter Kraus’s wife, who, if alerted of your position, will raise alarm. Sneak up slowly behind her as she tries to establish a secure connection on the phone.

Now, use your tranquilizer dart to put her to sleep and stage her on the couch like she is sleeping. After this, head upstairs and hide in the kid’s bedroom and wait for Kraus to go downstairs to talk to his kid (you can listen for his footsteps to grow faint).

Once you enter the office, you are instructed to find the briefcase and plant the device in. But before you find it, look in the desk drawer where you will find an essential clue for an optional mission in Black Ops Cold War. There are other secret clues that you can collect during Brick in the Wall that will help you crack several optional missions in the game.

Peruse the adjoining rooms and try and open drawers and cupboards to check for any hidden information. But make sure that you do not alert Kraus when he is tending to his child. Use the child’s bedroom as a location to hide if Krause decides to investigate.

After this, you will find a painting on the wall. follow the prompt and you can move the painting (which is askew). On straightening it, it seemingly does nothing. This is where things get interesting. Turn on your blacklight. Using this, scan the large wooden doors behind the painting. On the left panel of the door, you will see handprints.

On examining the handprints, you now have an action you can perform on the door. Go back to the painting and straighten it and quickly head to the door and press the designated button. You can now access a secret lair.

Once you enter this room, you find yourself in a completely dark space. Look for a small rope hanging from the ceiling that you can use to turn on the lights. The room looks like a dark room to develop negatives of photographs (ancient technology, right?). Head to the far corner of the room to find a briefcase on a table. Follow the directions to open it and place the recording device/bug.

Don’t think the mission is over yet, as there are some surprises still. As you finish planting the bug in the briefcase, you hear some scraping and muffled yells coming from a closet to your left. Investigate the sound and you will receive a surprise in the form of Krause who does not take kindly to your invasion of his home and tranquilization of his wife.

There are several secrets to uncover throughout the game. In a subsequent mission, you can uncover many other secrets that will lead you closer to figuring out the Russian’s plans and also learn a few startling secrets about close allies. You can find a guide to finding all hidden secrets in the mission titled Redlight, Greenlight in CoD Cold War campaign.