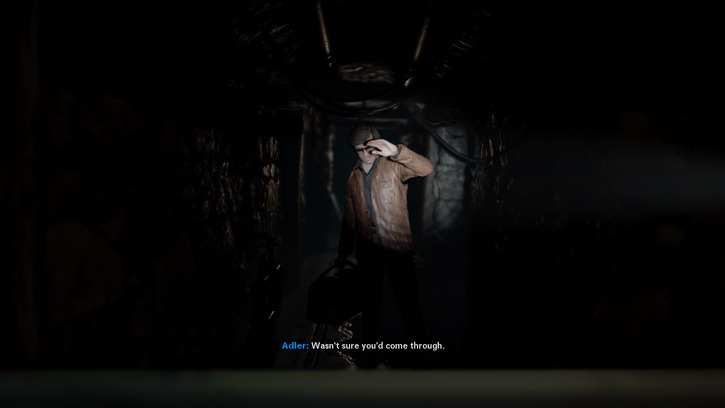 In CoD Cold War, you fight your way through the Redlight Greenlight mission collecting intel and get through the Russian base in the frozen mountains on Echoes of a Cold War. You now have enough intel showing that Russian mission briefs are being held in the KGB headquarters.

Using an informant/CIA spy Colonel Dimitri Ivanovich Belikov – Adler and ‘Bell’ try and break into the headquarters to get their hands on Gorbachev’s top-secret plans.

The crucial intel is held in the bunker – the bottommost level of the headquarters. Suspecting a mole, the Russians have revoked Belikov’s (and several other top Russian military personnel’s) key privileges.

To get it back, you get a map of the entire base with several possible routes to get the key from General Charkov.

There are several routes to obtain the keycard but one is the easiest. We will look at all four routes, the outcomes, and which route guarantees success. This mission also has a hidden clue like the Brick in the Wall mission. We will show you how to acquire it.

After your conversation with Gorbachev and Zakhaev and disabling the cameras, you can head to the data unit where you speak to a guard to try and reactivate your now defunct keycard. On speaking to the guard manning the station, you find out that you need permission from the war room to access the data room.

Head to the war room and take out the guard there patrolling outside. Stow his body quickly and pick the lock to the door. After you enter, quickly get the documents and then hide. Wait for the other guard to finish investigating the noise through the window.

After this, when you head back to the guard outside the data unit, you can give him the required documents and enter the room. You can access a bunch of empty keycards which you have to take to a separate location to activate. When you head to the big double door indicated by the marker, you find yourself heading up a big staircase only to find that this section has been roped off with restricted access.

This makes this pathway too loopy and complicated without any return. You have an empty keycard with no way to gain access to the bunker.

This is one of the more complicated yet fun ways to access the keycard. Of the three successful ways we tried out, this one was the most espionage-like method.

Once you reach his office, speak to his secretary outside. He lets you know that Cherkov will be available after he deals with a prisoner. Quickly head to the highlighted location. It is a room/ lab with a computer and a locker that contains the poison that you will trick Cherkov into consuming.

To get into the locker, you will have to get a 6-digit code. This is a tricky puzzle to solve. Fire up the computer and you can navigate to the page that contains the formula for the top-secret, highly lethal poison.

The screen shows you the chemical used in the formula. Find these Chemicals on the chart behind you and locate their atomic numbers. Look for Sulfur (S), Rhenium (Re) and Neodymium (Nd). The code is 16-75-60. Use this to open the lock and access the vial.

Now, head back to the security guard and request to meet Cherkov. He will allow you inside and quickly bring in two cups of tea. Pick one when Cherkov is on the phone to empty the poison into. He will most probably pick the one without poison in it.

Look at one of the highlighted images behind him which will prompt you to ask a question. He will turn around to look at them. Swap the cups when he is looking away. When he turns back around, urge him to drink the tea. He will die in 30 seconds. Take his keycard and head to the basement.

This method can be used to get the keycard but is slow and tedious. To frame him, first head towards the highlighted area on the map. you will find yourself facing General Kravchenko (man with the black jacket at your meeting with Gorbachev). Convince him that you have intel on Cherkov being the mole. He will ask you for proof.

Assure him that you will acquire it and head towards the highlighted room. Here, you will find two guards. take them both out stealthily and head into the small room beyond. Here, access the computer and follow the minigame. Choose the right digits that are not on the sheet of paper.

You then get an option to change your tainted phone records to Cherkov’s name. Do this and grab a printout from the printer outside. Rush to Kravchenko and hand this over. He will then apprehend Cherkov and place the contents of his pockets on a counter. Grab this once they leave and head towards the basement to unleash the American duo.

This is the quickest route and you can find a hidden clue that will help you unlock an optional image in the CoD Cold War campaign.

Head to the cell where the prisoner is held (highlight it on your map). Try to intimidate him but you do not have the evidence that you can use as leverage. A new location is highlighted on the map.

Head there and sneak in. There will be a guard here. take him out quietly and stash his body. Head into the small room on the right where you will find the secret intel for an optional mission on the table. Pick it up. You can find the evidence required to convince the prisoner on the shelf on the left. You find out that Cherkov intends to kill his family.

Head back toward the holding cell and tell him that his family is in mortal peril. He will crumble and ask for your help in saving them. Tell him that you will help him if he takes out Cherkov when he enters the cell. Now just wait.

Cherkov will enter the room and you will hear a scream. A guard will enter and kill the prisoner. But Cherkov will be eliminated. Send the guard to watch the corridor outside and take the keycard from Cherkov’s pocket. Head down to the basement to start the next part of the mission.

This mission requires stealth but you will be helped by the map (much like the RC Car helps you in the mission to Kill Arash). Use this to navigate to the best choice. You can try out all four choices. But the best and the quickest one is convincing the prisoner to kill Charkov. After this, you have a huge shootout to reach the vault and from here, you will make your escape in dramatic fashion, CoD style.