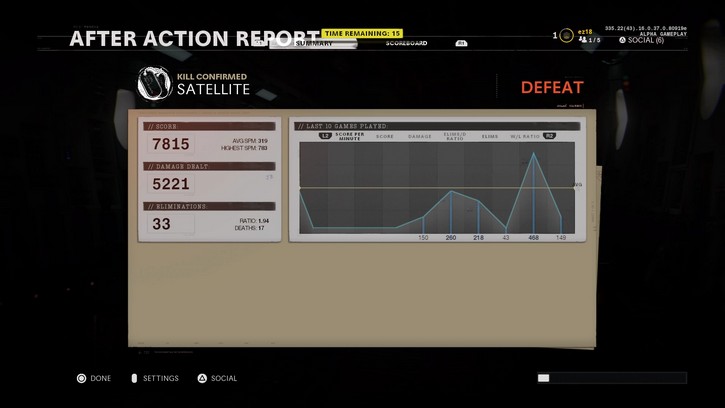 The first thing you should look aim for is unlocking “Create-A-Class” so you can customize your own loadout. Although you will start with just a plain weapon, it is best to hit two birds in one stone and level up your desired weapon while leveling up your account rank as well.

To unlock class creation, which is basically setting up your own loadout, you will need to reach level 4. You can reach this level in around 2 or 3 games depending on your score and will let you setup a loadout with the starting weapons available.

In my opinion, submachine guns and assault rifles are the best way to level up. It poses a much faster pace and it will eventually lead to more encounters with enemies. As long as you are killing at an above average rate, you will pile up a ton of score points to increase your account rank.

Try and choose between the XM4 and the MP5 at the start and if you prefer trying out other guns after unlocking them, I would suggest switching as early as you can and focus on that weapon. Obviously, players with the most attachments unlocked will have a significant advantage over others without them.

The best strategy would be focusing on weapon right at the start like the XM4 and MP5 and play it until you unlock every attachment for that weapon. After doing that, you will most likely reach around account level 30 and you will unlock the Lawbreaker wildcard and maybe even the Gunfighter wildcard as well.

You can then choose to pick another weapon so you can progress both a weapon of your choice and your account level again. If you do not have a weapon you want to level yet, you can choose to stay with your maxed out XM4 and MP5 until you unlock it.

The best game mode for leveling up is Combined Arms: Domination. The number of players in the game and the number of control points to capture are so many that there are multiple ways to boost your score. As long as you play the objectives while also killing all the players you see, this will be the best method in leveling up.

Killing enemies will give around a +50 score and getting a kill while near an objective will give you +75 instead. Defending and capturing points will also give a significant amount of score depending on how long you have been securing the point. Taking over neutral points at the start will get you an easy +50 score.

Trying defending highly contested objectives and try to gain a killstreak. Try not to camp in a single area while holding an objective because they will most likely throw grenades and equipment.

The only problem with playing Combined Arms: Domination is that when you are playing on a large map like the Crossroads, it will be significantly slower to finish the game and become a slower process in leveling. You can choose to leave the game and join another one if you really want to “speedrun” your leveling.

Other game modes like Team Deathmatch, Hardpoint and Kill Confirmed will all be great for leveling too. If you want to play those game modes specifically, you still can since it gives enough scores for the experience too. I just find Combined Arms: Domination a bit faster based on playing their Alpha and Beta.

Tips and Tricks for Leveling

At the end of the day, leveling up really fast is heavily dependent on how good you are. You might find it slow if you are not fragging as much as you can but hopefully, this guide showed you other ways you can try to boost your level more by playing the objectives and playing smarter.