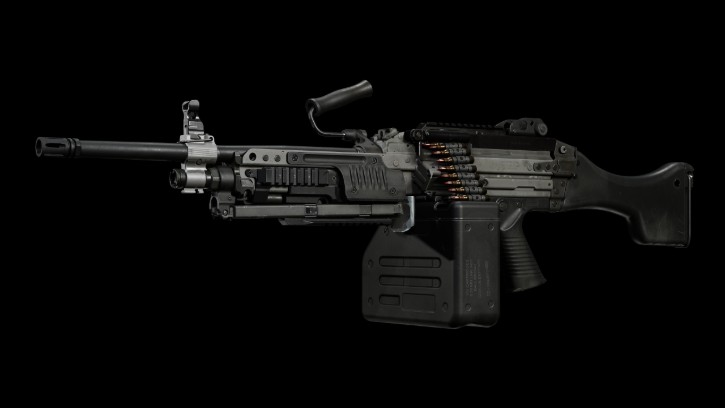 The Bruen MK9 is one of the most lethal guns in Warzone – finally giving players an LMG as a genuinely useful loadout option. It has limited recoil and really packs a punch at a medium range, making it a suitable Grau alternative.

However, many people are finding that it’s pretty challenging when they see how to unlock the Bruen MK9.

To unlock the Bruen MK9, you need to complete the challenge of getting 3 kills when the enemy is near smoke in 15 different matches using an LMG.

This is quite an awkward and time consuming challenge, even on multiplayer. But we found a number of ways to make it simpler, so we’re sharing those tips with you here.

How to Unlock the Bruen MK9 in Multiplayer

As is the case with many of these challenges, it’s a lot easier to unlock in multiplayer rather than Warzone (probably to make more people buy the game).

The basics are pretty simple: create the best class to unlock the Bruen that uses an LMG – we recommend the PKM which is unlocked at Level 1, and throw Smoke Grenades on as your tactical equipment.

However, the tricky part of this challenge is that your enemy needs to be in (or near) the smoke when you kill them for it to register for this challenge. If you throw the smoke at them and then try to kill them…you can’t see them.

You have two options for this: try to do it anyway by shooting blindly through the smoke. You can play on small maps and game modes like Shipment 24/7, Shoot the Ship or Dirty Old Houseboat.

You ideally want Shipment 24/7 because the buildings or constructions make this challenge significantly more difficult on Shoot House or Rust, but it’s definitely still possible on them. Consider opting for hardcore to require you to land even fewer bullets.

Or, as a second option, you could try to rank your PKM up a little bit first, which is what we did after first attempting the option above.

Utilize Double Weapon XP if you can (either a promotion weekend or use a token if you have one) to make this faster. You need to rank up to gun level 26 to unlock the Solozero NVG Enhanced optic; a thermal sight that can see through smoke.

We recommend going for the second option as it will likely save you time (and your K/D) overall. Pop into multiplayer and just slay opponents using the PKM until you’re level 26, then put the thermal sight on. Combine this with smoke grenades and the Restock perk that will automatically resupply your smoke after 25 seconds.

It’s important to remember that your enemy must be near to the smoke and you must kill them using your LMG. Don’t waste time switching to your secondary or throwing grenades if you can really help it.

A bonus of this challenge is that it doesn’t need to be your own smoke that is thrown in order to register. If you have friendly teammates that can help out, they could put smokes onto their own classes to assist you. The enemy could even be within their own smoke and it would still register.

Like we recommended with the Rytec unlock, back out of the game once you have your 3 enemy kills near to smoke and jump into another one. This is the fastest way to complete the challenge if you’re happy to add the losses for backing out early to your record.

However, due to the challenge being slightly vague – what is ‘near to’ smoke? – you might want to get 4 or 5 kills that should qualify before backing out. Better safe than sorry.

The only other tip we can give for this is that we noticed the challenge was sometimes slow to update. Occasionally it would say we hadn’t made any progress after one game, but then after the next, we were 2 additional matches through the 15 needed.

This is a bit of a grind, but the Bruen is worth it.

How to Unlock the Bruen MK9 in Warzone

If you thought this challenge was hard in Multiplayer, it’s 10-times harder in Warzone because you have to find suitable loot and if you die twice, you’re out.

If you’re going to complete part of this before you pick up a loadout, you need to be lucky enough to find an LMG and smoke grenades on the ground or in loot boxes. If you’re playing with teammates, hopefully you can convince them to let you take them if they find any.

Similar to the issue when playing in multiplayer game modes, when you throw a smoke near to an enemy, you’ll struggle to see them – making it extremely hard to finish them off. And on Warzone, you need to put many more bullets into your enemies to get a kill.

If you’ve got your loadout and you’ve managed to create a class that utilizes a thermal optic like we recommended above, that really helps. But be wary; a greater percentage of people use the Cold Blooded perk on Warzone – though this won’t be an issue if it’s early in the game as most teams won’t have their loadouts yet.

So, one tip is to go for early contracts and money so that you can call your loadout in as soon as possible. At least this way you can guarantee that you have a good LMG class with smoke grenades on, even if you haven’t unlocked the thermal scope yet.

However, our number one tip for unlocking the Bruen MK9 in Warzone actually makes this challenge a lot easier.

That tip is to down enemies in a regular fashion – either yourself or your teammates. You don’t even need to be using your LMG to down them.

Once they are downed, and you’re sure that it’s fairly safe to do so, throw a smoke grenade near to them, run over whilst they’re on the ground, and finish the kill using your LMG.

Bonus points if there are two downed enemies to eliminate in the same smokey area.

This is perfect, and again helps if you’re playing with teammates. If they’re kind enough, they’ll let you finish their kills to help you complete the challenge.

They’ll still get the kill on the scoreboard for downing the enemy, but you’ll get the progress towards your challenge at the same time. Two birds, one stone.

You’ll need to get 3 kills in the same Warzone game in this manner, so you’ll need to restock your smoke grenades by finding more on the ground or by calling in multiple loadouts.

We wouldn’t recommend backing out after you’ve got your 3 kills, but that’s only because we can’t resist going for the Warzone victory.

This challenge is slightly easier to complete in a game mode like Stimulus Trios.