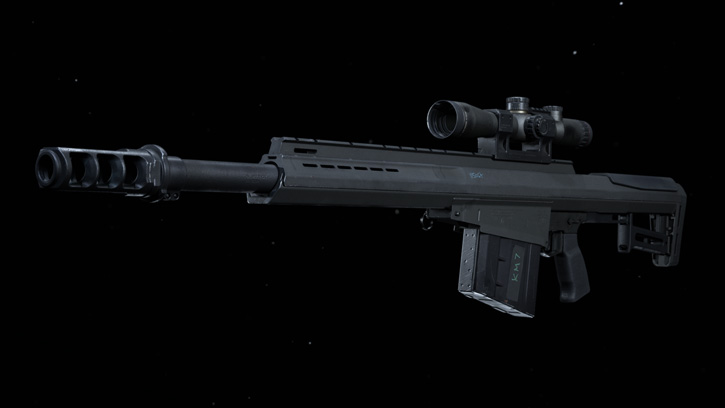 In this guide we’re going to be teaching how you how to unlock the Rytec AMR Sniper in Call of Duty: Modern Warfare, either on multiplayer or on Warzone. Don’t worry, it’s pretty easy and shouldn’t take you long.

We’ll also be talking you through how to unlock explosive and thermite rounds, which attachment is the better out of the two, and how best to use them.

First things first, how do you unlock the Rytec AMR?

How to Unlock the Rytec AMR Sniper

To unlock the Rytec AMR, all you need to do is get 3 quickscope kills in 15 separate matches. To qualify as a quicksope, you’ll need to get a kill within just 1 second of being aimed down a gun’s site, and you’ll need to be using one of the guns from the Sniper Rifles or Marksman Rifles weapon category.

The best gun to use for this, in our opinion – and the opinion of many players, too – is the Kar98k. You’ll find this in the Marksman Rifles category.

The Kar98k is a bolt action rifle that offers one-shot kill to the chest or head. You can also aim down site incredibly quickly with this gun, making it a suitable option for completing the Rytec AMR challenge objective.

A great way to complete this challenge is to jump into a 24/7 Shipment playlist, or a Shoot-the-Ship playlist, where you’re playing in objective games on the tiniest maps in every match.

Once you have 3 quickscope kills in a game, be a horrible team mate – leave everyone in the lurch – and quit. This will result in a loss on your record (if you’re the type to care about that kind of thing), but it will count towards your Rytec quickscope challenge.

We recommend getting 4 quickscope kills before quitting, just in case one didn’t register for whatever reason. This is unlikely, but it’s better to be safe than sorry.

How to Unlock the Rytec AMR in Warzone

This is a quick and easy objective, unless you only have access to Warzone. This is going to take you many hours to complete in Warzone lobbies – unless you’re extremely skilled and can get all of your quickscope kills in a single game.

The best way to do this is still by following the general tips above – use a Kar98k class with some good attachments on it – but you might want to get your teammates on side to assist with this.

To get your quickscope kills in Warzone, where health is much higher and you’re almost never going to get a one shot kill even with an HDR, let alone the Kar98k, you’ll need to quickscope an opponent who is already downed.

There are a few ways you can approach this:

How to Unlock Explosive Rounds

The only way to level up your gun is to get kills with it.

Level 10 is a low level to reach and it won’t require a huge volume of kills to achieve this. The exact number of kills you need or the time it will take will depend on what multiplayer game mode you’re playing, or if you’re playing Warzone, or if you have a double XP token activated.

It shouldn’t take you more than a couple of hours of play time to reach level 10, regardless of the game mode you’re playing on and irrespective of your ability. Just keep sniping people and you’ll be making progress.

Once you’ve reached level 10, you’ll now have the 25x59mm Explosive 5-R mag available as an attachment under Ammunition.

How to Unlock Thermite Rounds

You need to reach level 24 on the Rytec AMR in order to unlock thermite rounds. Just keep getting kills with the Rytec sniper and eventually you’ll have access to the thermite mags.

Explosive vs Thermite Rounds: Which is Best?

The Rytec explosive rounds explode and deal damage around the blast area – between 20-30 damage depending on the player’s proximity to where the bullet lands. Using the EOD perk can help negate this explosive damage, but there’s not much saving you if you get hit by the bullet directly.

The explosive bullets are also incredibly strong against vehicles. It only takes 3-4 bullets to destroy small vehicles, and 5-6 shots to destroy a chopper. That’s right, you can take down an enemy helicopter in just over one clip, making them an extremely valuable option within Warzone.

You can also use these to explode cars in multiplayer. The spawn-to-spawn sniping on Picadilly Search and Destroy just got even more dangerous.

The benefits of the explosive bullets don’t stop there. Trophy systems do not work against explosive bullets, meaning you’re not protected even if you’ve followed the meta of setting up a trophy on your vehicle as you drive.

Thermite rounds are similar to explosive rounds in that they have a damage radius. The bullets land and ignite, but unlike the explosive rounds they will keep inflicting damage for quite a few seconds – in the same way a molotov continues burning on the ground after it’s been thrown.

This makes the thermite rounds quite useful for cutting off enemy running lanes in certain multiplayer game modes.

Despite the fact that both bullets will deal similar amounts of damage when you hit people directly, we think the explosive bullets come out on top when you compare the Rytec AMR’s explosive rounds vs thermite rounds.

This is especially true in Warzone, but we think explosive rounds edge it on multiplayer game modes too – exploding vehicles near to enemies in Search and Destroy could be a huge use case, for example.