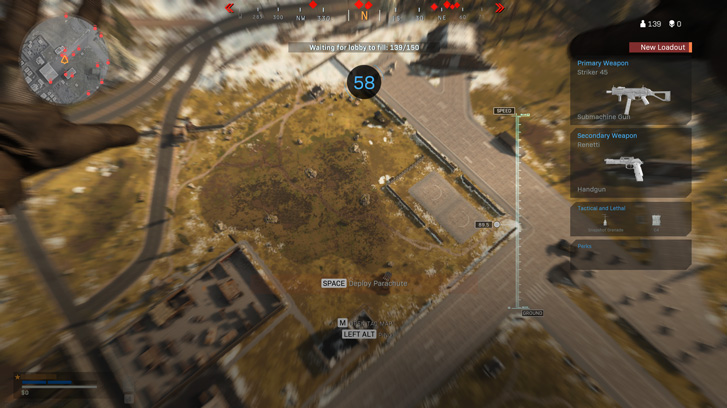 Stimulus has added a new dimension to the Warzone game mode, increasing the emphasis on trying to increase your kill count rather than simply camping in a building and waiting until the gas defeats the majority of your enemies.

We’re going to take a look at how the Stimulus game mode differs from the regular Warzone Battle Royale, and we’ll also give you some top tips for Stimulus Trios to get more wins on the board.

Quick Navigation show
What is Stimulus Trios?
Stimulus Trios Tips
Buy Loadouts Immediately
Drop Near a Buy Station
First Two Down Drop Their Cash
Call in an Early UAV
Get All Team Members to $4500 ASAP
Hunt Down Contracts
Call in UAVs Often
Conclusion

What is Stimulus Trios?

Stimulus Trios is a Battle Royale version of Warzone, in teams of three, where a player that dies will automatically redeploy to the map as long as they have at least $4500 of cash.

There is no gulag; either you have the cash and redeploy, or you’re out if you die. Unless your teammates buy you back, of course.

Every player in the game starts with a balance of $4500, meaning you start with enough to return from the dead on one occasion without any looting necessary.

Like with the gulag version of Warzone, there is a time limit on coming back from the dead that expires near to the end of the game. Once this time is up, automatic redeploys are over and you’ll have to rely on your teammates to buy you back if you die.

This is slightly risky as you are forfeiting your ability to redeploy if you die, but the advantage a good loadout gets you is worthwhile. Buying loadouts as early as possible should be the goal in almost any Warzone mode, but this is especially true in Stimulus.

Drop Near a Buy Station

When you’re flying into Verdansk for the first time in a match, you’ll want to be landing on a buy station – or at least near to one.

As the strategy of immediately calling in loadouts becomes more well-known, buy stations should become increasingly busy landing spots. If you can land on a buy station unchallenged, that’s great. If it looks busy, try to land nearby, pick up a weapon, and pick off the opponents that are scrambling to get their loadout in.

First Two Down Drop Their Cash

Assuming you’re communicating with your team, you should be on the same page with regards to which buy station you’re landing at. With all three of you heading in the same direction, the first two to land should drop their cash, and the third should pick up the cash and purchase a loadout marker.

The two should immediately begin looting nearby buildings for the 10-20 seconds it will take to buy and call in the loadout. Every early dollar found is crucial to a team’s success in Stimulus Trios.

Call in an Early UAV

Not everyone will be fortunate enough to land on a buy station – and many won’t even know of this strategy.

You should call this UAV in straight away. Your funds will be tight at this point and none of your team has the money to redeploy, so you need to know if enemies are approaching nearby.

If nobody shows on the UAV, and you landed at the only local buy station, you can begin looting without having too many worries. You know that no one else can have their loadouts in the area at this point – so nobody can be sneaking up on you using Ghost.

If people do show on the UAV nearby, you have to make a decision. Do you go for the kills and risk your game being over, or do you hide and hope that they leave the area? That decision depends on your own playstyle, ability and team tactics.

As soon as one member of your team has the $4500 required to redeploy if they die, that person should begin passing all of their spare funds over to other members of the team until all three of you have enough money.

Ideally you should be getting this money from floor loot and boxes; contracts are risky business to go for when you don’t have the money to return if you die. Opponents will often be heading for the same contracts that you have your eye on.

If a player does die and redeploys to the map, the team should look to share their funds to get that player back to $4500 as soon as they can. Remember, this player will have lost all of their money when dying.

Once you have enough money to redeploy across all of your team members, contracts should be hunted down as frequently as possible. Having money rolling in is crucial in Warzone, but even more so in the Stimulus version.

Recons aren’t quite as important in Stimulus as they are in the regular BR mode, though the Circle Peek feature does still offer a benefit over not having it, of course.

Most Wanted contracts are fine picks at the very start if you can camp out a building and you already have $4500 across your team in case you get attacked. You probably don’t want to pull one of these in the second half of the game unless you get absolutely desperate to bring your teammates back to life, i.e. you have no money, no weapon, and no other contracts nearby.

Scavengers are always popular because of the amount of money they give you, along with armor satchels, gas masks, field upgrades, and fairly decent secondary weapons to pair with your loadout gun.

Bounties are the preferred contract of choice for teams that enjoy hunting down kills at any stage of the game, especially as other teams can complete the contract for you (though you’ll only get half the reward).

Supply Run contracts aren’t too valuable in Stimulus because the money you receive from them isn’t that high, and the free self-revives they offer – whilst definitely having their uses – are less important in this game mode as you’ll always come back to life as long as you have the money. Unless the respawn window has closed near the end of the game, of course.

Regardless of which contract types are your preference, one thing is for certain: you need to be completing them on a regular basis in every game.

Because players are more aggressive in this game mode, and because a lot more than 50% of dead players redeploy to the map unlike with the gulag on Battle Royale, you’re going to get lots of players constantly returning to Verdansk from the skies – without their loadouts, i.e. without Ghost.

You’ll need to have a steady stream of UAVs coming in to keep your team safe and to maximize your kill counts.

This is why completing contracts regularly is so important – to keep funding those UAV purchases.

Hopefully you’ve picked up a good number of tips for Stimulus Trios in this guide.

If you are to remember one thing for this game type, it’s to ensure your team continually has the required funds to redeploy – keep sharing money around.

You might ask yourself “why are you recommending that we keep the required funds in our team and risk all of our money on an early loadout?”

That would be a fair question.

The logic is this: an early loadout is going to give you the chance to win more games.

Yes, occasionally you might get caught out and your team could get eliminated early. But it’s better to lose quickly and win more often than it is to lose slowly and win less often.