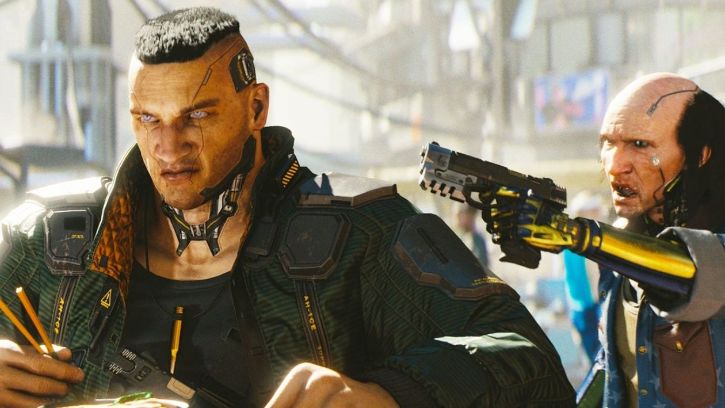 With the incredibly long development time of close to 7 years, the countless delays seen throughout this period, and despite the game going gold, we are finally set for Cyberpunk 2077 which releases for current-gen and next-gen consoles, as well as for PC, much to the excitement of fans of the developers CD Projekt Red.

That being said, fans are speculating whether the long wait is worth it and if Cyberpunk 2077 is as expansive and varied as they say it is. Luckily, reports have been coming out lately about the length of the game, stating how long to beat the main story would be as well as how long to beat the whole game in itself is with claims for the developers themselves.

In this article, we will be looking at how long it takes to complete Cyberpunk 2077.

Quick Navigation show
How Long is Cyberpunk 2077’s Main Story?
Side Quests and Exploration
Not as Short as it Seems
Conclusion

During one of the Night City Wire episodes, Cyberpunk 2077’s very own podcast, one of the developers has said that Cyberpunk 2077’s main story will be slightly shorter than The Witcher 3’s (though side stories will likely far exceed that game’s playthrough time).

The Witcher 3’s story in itself takes at least 45 hours to complete if you ignore all the side quests, so we can expect Cyberpunk 2077 to have at least a 40-hour campaign. A very respectable amount of time for a game that is not an RPG.

It is also good to note that Cyberpunk 2077 is the first of its (supposed) series, so players will find themselves to be unfamiliar with the world unless they have played or read about the tabletop RPG that it is based on. This would only mean that players will spend a lot more time familiarizing themselves with the lore of the game as everything will be brand new in their viewpoint.

Side Quests and Exploration

As for side missions and side quests, The Witcher 3’s vast web of interconnected storylines and worlds to explore can bump that to at least 100 hours of game time and according to the developers, the side missions in Cyberpunk 2077 will be a lot more engaging as well as more intricate than The Witcher 3’s.

No real concrete time was given, but that statement could mean that you could find yourself lost in the world of Cyberpunk 2077 a lot longer than in The Witcher 3. And finally, for those looking to fully explore the game’s ins and outs, completing The Witcher 3 to 100% takes at least a total of 165 hours, with more thorough gameplays taking at least 200+ hours.

Not as Short as it Seems

It might seem daunting in comparison to The Witcher 3’s playtime, but on an interesting note, one of the QA testers for Cyberpunk 2077 has gone on record to say that they have clocked in a total of 175 hours of playtime and has yet to see the end game credits.

There is no real indicator of how far he is into the game so that 175 hours of playtime is definitely something to be confident about and that Cyberpunk 2077 will be as lush with content as The Witcher 3.

That being said, let us always remember that everyone games differently. There are people who have spent upwards of 200 hours on The Witcher 3, most of that just playing the Gwent minigame and not at all completing side missions and main quests.

It is all about the immersion you get from the game and how long you would want to spend in its world and conversing with its characters.

Could it be then that CD Projekt Red is only accounting for Cyberpunk 2077’s story mode when it said that it was “technically shorter” than The Witcher 3 when we are receiving reports that game time has already reach 175 hours for one person?

If there is one thing that we are sure of though is the CD Projekt Red revels in creating a world that is worth exploring and taking part in, and Cyberpunk 2077 definitely looks like a game that you could immerse yourself in for a very long time