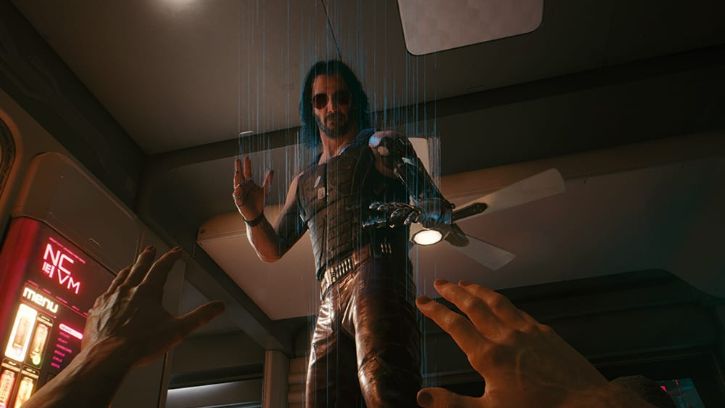 In the world of Cyberpunk 2077, sometimes it is better to be discreet than to be aggressive and threatening. Holstering your weapon during stealth sequences or when trying to blend in with the citizens of Night City is an important distinction so that you do not attract much attention to yourself.

In this guide, we will be looking at how to holster your weapon away from the curious eyes of the public and the several situations it can be useful in.

How Do You Holster Your Weapon?

These controls can always be changed in the options menu, so if you do not like the default button mappings, feel free to do so.

A common mistake people do to try and holster their weapons is by bringing up the weapon wheel and selecting the Unarmed selection. This indeed does put your weapon away, but you will still be in a fighting stance with your fists which would still lead to conflict with NPCs when you are meant to act a bit more civilized in front of them.

Why Would You Want to Holster Your Weapon?

Why have your weapon out when you do not need it? While roaming around Night City, it would be best to keep your weapon hidden to keep a low-profile in order to not have the police and fellow Night City citizens questioning you brandishing your weapon in public.

2. Use it as an Element of Surprise

When negotiating with would-be contacts and dealers, you might want to holster your weapon in the meantime to present to your potential target that you are unarmed and just willing to talk it out.

You can then pull out your weapon when talks are going in a different direction than you would have intended and start making demands yourself, intimidating them, and further escalating the tension in between the negotiations.

The opposite of having it as an element of surprise, holstering your weapon after a potential conflict can also get you out of situations if you want to reach an agreement a lot more peacefully than intended.

Remember that choices throughout the game will affect the story in a lot of ways, so killing off a character could potentially affect your story in a way you would not want it to.

Stealth is one of the cornerstones of Cyberpunk 2077’s combat. With the advancements in tech, taking down enemies with your bare hands would be a cinch for you because of the cybernetic enhancements done to you. Weapons would also only bring potential to create noise in a very sensitive situation.

Holstering your weapon during stealth sequences also means that you can maneuver around a lot quicker since you are not carrying anything around and any accidental firing of any of your weapons would not be a possibility since they are put away.

The only time you would want your weapon out in the open is if you have a good enough suppressor or silencer equipped to your weapon, or if it is a melee weapon that excels in silent takedowns.

Appearances in Night City matter, so knowing when to act like a normal citizen and when to show you have the firepower to wreak havoc is very important. Holstering your weapon could be the decision that could lead to a lot of avoidable conflicts, so make sure to assess the situation and act accordingly to be on everyone’s good side.