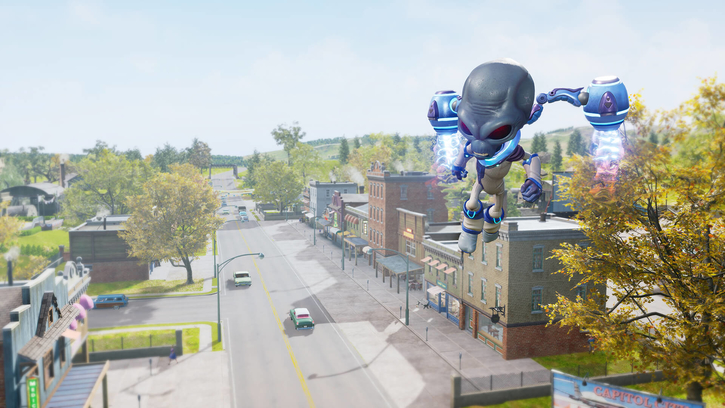 Game reboots are not very popular. The original often is superior to the remake as gamers cling on to the old version they loved so much. But in the case of Destroy All Humans, Black Forest Games made the wise call to stay true to the original and not alter the game play and story line too much. The focus on improved graphics and combat attributes makes the reboot highly successful in invoking a nostalgic feeling for fans of the original.

An important part of the game play are the awesome weapons. The alien guns, zappers, tools and telekinetic abilities of Crypto-137 all start at a very basic level but upgrading them makes your alien abilities much more devastating to humanity.

As you play the game you accumulate DNA by using the Extract ability on unsuspecting humans in the game. But there is a time and place for this! This article will give you tips on how to efficiently gain DNA and when you should try and upgrade your abilities.

Using ‘Extract’ in Destroy All Humans

This ability is a part of the psycho kinetic ability arsenal that Crypto-137 starts with in the game. This ability, when used, allows aliens to pull out human DNA from their brains. But a side effect is that the human head explodes afterwards, causing pandemonium.

This is why it is crucial to remember as this gives you a very narrow window to extract DNA. During a mission, this could lead to an army to descend upon Crypto-137 and leave you very little chance of an escape. This is why it is important to choose the right time and missions to use the ability.

Do Challenges and Side Missions

There are exploration missions, side missions and ‘odd jobs’ where you can earn a lot of DNA points. The challenges in the game at 6 different locations is just a way for you to earn DNA in large quantities. During these challenges, you are free to engage humans as you like. Use the saucer to clear out heavy artillery and then leave the saucer to extract DNA from a lot of humans.

These missions allow you to rampage and get your fill of alien on human violence. They start off in a heavily populated location and keeping stealthy is not necessary and not possible. So go ahead and use these challenges to fill up on upgrades to make mission play much easier.

This ability extracts DNA and also kills the human. But it is different in the way that once upgraded, it gives you a larger bounty. Also, you do not have  to collect a brain stem after extraction. It is automatically added to your DNA bounty.