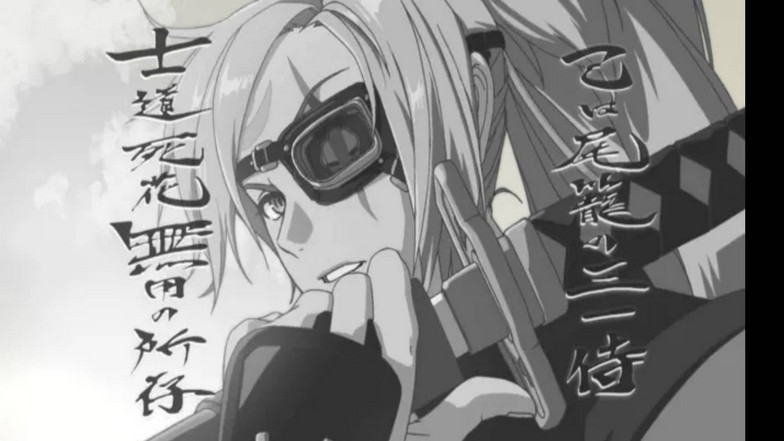 Baiken is the only earth unit in the Guilty Gear x Epic Seven Collaboration. She is a Thief class with decent stats and a single-target skill kit. This article will show you how to build Baiken in Epic Seven and tell you whether to pull for her or not.

Quick Navigation show
Strengths and Weaknesses
How to One-shot Banshee 13 with Baiken
My Current Build on Baiken
Is Baiken Worth it?
Conclusion

Baiken has average DPS stats overall with decent speed. She can use her S3 and S2 combo to delete any ice unit. She is used in one-shot Banshee team compositions as the actual unit that does the one-shot. It is worth noting that she uses her S2 first before using her S3 if you are on full auto mode.

Other than her role in Banshee hunts, she does not have the right tools to be effective in PvP. In short, there are better options for DPS since it is hard for her to synchronize with a team.

How to One-shot Banshee 13 with Baiken

Since she is basically just for speeding up your Banshee runs, this guide will focus on building her for finishing Banshee 13 in a one-shot comp. There are other units that can one-shot the Banshee but Baiken is a little better than most of them. Since she hits with her S3 and S2, the damage done is significantly more which means that you will not need absurdly strong gear for her.

Building the team that is tuned will be vital for the success rate of your Banshee 13 runs. Here is a list of things you need for the run.

An example of a good team composition would be Shadow Rose, Vildred, Vivian, and Baiken. This is my current Banshee one-shot team and you can replace a few of them. You can use Karin as the defense breaker to replace Shadow Rose and Vildred can be replaced by Charles.

It is important to use Shadow Rose’s Imprint Concentration instead of Imprint Release because you do not want to increase your dual attack chance because it can ruin your run. If your DPS somehow dual attacks and pushes the Banshee to split before Baiken, you will fail the run. Besides, effectiveness is good to have on Shadow Rose since it is probably the only stat needed.

Here comes the hardest part. Everyone on your team needs to be speedtuned. This means that you need to make sure that your units have the right turn order to safely auto the Banshee run. For my team composition of Shadow Rose, Vildred, Vivian, and Baiken, the turn order goes like Vivian -> Vildred -> Shadow Rose -> Baiken.

Vivian buffs the entire team at the start. Vildred cleaves the first wave but does not defeat the entire wave. Shadow Rose uses her S3 to clear the wave. This is crucial for my team because Shadow Rose needs to use her S3 on the first wave or else she will use it on the Banshee instead of her S2 defense break.

Since Baiken will not be taking a turn on the first wave, she retains her attack buff for the Banshee boss. Vivian and Vildred will soften the Banshee before Shadow Rose uses her S2 for defense break. This is another crucial thing to watch out for because if Shadow Rose does her defense break before Vildred, it might push the Banshee to split which will result in a failed run.

To prevent this from happening, you need to have a 10 speed difference on all your units. If your Vivian is going first, you can have her at 170 speed and the rest of your units, that follow the turn order, goes for 10 speed less under the next unit. An example would be 170 (Vivian), 160 (Vildred), 150 (Shadow Rose), 140 (Baiken).

You can build your units with less speed if needed as long as the speed difference is 10 or above.

For the artifacts, you can use the following.

For the wave clearer, you would want around 260% crit damage with 100% crit hit chance and at least 2500 attack. This depends on your skill enhancement as well so you need to adjust accordingly. If you are using the same composition as I use, you need to make sure Vildred does not have enough damage to clear the first wave.

Shadow Rose needs to clear them and if you lack more damage, it is easier to adjust Shadow Rose’s damage since her equipment literally only needs effectiveness and speedtuning. That is why I use this comp instead of bringing in a different defense breaker unit. I do not need to put decent gear on Vildred who will only be used for Banshee runs.

For Baiken, she will need the best gear. You need at least 300% crit damage and 4.6k attack. Her S2 and S3 needs to be maxed out and if you still lack damage, you need a little more attack or crit damage. You can sacrifice a little crit hit chance for more damage since she has an elemental advantage on the Banshee anyway.

Baiken will be the slowest unit on your team so it makes it easier to get these stats up. For other team compositions, you can bring Charles with the same stats as Vildred and replace Shadow Rose with Karin. It can also work. Vivian can be replaced by anyone that brings a 2-turn attack buff. Baiken is great because she does not need the Rage set to actually one-shot the Banshee, unlike other units.

My Current Build on Baiken

To be honest, my Baiken does not have gear at all. She has +11 skill ups though but I only farmed Banshee for a short time because everyone wants that Speed set. I used to farm Banshee hunts but with all the new expeditions, side stories, and Wyvern runs, I rarely have the energy to spend for farming Banshee.

If I were to build her, those are the stats that I am looking for but with a slightly higher attack and less health as well as speed. I will not be able to sacrifice my good gear for her and reforging those gear above can push crit hit damage to around 330% and attack to around 4.2k to 4.3k.

Is Baiken Worth it?

Sadly, Baiken is not worth it. Her role in one-shot Banshee is the only significant one and that role can be filled by units like Leo or Yufine which are non-limited units. If you have the means to pull for her, you still can because she is a limited unit. Otherwise, you are better off learning how to build Dizzy or Elphelt.

In the end, if you are a fan of Guilty Gear and want to use her in PvP, you still can but she will not be effective in dealing with non-ice units. She cannot control the enemies but can definitely deal with an ice unit. In lower leagues, she can probably counter Seaside Bellona on most team compositions as long as she gets pushed up.