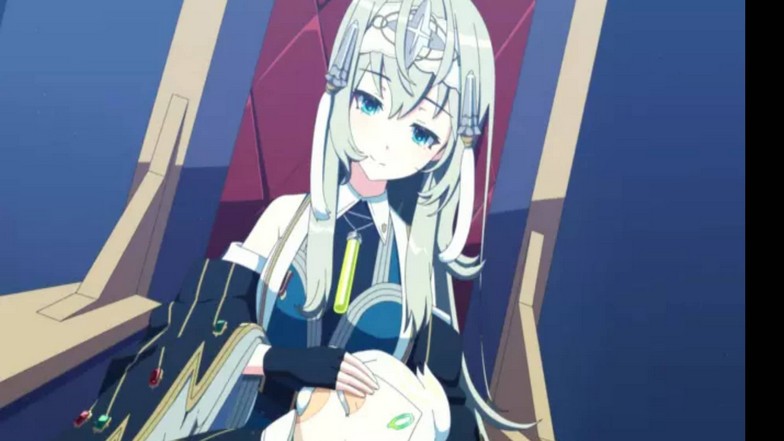 Politis brings a lot of utility in PvP and she is specifically built for it as she is useless in PvE content. She only has 106 speed but can stop pushers or specific cleave comps with her skills alone. This guide will go in-depth on how to build Politis in Epic Seven and how she fits in the meta.

Good against the top-tier cleave meta and she has at least 24% effectiveness on her awakenings.

Her skill 2, Tranquility, is game-changing as it negates pushers and there is a ton of them in the meta.

Her skill 3, Starfall, brings 2 great debuffs as a bonus and when ran with high effectiveness and the Abyssal Crown artifact, she can disrupt a whole team by herself.

Like all mages, Politis is slow and brittle so there are a ton of stats to work on but the good thing is that you do not need the highest speed gears in the world to make her work.

Extremely niche so if you do not have a ton of great gears to spare, you might as well build other units with more flexibility.

Her current build should be an Immunity set paired with either a Speed set, dual Hit sets, or a mix of Health and Hit sets. It depends on your composition as she will usually counter characters like Challenger Dominiel, Auxiliary Lots, Top Model Luluca, and other pushers.

While some of them are just soft counters, it negates Auxiliary Lots completely which is one of the top pushers in the cleave meta. Building her with a speed set depends on your team composition as you can even run her without a speed set with a speed main stat boot equipment. Since her Tranquility is a passive skill, you can run her just for that specific counter without needing good speed.

You will need to build her around 19,000+ HP with Immunity while having decent speed and effectiveness. Bonus stats would be to get would be defense and effect resistance.

Abyssal Crown is great as landing lucky stuns will literally win you the game but it depends on how good your effectiveness is. Iela Violin is another viable option since you can dispel buffs from the enemy team with her S3 and it is easier to get a max copy off.

Knowledge Seed, her own artifact, requires precise timing to activate so it will be hard to pull off since you are going to need to sacrifice her. The problem here is that she will never be the main priority target for the enemy and she will only die to cleave in this scenario.

For skill enhancements, she only needs S3 +4 for a 100% chance to decrease hit chance and unable to be buffed debuffs.

She can fit in any team as long as she is brought to counter Auxiliary Lots or any cleave team that pushes their team up instead of pushing the other team back. So Basar will still be effective against her even though he is an earth element hero.

With a tanky Politis, you can fit her to any bruiser comps as long as she can counter something with her Tranquility otherwise, she is useless. For the arena around Silver – Master rank, she can be brought to stacked speed imprint defenses with Judith, SC Roozid, and Challenger Dominiel setups. Their goal is to push first with speed imprints and Politis renders them useless.

In Challenger and above rank in arena, she will be unusable as they never run pushers and while her debuffs are great, there are better options that you can use. She is mainly used for RTA and going against a cleave team will likely make them ban her. This can give you the opportunity to either run another counter up or outspeed your opponent with an unbanned speed imprint for your team.

Her Starfall ability that lands decrease hit chance and unable to be buffed debuffs on an enemy makes your bruiser team untouchable unless they get dispelled. Maybe an ideal setup would look like Fallen Cecilia, Arbiter Vildred, Fairytale Tenebria, and Politis.

These are extremely hard to get and already strong even without her but she should just be inserted against niche situations anyway. Some easier units to get would be Tempest Surin, Charles, Alencia, Choux, Landy, Champion Zerato, or any bruisers with synergy and counters in general. Some of these might even be stronger than Moonlight 5 units depending on the situation so it is best to know which are strong against who.

My Current Build on Politis

My ideal comp would be Fallen Cecilia (or Adventurer Ras) with Aurius, Tempest Surin (or Landy), Alencia (or Silver Blade Aramintha built as bruiser), and Politis on Iela Violin. It really depends as I will change Politis with less effectiveness and more health that will still take turn one on my team with around 230 speed which will give Silver Blade Aramintha a chance to control them after surviving.

Even if they take turn one, as long as Politis can control at least 2 of them from doing their combo, she will fit in the team otherwise, she will get subbed out.

There might be a ton of changes coming once new characters and balances come out but her Tranquility skill is definitely game-changing as it will most likely be a staple skill to always remember when playing in RTA. Even Archdemon Mercedes can seal it off but it does not make sense to run her if you just plan on sealing her Tranquility since she will unlikely be taking turn one off of your pusher team.