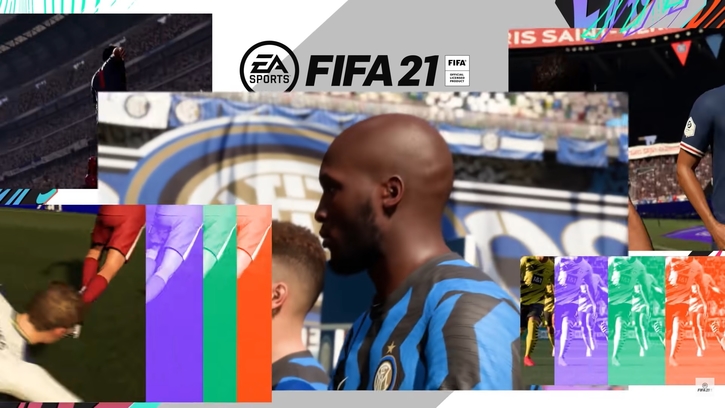 Aston Villa finished 17th last year in the Premier League. Managing to avoid relegation by 1 point, the newly promoted side managed to hold on to the top flight last year. The 19/20 season saw a host of new signings in a bid to make an impact in the league. This season, they have made some shrewd moves in an uncertain transfer market and broken their transfer record to sign Ollie Watkins, who looks to be a potential game-changer.

With hopes of finishing higher, the squad looks primed and ready to push on and do better than last year. After managing to hold onto premier league football, some players really flourished in the Villa squad. For faithful’s, this means one thing. A major boost in FIFA 21 stats. Here is a look at the potential ratings of the Aston Villa squad in FIFA 21.

The standout player for Villa last season, this Villa Park favorite raked up 8 goals and 6 assists in 36 appearances. This tricky attacking midfielder was the main attacking force in the young Villa side providing pace and trickery in the middle of the park. His performance last season was rewarded by a long overdue England call-up proving that he is living up to his immense potential.

His FIFA 21 stats also reflect this growth with him being an upgraded player in the league. His overall went up from 77 to 80 (+3 from last year).

His dominance last season reflects in the game with him having some of the most rounded midfielder stats in the league.

With a high dribbling rating and good passing, he can squeeze through most tight areas on the flank. The only weakness in his winger play is his pace which is at 76. Though, most Villa fans and FUT players who buy Grealish will use him in the CAM/LM position where a pace deficiency is not so debilitating.

This Scottish midfielder had a solid season last year. He is a throwback midfielder who displays resilience and courage which gives the team stability. But these characteristics are not well-rewarded in the FIFA world with the flashy, prolific players getting major attention.

John McGinn was 77 rated in FIFA 20 with a potential of 82. This year he will receive a small upgrade in the overall with a contribution of 3 goals and as many assists.

This English striker scored 26 goals in the championship last season which secured him a move to Villa Park at a club record 28 million GBP deal.

He is a dynamic attacker capable of playing across the front three. Extremely quick and agile, this modern-day attacker can be a strong addition to most mid-table sides and Villa has made a statement by securing his signature.

This pacey Brazilian striker was Aston Villa’s record signing last season. But a debut season marred by injury saw his play time restricted to 21 starts with an underwhelming return of 5 goals while spearheading the attack.

But the fans expect big things from Wesley this season as Watkins and Samatta will challenge him for the Striker spot.

The FIFA 21 rating will reflect his impressive presence on the field but his overall might be stagnant after an underwhelming return on investments. His overall in FIFA 20 was 79.

This young Brazilian midfielder is one of the most promising young talents in the premier league. After his solid performances last season, he was scouted by the likes of Arsenal and Manchester City. Aston Villa managed to hold him down as he is the mainstay CDM of the team. Tough, agile and great Tackler; he breaks play and starts attacks for Aston Villa.

Playing in front of the back four, he managed to score 3 goals and provide 2 assists while being a defensive mainstay for a relegation threatened side. This former Manchester City youth prodigy will be looking to better his performances on the back of a good season.

His FIFA 21 statistics reflect his position in the side. He was a 74 rated player in FIFA 20.

This Dutch wonderkid was touted for great things a few years back. After an underwhelming first season in the premier league, this 25-year-old is now an inconsistent winger with moments of brilliance.

An underwhelming 4 goals and 4 assists in 34 appearances. Playing on the flanks he was expected to provide more attacking threat.

He could prove to be a great addition on FIFA for lower rated Premier League teams on career mode and FUT. His 4-star skill moves and 85-rated long shot makes him a good option for players who like to cut in and take a shot from a distance.

This 25-year old Egyptian winger plays on the right flank for Villa. After an underwhelming 2019-2020 season, he will look to push on and do better this year. There are talks of a new winger to arrive at Villa Park before the end of the transfer period which might push him to do better.

He scored 6 goals and provided 1 assist in 33 appearances for Villa last season and this mediocre return will reflect in an unchanged FIFA 21 rating.

Like El-Ghazi, he could prove to be a great addition on FIFA for lower rated Premier League teams on career mode and FUT too. His 4-star skill moves and 84 pace and Finesse Shot trait makes him a poor man Salah for cheap FUT options.

This 6ft 5in CB is the defensive main stay for Aston Villa. A solid player with a towering presence, he is the main set-piece threat too scoring 2 goals last season. At 27, he does not have a high potential but will be a solid player in FIFA 21 after good showings last season.

His FIFA 20 overall rating was 75 with a potential to grow to 78. At 27 this year. His potential score will drop but we can expect a higher overall score after winning 87 aerial duels and 64 tackles. He also made 46 crucial blocks. He ranks number 33 out of 624 in the Premier League.

Aston Villa’s senior England international goalkeeper is now 34-years old. Though this is not too old for a goalkeeper, you can expect his stats to deteriorate quickly in the game.

Aston Villa conceded the second most goals this season only behind bottom of the table team Norwich City. This will cause a considerable hit in his ratings as the guardian of the posts.

This player was bought in during the January transfer window last season and is the first Tanzanian in the premier league. He went on to appear 14 times for Aston Villa in the Premier League but scored only once.

This 27-year-old is a pacey striker and is considered a quality finisher and is a great target man for corners and set-piece plays too. His poor goal return might see a small drop in his FIFA 21 ratings. He was 79 rated in FIFA 20.

Rest of the Squad