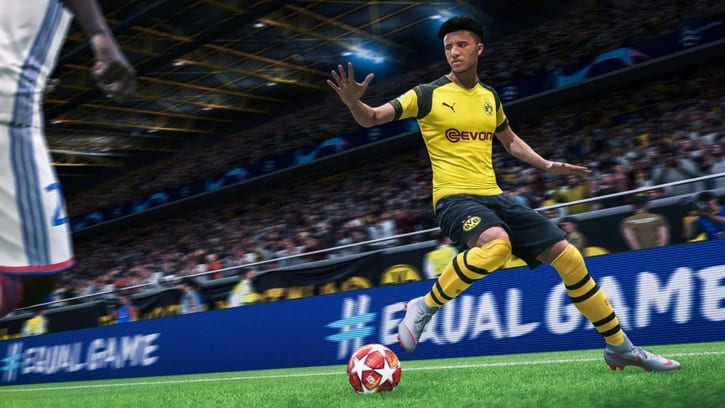 Whether you are planning on building a brand new squad or are looking for a specific player to give your squad a boost, knowing who the best 5-star skillers in FIFA 21 are can be of great advantage to you.

As you may already know, in FIFA 21, there is a total of 52 players that have been given the 5-star skill foot. This means that there are three more players with a 5-star skill foot as compared to FIFA 20’s total of 49.

Unsurprisingly, some of the names on the list are players from the likes of Cristiano Ronaldo, Neymar Jr., and Kylian Mbappe. However, since those players are going to be super expensive, we are not going to waste any effort on going over the highest tier of players, and instead, we will focus on the ones that you can afford quite early on.

1) Xerdan Shaqiri: If you are searching for a 5 star skiller that is also from the Premier League, Shaqiri is the player that you have been looking for. The 81 rated Liverpool midfielder is not only great with the skills but he is also one of the best free kick takers. He also has 79 pace that is complimented with 81 dribbling.

The only downside is his stamina, which is rated at 66, which means that if you go too hard on the skills during the first half, chances are that by the 65th minute, Shaqiri will be pretty much useless in your midfield/attacking efforts.

2) Memphis Depay: In case you are building a Ligue 1 squad, the 26-year-old Frenchman playing for Lyon would be a great addition to your attack. If you can afford Neymar and Mbappe, you could quite literally create a triple-threat attack of 5-star skillers.

Depay was also deemed as one of the best young players in 2016-17 due to his quick feet and above-average pace, which he has to this day. On top of that, his stamina is very high, rated at 81, meaning that you could comfortably make use of his 5-star skills for quite some time going into the second half.

3) El Shaarawy: Building a squad from the Chinese Super League no longer has to be a tough challenge for those seeking to add some skillers into their squads. The 27-year-old Italian international is a great choice as he is not only fairly decent with dribbling but is also quick. His stamina is quite average, at 71, however, as long as you don’t overuse him, he can easily contribute to your team for the full 90 minutes.

4) Jadon Sancho: The 87 rated English international Jadon Sancho is probably one of the top 10 best five-star skillers in the world today. If you are building a Bundesliga squad, you can easily snatch him and make him part of your team.

His 91 dribbling and 83 pace make the Englishman an incredibly valuable attacking player to any squad. Additionally, his 77 rated stamina will allow you to tear apart defenses for as long as you need.

5) Martin Odegaard: Having joined back Real Madrid for the 2020/21 season, the Norwegian wonderkid can truly become a great addition to your Norwegian, Real Madrid, or La Liga team.

With 78 pace, 84 dribbling, and 80 stamina, the 21-year-old has the ability to tear through defenders comfortably for the full 90 minutes as long as you don’t overuse him.

6) Rayan Cherki: The youngster from France, Rayan Cherki is the 2nd Lyon player on this list that has been gifted with a five-star skill foot. Despite his rating of 67, he still managed to bag 71 pace with 74 dribbling on his FIFA 21 card.

Unfortunately, his stamina isn’t the greatest, however, if you are after someone very cheap that has 5-star skill foot, and you are only planning on using skill moves now and again, he would be a great addition to your team.

7) Aiden McGeady: Another very affordable attacking player is Aiden McGeady who plays for League One’s Sunderland. He definitely isn’t one of the fastest or quickest with his feet from this list, but if you are looking for someone with a five-star skill foot early on in FIFA 21, then he would be a great choice.

8) Yannick Bolasie: Everton’s Yannick Bolasie is another affordable Premier League five star skiller that you can make part of your team early on in FIFA 21. With 80 pace and 79 dribbling, he has everything your team could possibly need from a winger.

9) Hernani: Despite his lower than average stamina, the Levante right midfielder Hernani is easily one of the easiest choices for a five star skiller in La Liga. His staggering 91 pace and 81 dribbling will help you massively in tearing through the midfielders and defenders of literally any team you face.

10) Gelson Martins: If you are looking for a very fast Ligue 1 five stars skiller, look no further. The 25-year-old Gelson Martins from Portugal who now plays for Monaco has 94 pace that is nicely complimented with 85 dribbling and 86 stamina. As you know, this only means one thing. You can quite literally run through the defenders of pretty much any team without fail, even in the last minutes of the game.

While there are plenty of other great five star skillers that we could have added to this list, we are confident that the ones we have listed above are more than enough to get you started on FIFA 21. If you have any suggestions for players that we may have missed out on, please feel free to suggest, and we would be happy to add them.