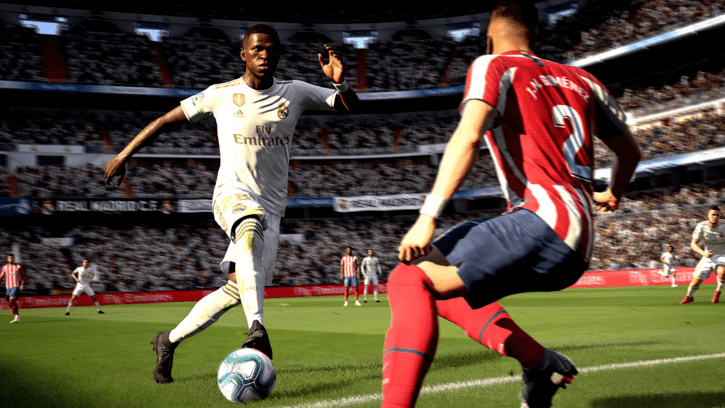 If you have already figured out the best ways to score in FIFA 21, you have only won one half of the battle. On the flip side, you need to learn how to defend in FIFA 21 in order to stop as many of the attacking efforts as possible coming from your opponent.

This year around, I have personally noticed how goals very easily go in from a range of different situations that you quite simply cannot see coming, making your defensive ability that much more important.

So, if you have played a few games, and have comfortably led by 2 goals with 10 minutes to go, only to lose in the blink of an eye, trust me, you are not alone. It’s the most frustrating thing ever. And so, in today’s article, I will show you a few things that you can do in order to become a better defender in FIFA 21. They have worked for me, and I am confident that these tips will work for you too.

Fan of holding A (on Xbox One) or X (on PS)? While that strategy will help your defender to carefully follow every move your opponent is making, it isn’t the best of strategies. I’ve noticed quite a lot of flaws with this strategy that leaves you in situations with a lot of open space for the opponent to take advantage of.

And while it’s easy to use (you quite literally are holding one button), there is a better way to do it that is much better than trusting the AI system to defend for you.

I’d recommend to take things into your own hands and navigate your defender based on instinct and experience. So, if you can sense that a player is going to do a 1-2, don’t just stay in one place and follow the main player that is passing the ball. This way, the 1-2 pass will be unsuccessful as most of the time, you will end up with the ball or at least have the chance to stop the attack.

Moreover, bring over your teammates to help you defend. You can do that by holding RB/R1. This will bring over a second man to help you against the single player with the ball. It’s a great way to pressure a player away and avoid them from just dribbling around you.

Pace, strength, and dribbling can easily be seen as the meta in FIFA 21. So, what can you do if you come up against one of the fastest strikers on FIFA 21? You need to be prepared to tackle them with your strongest defenders or even try and run with them and push them off balance.

If your opponent manages to get a through ball to a relatively quick striker, and you don’t have a strong and quick defender, consider that a goal, unless your opponent is terrible at shooting.

What do you do? Make sure to purchase defenders that are not only physically strong, and tall (helps with headers), but also quick so that they can compete against the speed of some of the quickest strikers in the game.

In terms of full-backs, I’d go for pace over strength or height. Your full-backs need to have pace. Players I’d recommend would be Trent Alexander-Arnold, Jordi Alba, Kevin Mbabu, and Alejandro Gomez.

If you were the type of player to run with three defenders at the back so that you have more offensive players, consider yourself doomed in FIFA 21. This strategy will quite simply not work the majority of the time as for a bare minimum to have a standing chance at defending, you need at least four defenders. So, picking the best formations in FIFA 21 before you even begin building your cheap starter team is very advantageous.

So, what do you do? If you are good offensively, but always seem to lose because of your defending, I’d recommend you to stick with either 4-3-3, or even go for 5-3-2. In case 5-3-2 doesn’t work, try the even more defensive 5-4-1. These formations will strengthen your backline so much that hardly anyone will be able to break through and score a goal. The least these formations will do is reduce the goals that you concede by a significant margin.

Sometimes you may have the best team, with the best formation, and strategy but one single mistake can cost you a goal. So, avoiding silly mistakes will help you out a ton.

Now, I realize that you can’t avoid making silly mistakes 100% of the time, and so, when you do make one, don’t beat yourself up, and start over. Remember, it’s FIFA, and the game score can change in an instant.

What mistakes to avoid? Here is a comprehensive list of things you shouldn’t do.

1) Avoid running directly at attacking players and attempt to slide tackle them.
When you miss a slide tackle, you quite literally invite your opponent to exploit the open space that you have left behind. This can be very dangerous as it opens a series of possibilities such as passing the ball to a winger or even attempting a long shot.

2) Avoid making brave tackles in the box.
Regardless of whether or not you think you can tackle someone for the ball, I’d recommend you not to. It’s much better to block the ball with your player’s body than risk a penalty after a fair tackle. If tackling is all you have left, by all means, try. The worst-case scenario is a goal or a penalty leading to a goal.

3) Don’t send your entire team upfront.
While having more players upfront is great because you have more people to play with to break down the opposite team, on the flip side, one little mistake can end up in a counter-attack that no one can defend purely because all your players are upfront.

So, be sure to avoid sending your whole team in attack unless you are good at 2 and 3v1’s.

5) Stay in Control of the Ball

The best way to defend is to keep control of possession. Sounds familiar? It’s true if you can control the possession of the ball without making costly mistakes that can result in a goal from a counter-attack.

The best way to stay in control of the ball is by playing it upfront, rather than passing it around the back. Passing it around the back may seem safe, however, trust me, it is the least safe method. One mistake can easily end up in a goal. On the flip side, a mistake up field will give your players enough time to regroup and defend accordingly.

Defending on FIFA 21 is truly a skill like no other. Even the best of players concede goals so don’t beat yourself up if you aren’t perfect at defending from the get-go. As with every FIFA, we all need a decent amount of time to accustom to the new mechanics of the game and begin to understand the best ways of defending even against 5-star skillers.

Perhaps the best tip out of all, simply play the game, and eventually, you will find what works the best for you and your ultimate team.