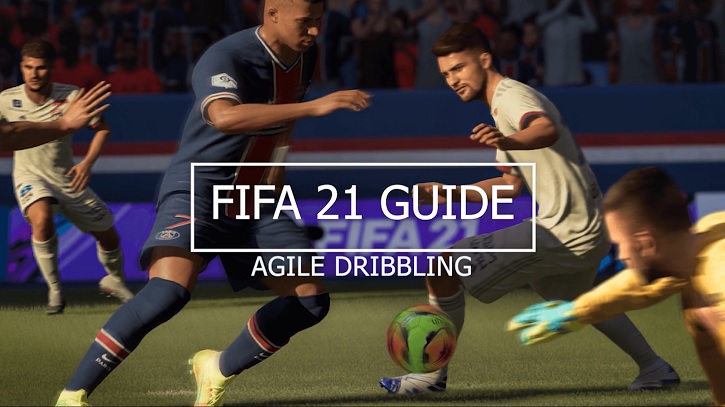 Every year, EA sports introduces new features that support the attacking play in FIFA. This year, they bring in the agile dribbling to FIFA 21. This will make defending a nightmare and attacking a joy and give non-skillers in FIFA 21 an easy option to beat their man and create chances.

Normal dribbling in FIFA is not very effective in creating space. Even though players may find occasional success with evading the tackle with moving the ball to beat the defender, it is not as effective as skill moves. And most newbies and occasional players do not use skill moves and tricks in FIFA.

What is Agile Dribbling?

Agile dribbling is a feature that replicates those moments on a football field where the player looks up and challenges defenders to a 1 vs 1. When you use this feature, you allow the player to slow the ball down and move the ball quicker sideways. This gives you more of a chance to beat the oncoming tackle or find angles to counter the pressure.

Also, facing forwards and keeping you head up allows your players to make more accurate passes. As your body is always in an optimal position, your passes will be extremely accurate which speeds up you build up play and helps counter attacks.

How to Use Agile Dribbling in FIFA 21

You can trigger agile dribbling by pressing the RB/R1 button in your console. You hold this while you move your player using the left analog stick. When you start agile dribbling, your player cannot sprint. Even if you hold down the RT/R2 trigger, you player will move at a slower pace.

When you hit the RB/R1, you notice your player body position switch immediately. It is similar to the ball shielding function from the previous editions. When you dribble using the left analog, you see that the ball stays very close to the body and you make very precise movement. And when a tackler approaches the AI takes the ball past him if you shoes the right direction rather easily.

When to Use Agile Dribbling?

Agile Dribbling is best used in the midfield to counter pressure from opposition players and trigger counter attacks to hit them on the break. The best use of agile dribbling as illustrated in the video is when you are under direct pressure. Moving the ball quickly to the side will create an angle to make passes.

Instead of using it to get out of trouble or when your back line is under pressure – it is better to use it in the central midfield or the flanks to beat a man and open up space behind. As you can see, attacks that are started out from agile dribbling often leaves the entire defense wrong footed as the AI or opposition are geared towards their teammate winning the ball.

The way it is geared right now in the game, many are calling this feature OP in offline FUT play and career mode. Though online opponents might catch on, when used correctly, agile dribbling is almost guaranteed to beat the man and is easier to perfect than using the Right Analog stick for skill moves (only a few players can really do the best skill moves).

This can also be used effectively on the edge of the box to gain better angles to shoot. Since finesse shots are underpowered this year, creating an angle can increase your chances of hitting the top corner. You could also help get the ball on the players preferred foot to unleash a low driven shot which seems to be the best shot this year.