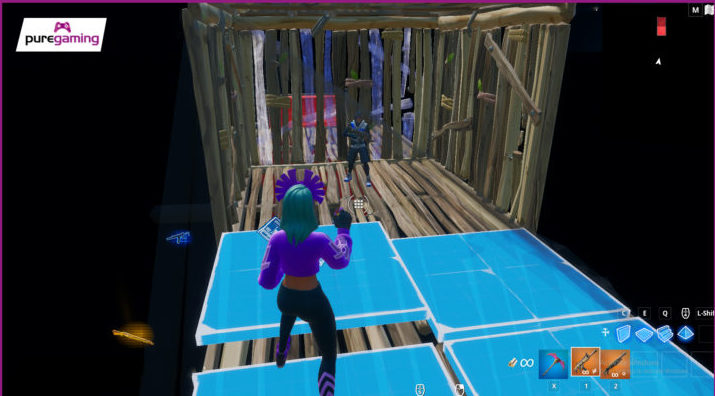 Since taking the gaming world by storm in July of 2017, Fortnite has quickly become one of the most popular shooter games on the market. With the introduction of creative mode, players were able to practice their editing and shooting as well as playing against other players in a safe environment.

Undoubtedly, this was a great addition to the game by Epic Games, however, with time, players found a range of edit combinations that can essentially be the key to outplaying a casual player that doesn’t know the ‘secret’, resulting in their elimination from the battle royale. This ultimately created a platform for a huge increase in the skill-gap between regular and professional players.

In fact, the gap was increased so much that with the help of building and editing, a pro player can easily take on 5 or 10 casual players at once.

So, in this blog post, we explore the best edit peaks that professional players use to give you a huge competitive advantage over your opponents during your next battle royale game.

What Are Edit Peaks?

Edit peaking is essentially when Player 1 uses their build edit and position within the game to gain a visual advantage over Player 2. In Fortnite, if they choose to – and if executed correctly – Player 1 can deal ‘free’ damage to Player 2 without Player 2 being able to trade fire.

What Are the Most Popular Edit Peaks?

While there are plenty of edits within Fortnite that can give you an advantage of your opponent, in this blog, we will discuss the most popular three edit peaks; the cone, corner, and window edit peak and show you exactly how to execute it.

The cone edit right-hand peak is one of Fortnite’s more advanced peaks since it must be executed with great precision in order to provide you with a competitive advantage over your opponent.

How to Execute the Cone Right-Hand Peak Successfully

In order to execute this tactic properly, place a cone just outside of your opponents’ build and edit the top left square of the cone build. This will levitate the top left corner upwards towards your oponent, giving you the right hand peak advantage.

Important: This tactic only works when editing the top left square of the cone as if you do the right side, you will lose the right-hand peak advantage and will actually give the opportunity to your opponent to deal damage without you being able to have a clear visual sight of them.

This strategy works wonders against beginner players, however, if you face a more advanced competitor, in order for this to work, you must do it significantly faster and catch them off guard.

How to Execute the Corner Right-Hand Peak Successfully

In order to execute this edit correctly, make sure that you are on the opposite side of the corner that you are going to edit. This way, you will be able to successfully prepare to deal damage without risk from your opponent shooting you while you set it up.

Important: Don’t make this play if you are in the middle or to the left of the corner that you are trying to edit as that will give the right-hand peak advantage to your opponent.

Lastly, by far the most popular right-hand peak edit amongst players on Fortnite is the window edit right-hand peak. Why is it so popular? Because of its simplicity in execution, and huge effectiveness against opponents.

How to Execute the Window Right-Hand Peak Successfully

In order to execute this strategy properly, make sure that you are on the left side of the window that you are planning on editing. This way, you will be able to deal damage to your opponent without them being able to trade back.

Important: Don’t make this play if you are in the middle or to the left of the window that you are trying to edit as that will give the right-hand peak advantage to your opponent.

Regardless of which edit peak you decide to use in your next battle royale game, the most important thing to remember is that speed and timing of execution plays the biggest role in whether or not your attempt to outplay your opponent will work.