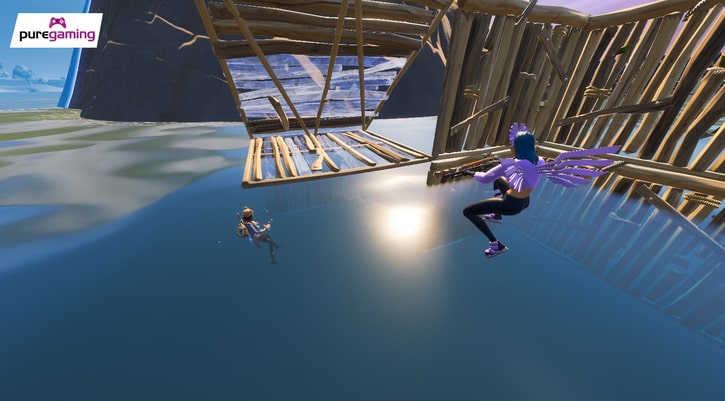 Are you looking to become the next frightening w-key player in Fortnite? Then continue reading this blog because we will show you exactly how you can start to play more aggressively. You will also find some of the best pro tips and tricks on how to execute w-key sessions appropriately to maximize your eliminations and minimize your chances of death.

Quick Navigation show
What Does W-Key Mean?
How to W-Key Tips and Tricks
1) Get a W-Key Loadout
2) Deal Damage Before Entering a Fight
3) Prevent Your Opponent From Healing
4) Approach Each Fight With Caution
5) Use Your Builds To Your Advantage
Final Thoughts

W-key refers to the “W” button on the keyboard. But, amongst the Fortnite community, w-keying refers to playing very aggressively without backing off. In other words, applying constant pressure to whoever you encounter in the Battle Royale lobby until you eliminate them.

In the current competitive environment of Fortnite, as everyone starts with 0 points, the first game of every tournament in the open qualifiers is not SBMM (Skill Based Match Making).

This means that you can have the highest tier of professional players play against complete amateurs that are playing just for fun or are just trying out competitive gaming for the first time.

Because of this, your first game is often the most important as that is your chance to pick up the most ‘free’ points before skill-based matchmaking kicks in based on your points earned after the game.

Often, the first game is the most vital as the games go. You will be likely to pick up fewer points as you will be playing against players of similar skill level. Playing against higher tier players will make w-keying slightly harder as that will increase your chances of being eliminated due to being more likely to run into a better player.

If you have been around for a while, you may have heard of the terms “w-key lobby” and “bot lobby”, often referring to lobbies that are filled with non-pro players. In such circumstances, professional Fortnite players w-key or play extremely aggressively and end up gathering 20/30/40 eliminations with ease out of the 100 players in the lobby.

This is the reason why, after the first game, depending on the scoring system for that particular tournament, top-tier players end up with 100+ points whereas you have just 20-30.

So, if you want to learn the strategies of pro-players and become the next scary w-keyer in Fortnite, continue reading, as below you will explore the secret behind executing aggressive plays with great precision and effectiveness every time.

How to W-Key Tips and Tricks

Having a good w-key loadout is perhaps the most important aspect of having a successful w-key session. As w-key sessions are intended for you to get the most kills possible, getting kills quickly by ending each fight in less than 20 seconds proves essential if you want to get as many eliminations as possible.

So what are the essentials for a w-key loadout?

2) Deal Damage Before Entering a Fight

This strategy is extremely common amongst professional players as they instantly put the opponent in defense mode, making them have to defend in order to heal back up.

So how do you do it? Simply, sneak up to a player and deal damage to them before they hear your bullets and build around. The more damage you deal, the easier it will be to eliminate your opponent.

3) Prevent Your Opponent From Healing

In relation to the point above, once you deal damage, it is likely that your opponent will build up and attempt to heal. Your next goal is to prevent them from doing so while you are rotating towards them.

The best way to do that is to just shoot at their build while moving to make them exposed. This way, instead of healing, they will have to focus on building.

4) Approach Each Fight With Caution

Even if you deal a significant amount of damage to your opponent before you decide to ‘jump into their box’, remind yourself that this player could be playing on a controller and that they could bait you to get closer to them and run at you spraying, essentially killing you very quickly due to the aim-assist on controller.

Furthermore, take a quick look around for other players around that could be interested in the fight. The last thing you want is to get third partied mid-game and focus the whole lobby onto yourself. In that case, your chances of getting eliminated skyrocket.

5) Use Your Builds To Your Advantage

When w-keying in a “bot lobby”, the most likely scenario will be that your opponent gets boxed up and that you will need to box-fight them. If you have been practicing box fighting in Creative, we are sure that you know what right-hand peaks are. If not, you definitely need to check out the best right-hand edit peaks that can be critical when it comes to such plays.

Despite these tips and tricks, the most important thing for you to do next if you want to become great at playing aggressive, is simply just practice. Do it all the time, even if you die early in the game, so that you can accustom yourself to the nature of w-keying and applying constant pressure. If you want to sharpen up your aggressive playstyle and reduce the mistakes that you make throughout, be sure to conduct VOD reviews of all of your w-key games in order to spot your weaker aspects of the game and work on them.

Only then can you prepare for competitive Fortnite tournaments and w-key to maximize results while minimizing your chances of being eliminated prematurely.