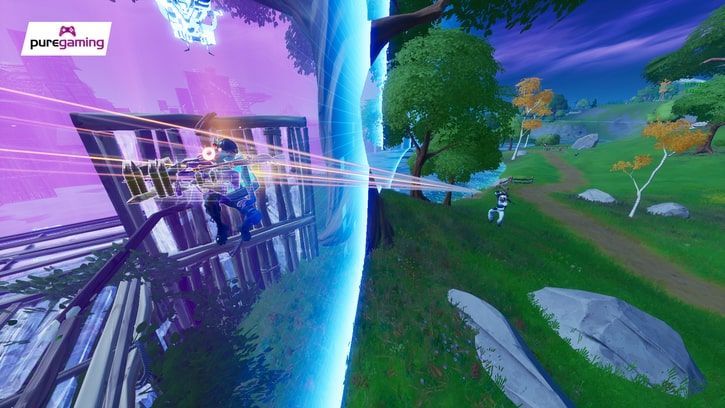 Playing alone against a team of four opponents is perhaps one of the most difficult things in Fortnite, however, there are plenty of benefits that can essentially make you a better overall player when it comes to the not so rare scenario where you will need to be handling more than 1 player at a time.

If you are reading this blog, you have probably seen a bunch of videos of pros dominating normal public games where they will mostly play against casual players that aren’t so great at the game.

So, how do you win solo vs squads in Fortnite? Let’s get right into the details.

Quick Navigation show
How Do I Pick My Fights in Solo Squads?
How Do I Position Better When Playing Solo Squads?
Understanding Your Opponents Is the Key to Victory
Final Thoughts

How Do I Pick My Fights in Solo Squads?

When it comes to Fortnite, you should never push blindly as that can very easily get you killed or third partied by a nearby opponent. Taking that into account, it is an absolute must that you pick your fights carefully especially if you are going to be in a battle with not one or two players, but four.

You may have seen your favourite streamer or Fortnite competitive players play in an over-aggressive manner when it comes to solo squads, however, they put countless hours into the game are easily better than you and me. This means that due to their talent and ability, they can somewhat afford to push whoever they want whenever they want.

So, how do you pick your fights? As you are alone, take into consideration your plan B in case things don’t go to plan and you are low HP.

What is your plan for disengaging or if a third party team of four decide to take part in the fight? If you don’t have a launchpad or any other form of quick rotation, don’t get too close and try to fight the players individually. The only way you can win 1 vs 4 is if you fight those players individually. The best way to do that is to isolate them from the teammates by outplaying them.

How Do I Position Better When Playing Solo Squads?

As you are going to be playing against four opponents at the same time, you must have a better position than them. Whether that means that you are in zone, and they are trying to rotate in, or you are on high ground, those little things can greatly contribute when it comes to fighting a team of four. You will also have more time to deal damage to them before they get dangerously close to you.

When picking a fight up, you must always leverage on things like third-person POV, or in other words, right-hand peaking your opponents and dealing “free” damage. You must also try to be at an advantage by being on high-ground in every encounter.

Understanding Your Opponents Is the Key to Victory

It is hard to understand your opponents especially if that is the first time you have encountered that particular team, however, observing how their play for a couple of seconds can give you enough information on how you can approach the fight. Technically speaking, every team has a weak link and knowing who that is, can easily help you in reducing the number of people you will need to fight in any given moment.

For example, a casual player may not move while farming materials or is over-peaking when sniping through a window is something that you should be looking for. This will help you to get at least one of the team members down, leaving you to have to fight with three opponents rather than four.

Unfortunately for you, most squads today are much better than they were a year ago, which makes the task for you even harder. So, your best way forward is to simply be faster than them and attempt to split the team when fighting them. This way, you will have a better chance of getting those kills without being sprayed from nearby by the opponents’ team members.

Furthermore, don’t forget to warm up by jumping into creative and using our list of helpful creative map codes before your next solo vs squads battle royale if you want to increase your chances of winning.

Regardless of how good you are at Fortnite, never underestimate your opponents when playing solo squads. At the end of the day, there is four of them and there is one of you. So, pick your fights carefully, and always make sure that you are at an advantage before entering a fight. That will be the best way to grab your first, second or 100th win in solo vs squads in Fortnite.