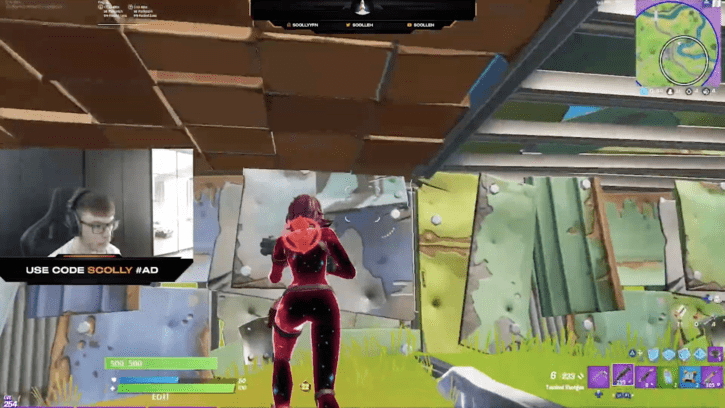 Ollie “Scolleh” Scott is a professional Fortnite player for team Enterprise. Having made a name for himself in the community, he remains one of the most underrated controller players on Fortnite, ironically, like his duo partner, Saevid who we covered in one of our previous articles.

Having won a number of tournaments, one being Winter Royale, and consistently placing near the top of the leaderboards, it’s no surprise that he has amassed a decent amount of following across the Fortnite community.

In today’s blog, we are dedicating our time to exploring Scolleh’s in-game settings and attempt to uncover the secrets behind the success he has achieved so far, and then, we will take a closer look at his setup, and how that has helped him get to where he is today.

After this overwhelming amount of controller settings, we hope that you have found what you were missing and have managed to implement it in your own game.

Some key take aways from Scolleh’s controller settings are his sensitivity, which is at 7 (FAST). This is indeed, quite fast and isn’t really used by many non-professional Fortnite players quite simply because it is difficult to play and aim. However, on the flip side, it is absolutely fundamental for a number of reasons including tunnelling, reaction time, and general building.

We can also see that Scolleh plays on Linear as opposed to Exponential. Essentially, he uses raw stick input that is relative to the thumbtack movement, whereas Exponential causes smaller stick movement to have less of an impact, which is better for more precision.

Scolleh also makes use of the build and edit sensitivity multiplier, which is set at 2.5x. All this means is that his analog sticks rotate 2.5x when he is either building or editing builds in Fortnite. This gives him the great advantage of spin building in case of sudden threat or quicker edits when tunnelling.

Yes, settings are very important and can either make or break your chances to become a top competitive player. However, beyond settings, the setup that you use to play Fortnite with is just as important. Below, we will explore what controller and headset Scolleh uses in more detail.

Scolleh is using the Logitech G Pro X Gaming Headset, which has some pretty incredible features such as the next generation 7.1 and object based surround sound for greater in game positional, distance, and object awareness during gameplay.

The controller that Scolleh uses is the standard PS4 controller. It has no extra padding or bumpers. So, you can see that you really don’t need any super fancy controllers to be truly an amazing player.