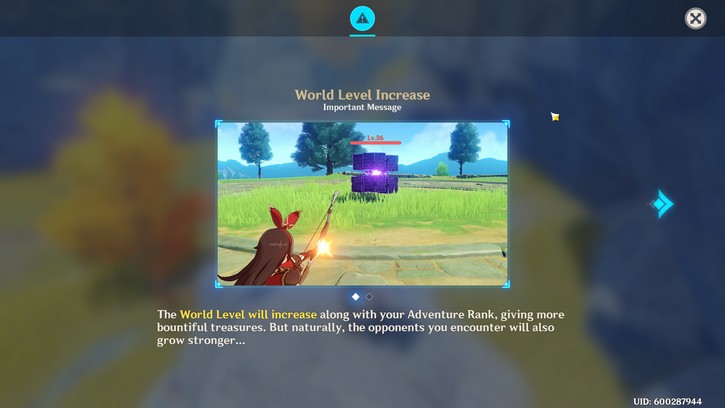 Like all other free gacha games, everything involves grinding for an extreme amount of time to progress. Genshin Impact is the same and this article will breakdown how hard it is to progress and how grindy the game is currently.

Grinding for these will ultimately depend on how much Primogems you can grind. Because of this, it becomes grindy in a sense that it is time-gated to when you can get free Primogems from events and how consistent are you in finishing your daily commissions. If you miss a day or two of playing, this will set you back in the long run in getting more wishes from Primogems.

On the other hand, they are generous in giving out 4-star weapons that are decent enough for you to complete all kinds of content in the game. They even have a battle pass to support you with weapons and more wishes but this is another issue for some because it is microtransaction that requires you to progress. You can check out our shop guide here to see which items have the most value for your money.

Grinding for Artifacts or Gear – Extreme

The artifact sets are the most crucial part of progression in the mid to end game content. This is also the most grindy part of Genshin Impact and almost all other gacha games out there. You will see below how the artifact system works and get a better grasp on which ones are good and which to throw out.

For the Sands of Eon, Goblet of Enotherm and Circlet of Logos, it will be random between 6-7 different main stats. To get the perfect rolls for a certain character along with the right artifact set that you want, it might take a while before you even get it to roll perfectly for the main stat.

Next, we will talk about the substats which will involve more rolls or RNG. Under the main stat, you will see substats that have smaller numbers compared to the main stat but can still increase the stats you want. You would want everything to have “%” instead of a flat number since it will significantly give more stats.

This is what makes artifact grinding extreme. For every +4 levels of a certain artifact, you will increase an existing substat with a wide number of ranges. Increasing a substat will depend on how what artifact grade you are currently upgrading. If you have a 5-star artifact, you will already see multiple substats from the artifact and you will increase them randomly with every 4 levels.

To be fair, the gearing system is alright since the main stat can all be good since they are already scaling by percentage. The problem lies with the Original Resin or energy system in the game that slows down your progress in getting these. Until they fix that issue of energy scarcity, it is extremely grindy for now.

Grinding for Talent up Materials – Low

Since talent up materials are dependent on the number of characters you have and their talent trees, it is relatively easy to max them out with grinding because you will not have to repeat this over and over again until you get another usable character. The grind for the materials are slow but in the long run, you will max them out and might even find a surplus in these materials.

You will have to play consistently and some of these materials are shared with character ascension as well.

Character ascension materials are easy to get and you can get them from either finishing domains and killing weekly world bosses and elite bosses.

They are easy to get but the amount of materials you need for each character ascension scales so high that it will take a long time before you get one character maxed out. This also means that you will need character EXP materials to max out characters for ascension. Another tedious grinding system for your characters.

For weapon ascension, you will have a surplus of minerals and ores from just playing the game and exploring the world. You will also get a lot of these from adventure rewards and doing dailies and all kinds of quests. Each character only equips one weapon and this aspect should not be grindy at all.

Overall, this is how all free-to-play gacha games are and hopefully, this does not stray you away from the game. It can be a good entry point in gacha games in general since their system is not as bad as other games of the same genre. They are extremely active in making updates and listening to the community so everything will get better in time.