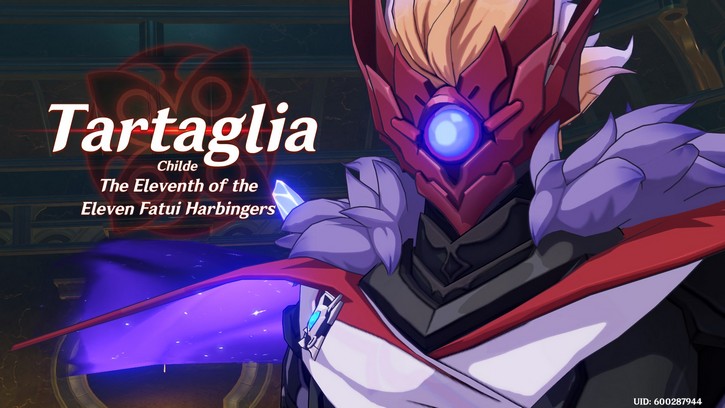 Childe is the hardest weekly boss you need to beat in Genshin Impact. With all the right characters for each of the weekly bosses, this fight requires so many dodges and focus to beat.

This guide will teach you how to beat Childe in Genshin Impact. There is also a video included in the guide to show you how the fight looks and get a better visual grasp of Childe’s attack in the fight.

One mandatory piece in your party setup is a healer. You can get by without one but you would lose a lot of food in doing so. The fight will not be that much faster too without a healer so it is best to bring one. Barbara is one of the best free ones to include in your party setup.

The best elements you should bring for the fight is definitely Pyro because of how Childe transforms and switches elements to Electro. Which makes Electro characters a little weaker for this fight because the hardest part is Childe’s third phase where he will be Electro.

Bring any Pyro character even your weaker ones and take advantage of the Overloaded elemental reaction. It burns Childe to a pulp for every elemental skill or elemental burst you do. There are some characters that are a bit useless against Childe because of their crowd-control specialties.

Characters such as Venti and Sucrose are weak against this boss and not because of their element or gear but, because of Childe’s immunity to crowd-control effects. If you have Childe/Tartaglia, you can also bring him because it is good to have a character that can switch between melee and ranged as the main damage dealer. Diluc is probably the best character to bring against Childe because of how he can deal Pyro damage non-stop.

For the first phase against Childe, he will be a Hydro element boss. Childe has very low HP and you can make quick work out of him in this phase. Make sure not to get damaged too much and always have your healer’s elemental burst active.

His most dangerous move in this phase is where he just blocks everything with a Hydro shield and suddenly dashes in a direction. It is hard to pinpoint when he will dash but if he has his shield up, you can hit him from afar just to check. Once he dashes and you are not near him, you have time to react and dodge easily.

Childe also has a move where he shoots his bow and rains down Hydro arrows from the sky. It is going to go one by one so you have time to hit him every time you dodge one of the arrows. The best way to know when to deal damage to Childe is when his guard is down.

By guard, I mean his hands are literally down. Once you see his weapon show up, he will be attacking soon so either move out of the way or just keep hitting him and just time your dodge right. There are not many attacks that Childe can do in this phase that can one-shot or deal enormous damage to you.

After the first phase, he will switch to his Fatui costume and deal Electro damaging attacks from now on. The most dangerous attack to watch out for is when he lifts up his weapon and calls in an Electro thunder to his weapon. After a few seconds, he will jump and smash the ground immediately, dealing a small AoE blast around him that might one-shot you.

You can easily dodge this by moving out since there is a long window where you can move out of the way. Overall, his attacks are just a bit stronger but still predictable. Once he shows his dual Electro blades, Childe will be looking to do an attack but he rarely attacks consecutively.

The last phase is the most difficult phase. Not only is he more dangerous but also, he becomes a lot thicker. Childe’s attacks will be harder to telegraph since his weapons are already out in the open. His attacks also have a wider radius and even has a 180-degree sweep.

You will take a lot of damage from this phase and there are attacks that are really hard to dodge. It is best to just take him out as quickly as possible and avoid his one-shot kill moves.

Childe’s most dangerous attack is when he floats in the air and charges his aerial attack that follows you to just smashes you down to Teyvat. You can see a little ring around your character when he does this move and it is almost impossible to dodge.

The best trick you can do for this is to have any character with an elemental burst active and use it immediately. Characters have invulnerable frames when they perform their elemental burst so this is a nice little trick to dodge it.

Childe also has moves that deal a big chunk of damage. This particular attack is where you will see a huge blue circle in the palace which covers almost half of the space. If you are stuck in the center of it, stop whatever you are doing, and just run away from it as soon as possible.

He also brings back his Hydro bow attack that falls from the ceiling but this time, it covers about 80% of the floor. You can find a free corner to hide from this attack but you can also use an elemental burst if his attack is about to land.

Other than these attacks mentioned, all of his other attacks require focus and reaction speed to dodge. Although they are not that dangerous, getting hit by all of them will definitely make the fight harder for you in the end.

Tips and Tricks Against Childe

The drops from the Childe/Tartaglia boss are the following and they vary greatly on the world level difficulty you are in and what the current level of the boss is.

This is another weekly boss you must absolutely finish at the end of each weekly reset because of the rewards you get. You can review the video above to review his attacks but this fight should be easy with enough heals and damage. If you feel that you are too weak to kill him quickly, you need to farm more artifacts and gear up your characters.

This fight is definitely harder than Stormterror Dvalin and the wolf trial so it is best to gear yourself up before trying to beat Childe.