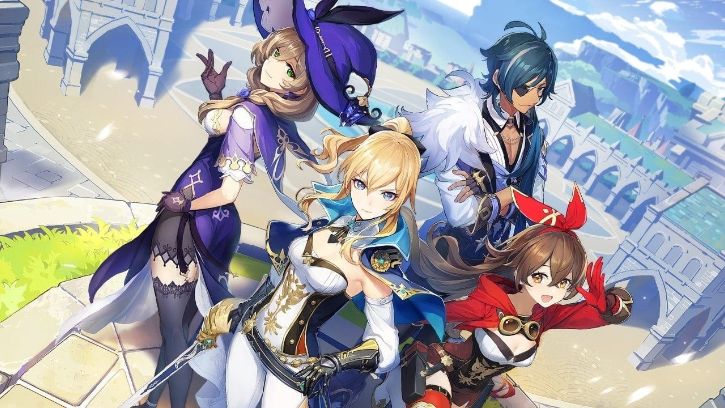 Genshin Impact is a gacha-type action role-playing game that has a variety of characters, all with differing stats, combat styles, and skills. When you progress through the game, you will inevitably unlock more characters either through the main story or through Wish pulls and it is only natural that you would either like to try these characters out or want to integrate them into your several parties.

In this guide, we will explore how to change characters in Genshin Impact as well as set up your parties.

At the beginning of the game, after choosing which twin you would want to play as, you will start out with one character. As you progress through the game’s story you will be meeting Amber, an archer with the element of Pyro as her attack type. She agrees to join your party, and this will be the first time you will be able to cycle through different characters during combat or exploration mode.

Once you have reached the first city Mondstadt, you will also unlock the ability to get more characters through Wishes, which is the currency used to pull for more heroes. To learn more about Wishes, you can check out our guide regarding rerolling and how to best manage your resources.

Your first Novice Banner pull will most likely net you 3 additional characters to use throughout the game, which puts your character total to 5. However, each party can only hold 4 characters, so how do you change up your party and use your extra character?

You may have also noticed in the Party Setup screen that there are 4 dots above your characters. These dots represent the total amount of party loadout that you can create. Party loadouts can be used in a variety of ways to save you a lot of time otherwise shuffling characters around for different scenarios.

An example of a scenario would be the elemental system of the game. All characters within the game have their own special elements which also dictates the type of attacks and damage they deal. In this case, it would be wise to set up several party loadouts that would otherwise exploit the elemental weaknesses of your enemies. There are also some dungeons that require a character with a specific type of element, so setting up party loadouts encompassing all elemental properties is also a smart investment.

Synergy among your characters is also important. Make sure that the characters in your party work well with each other as the game employs a rather unique character swapping system wherein you can change characters on the fly while you battle. Some characters work a lot better than others so the use of these loadouts can also be used to experiment for viable strategies and combinations.

With the gacha nature of the game, Genshin Impact offers a ton of characters and will only be adding even more as the game grows and fleshes itself out. Knowing which characters to use for the several quests and monsters in the game will definitely come in handy and changing characters as well as the party loadouts will be one of the more important things to know as requirements for certain quests as well as game-breaking combinations and synergies will be the forefront of leveling up and earning precious resources like Primogems.