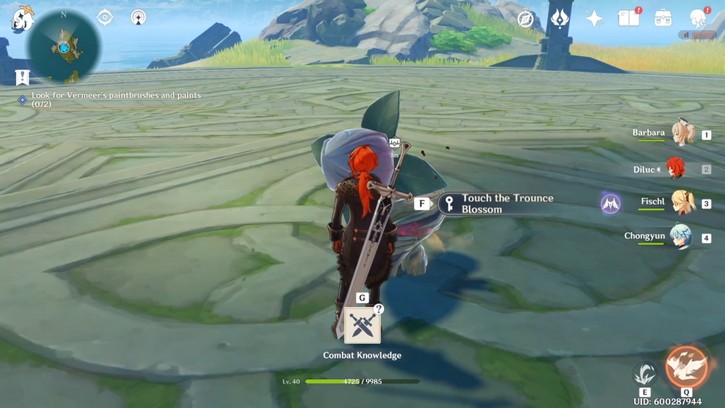 All the elements in Genshin Impact have a specific boss. For Geo, you will have to defeat the Geo Hypostasis for Geo character ascension materials and specific artifact sets. This guide will explain the best strategy to deal with the boss and what rewards you can get from it.

The best composition for this fight is to have 1 healer and 1 physical damage user. Almost all characters can deal a good chunk of elemental damage and Hypostasis bosses die faster with more elemental damage when their core is exposed. The Geo Hypostasis elite boss is different from the other elements because of how the totem pillars are immune to elemental damage.

Strong and fast melee weapons will be the best character option when dealing with the pillars so focus on only on using your strongest character because you would not need to cycle between characters for their elemental skill for the totem pillars.

The Geo Hypostasis boss spawns 4 totem pillars around the arena. One of the totem pillars will be in the middle of the arena right at the start which is the best one to destroy first. The reason why you need to destroy these pillars because the boss teleports on top of these which basically gives them immunity.

Like all other Hypostasis bosses, the Geo Hypostasis will do an attack and expose its core after it. You need to take the pillars down to have the exposed core down in the arena. If you destroy at least 2 or 3 totem pillars and you see the core already exposed, I still recommend going for the totem pillars instead of running back and forth towards the boss when its core is exposed and the remaining totem pillars left.

A great tip for destroying these pillars is to sprint or dodge after the last attack of your combo so that you can skip the animation and jump straight to attacking again.

The attacks are all easy to dodge except for one. The boss has one attack that makes the totem pillars emit pulses around them that can take out any character in mere seconds. The trick here is that the boss will also spawn a floating Geo mass near one of the remaining totem pillars. It only takes a few hits to destroy and it will spawn a barrier that protects you from the pulses. You can check this at 3:43 minute mark in the video above.

Once all the pillars are destroyed, you can focus solely on dodging the attacks and wait for the core to get exposed and unload on it. The Geo Hypostasis boss will spawn the same number of totem pillars again and maintain the first strategy.

During the fight, you will rarely use elemental skills while destroying the pillars. This is great because once the core is exposed, you will have all your elemental skills active and cycle quickly through all your characters in the party and absolutely melt the core every time it gets exposed.

Once you get used to its attacks, you can rush towards it after the attack animation before the core is even exposed so you can unload more hits and elemental skills on it.

The last phase will be totem pillars and not the core

When a Hypostasis boss receives fatal damage when its core is exposed, it will activate the last phase where it will teleport towards the middle and split. The Geo Hypostasis is unique because it does not split its cube’s core but it spawns 3 totem pillars in the middle.

These pillars are easier to destroy because it has less HP from the previous pillars you have been destroying. With good enough stats on your main damage dealer, you can easily take care of these pillars.

If you manage to fail in destroying all 3 pillars, the boss will heal and you will go back to the first phase and might end up destroying another phase of totem pillars across the arena. However, if you deal fatal damage again to activate the last phase again, the only pillars that will spawn are the ones you failed to destroy.

The drops from the Geo Hypostasis boss are the following and they vary greatly on the world level difficulty you are in and what the current level of the boss is.

The Geo Hypostasis is one of the hardest Hypostasis elite bosses in Teyvat. Not only that, the arena is quite far from a waypoint and playing in co-op mode can also make it difficult for players to come back to the arena after dying in the middle of the fight. The only reason that makes it difficult is because of the pulsing attack the boss does. When you learn how to dodge it, this boss can be finished effortlessly.