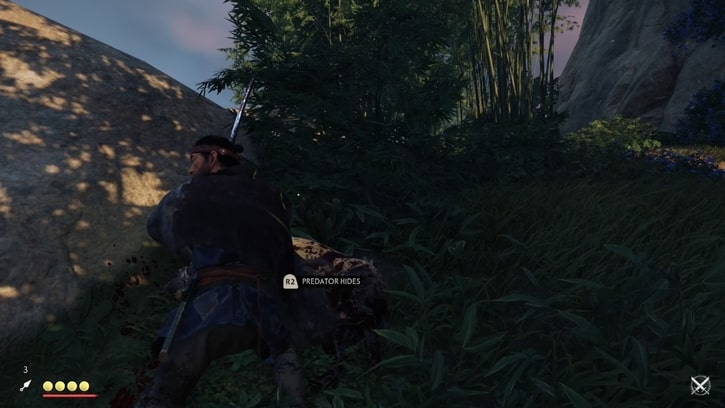 If you have played the game for a while, you would by now know that there is no lack of wild animals on the island of Tsushima, and while there is no real benefit to killing deers as they don’t drop any loot when killed, boars and bears do, and that is where you should be dedicating your time.

So, if you are currently wondering how to get predator hides or how to expand ammo capacity in Ghost of Tsushima, today, we are going to answer those questions for you.

How to Get Predator Hides

There are three ways for Jin to get his hands on predator hides; Mongol war dogs, bears, and boars. Which one is the easiest is quite subjective as that would depend on your setup and skill level, but generally speaking, the community has found the wild pigs to be the easiest to defeat.

How to Kill Mongol War Dogs

When it’s time for Jin to invade Mongol Strongholds, Mongol attack dogs will attempt to take Jin down almost right away. If you successfully manage to dodge their attempts of taking Jin down, that will leave them highly exposed and open for a counter-attack.

Make sure that when you fight the war dogs you finish the fight quickly as they often recover very fast and engage almost immediately. Usually, they will take a few swings to be taken down, but if you have the grappling hook, get somewhere high and a single arrow to the head will do the job just as well.

Be aware though that those dogs typically attack in groups of two or three, so killing one from distance will make your job much easier. Typically, before you attack or engage with Mongol forces, you should always try and eliminate at least one of the dogs from distance.

How to Hunt Boars

When it comes to boars, you should know that they often move around the island of Tsushima in packs of three or more. They also have a pretty good awareness which helps them to detect enemies from distance. If you have been spotted, they will instantly charge at you which can become quite overwhelming.

If you end up being in trouble, remember to use kunai to fire at them. Usually, they will die in one hit. If that fails, a swift kick should also do the job.

The easiest way to hunt boars is with a horse as they are scared and will often run away from you whenever they sense that you are around. Be sure to use this to your advantage by sniping them from distance, and proceeding to close down the distance without fear of getting attacked back.

How to Hunt Bears

If you have found Mongol war dogs and wild pigs to be a challenge, wait until you get into a combat with a bear. They are extremely vicious and powerful predators that can hardly be scared away, even if you are on a horse.

The bears can hit very hard, and there is very little that you can do about it.

Moreover, try and look for bears that are already fighting Mongol forces. Then, you can simply third party the fight and collect all the loot with minimal risk.