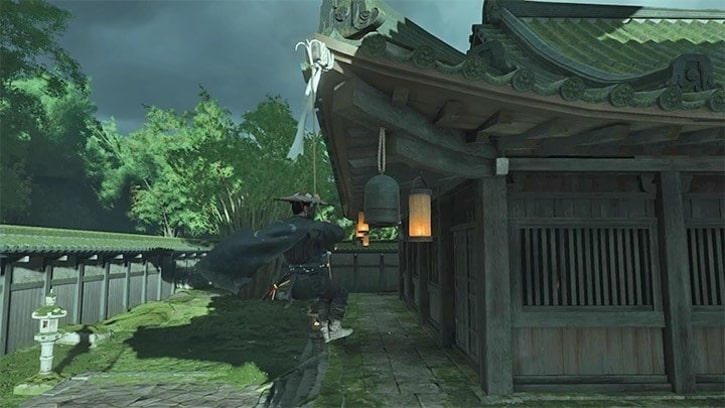 Believe it or not, there are certain tools in Ghost of Tsushima that can give you a great advantage when fighting opponents or simply travelling through the world. One of those is the Iron Hook, which is what today’s blog will be dedicated towards.

What Is the Grappling Hook?

The grappling hook or as it is referred to by Jin, the Iron Hook, is one of his key tools against the Mongol forces. It can be used to swing and climb sheer walls which will allow you to reach areas that would otherwise be out of reach.

Even though you are going to come across it quite early on in the game, it will be quite some time before you can actually unlock the grappling hook.

How to Get the Grappling Hook

As mentioned above, you are not going to be able to use the Grappling Hook right away. In order to get the hook, you will have to complete a series of quests along the critical plot path which will make the hook an essential component of Jin’s plan in rescuing Lord Shimura from Castle Kaneda.

Below are the quests that you need to complete to get the grappling hook:

Some of the initial missions will require Jin to make use of his stealth tactics in order to sneak behind enemy guards and complete the objectives. In the later stages of the quest list, when fighting enemies, you will be given the choice to become a Samurai.

In order to get the Iron Hook as fast as possible, you will need to recruit all allies that are marked on the map with gold mission icons. After that, set up the Komatsu Forge for Yuna’s brother to use.

How to Use the Grappling Hook

Once you complete The Iron Hook quest and get your hands on the grappling hook, you can begin using it by pressing R2 in the air. Bare in mind that if you press R2 while being on the ground, the character will simply crouch. So, make sure that you either jump or are falling before pressing R2.

Using the Grappling Hook in Combat

The grappling hook itself cannot be directly used in combat when fighting the opposition. You are not going to be able to tie an enemy or even pull them towards you. Rather, you can use the hook to give you a competitive advantage such as reach areas from which you can bow the enemy and even execute successful drop assassinations.

Moreover, you can use the hook to escape danger if you are overwhelmed or are trying to cross areas that the opponents cannot follow.

Where Can the Grappling Hook Be Used?

While it would be pretty awesome to use the hook to access virtually every place on the map, unfortunately, that is not the case. In this case, the grappling hook can prove to be a great method for navigating the world of Ghost of Tsushima.

You are only able to use the Iron Hook in places that are specifically market on the map like cliff faces, buildings, and shrines. As we mentioned above, the hook will be an integral part of Jin’s success in the story line, as without it, he will not be able to navigate or even access certain paths, especially those that are found at later stages of the game. This is because those paths were previously destroyed by the enemy that invaded Tsushima.