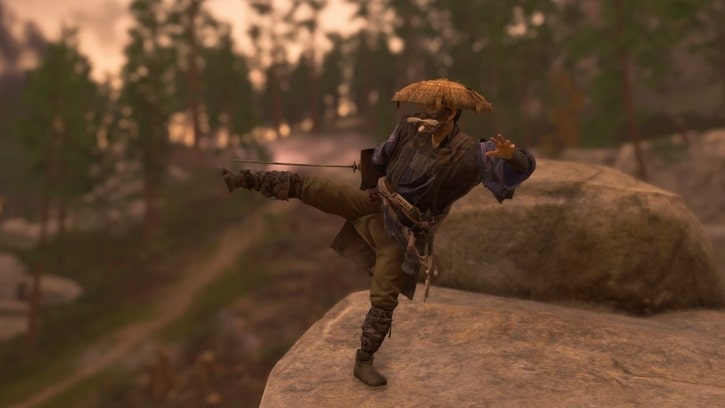 It’s no secret that you can use quite a range of different weapons and tools to fight against the Mongol forces, but if you are looking to spice things up and make it a little more challenging, quite often a boot to the body can do the job.

If you have played the game already, you probably already know that Ghost of Tsushima offers a couple of unique fighting styles and special moves that you can take advantage of. But, if you are reading this article right before playing it, we want to introduce you to some fighting styles that are definitely worth learning.

So, if you want to know how to kick in Ghost of Tsushima, we’ll teach you everything you need know below.

Kicking Techniques in Ghost of Tsushima

There are two kicking techniques in Ghost of Tsushima. The main one is unlocked with the Wind Stance. Once you get your hands on this stance, you will unlock the Typhoon Kick which can be executed by holding down the triangle button.

If you want to send enemies flying, be sure to use this kicking technique in your next battle against the Mongols. But first, in order for you to unlock the Wind Stance, you must fight or observe Mongol leaders.

If you haven’t yet unlocked this kicking technique, don’t worry. There is a different way, which is unfortunately far less effective, but still looks pretty cool. In order to execute this technique, jump at an enemy and then hit the triangle button.

Note: Don’t overuse this technique against your enemies as they will adapt, making it less and less effective on them.

What Are the Benefits of Kicking in Ghost of Tsushima?

It’s no surprise that there aren’t any real added benefits to swiftly booting an enemy to the face, and that a sword will deal a significantly higher amount of damage to opponents.

You can use the kicking techniques to just spice things up a little in your fights and make them slightly more challenging for you, in case you are finding the enemies a little too easy to defeat.