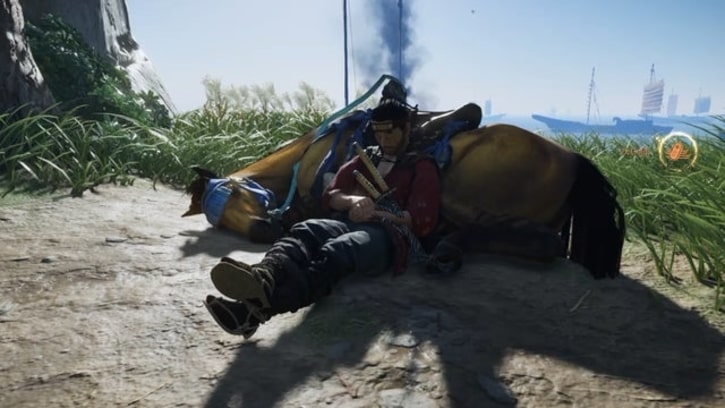 Since the release of Ghost of Tsushima, the PS4 community has experienced a rather unique feature that many people are unaware of how to complete, and as the game quickly approaches 2 weeks since it’s release, the gamers have started to ask questions. What could that be? Simply sleeping.

Jin Sakai, one of the last Samurai on Tsushima Island during the first Mongol invasion of Japan has been spotted taking a rest next to his horse on multiple occasions throughout the storyline.

So, how do you actually sleep in the game? Well, you can’t. It simply just happens on its own. While some people have experienced this multiple times, other players in the community are desperate for their first time.

One thing that we know for sure is that Jin often takes a rest right after you complete missions or clear out Mongol territories. The latter being more consistent. So, if you want to experience this while playing the game, just be patient, and it will happen eventually.

Are There Any Benefits of Sleeping in Ghost of Tsushima?

No, there are no benefits to your character or gameplay performance if you sleep in Ghost of Tsushima or not. However, Jin sleeping next to his horse feature is more significant in telling the story between their partnership in battle throughout the storyline.

The game is made in such a way to use the gameplay to its advantage to make sure that you understand that the horse that you pick out is going to be yours throughout the whole game, helping you to develop a connection.

When you first start playing the game, during the tutorial phase, you will get the chance to pick out the horse that you want and even name it. This feature makes it from being just “a horse” to being “your horse.”