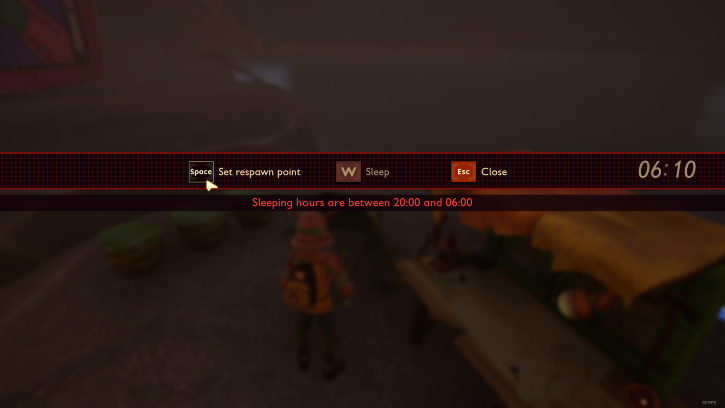 How to Set a Respawn Point

Setting a Respawn Point is simple. You will need to craft a Lean-To and use it to set a the respawn point to this location. You can build a Lean-To multiple times so that you can set them up in locations where you would need a constant respawn point. You will have to set it manually every time you need a respawn point on that particular location.

Can a Respawn Point be Set Anywhere?

Benefits of a Respawn Point

The benefits in using a respawn point is that you can sort of cheese your way through fighting strong enemies with not enough gear. You can set a respawn point by building a Lean-To near a certain enemy you would want to kill.

For example, you would want to farm and kill a Wolf Spider for gear or just to research their drops to unlock more blueprints. You should construct a Lean-To near the oak tree but not near enough enemies that can break the Lean-To when you die.

This way, you can constantly respawn and fight again after looting your belongings. You should be quick in equipping items when doing so and only click on the essentials ones for battle.

You should also build more than one respawn point or Lean-To inside your base to be safe. When ants or larvae raid your base, they might go after your Lean-To which can set your respawn point at the starting point in the game. You can easily switch to another respawn point if your main respawn point got destroyed mid-fight.

Another benefit of a respawn point is using it to replenish your hunger or thirst when you need to save your food and drinks for a different time. When you just spend your time thinking of building your base or doing some organizational work, you can just easily die out of hunger or thirst and just respawn back to have both your hunger and thirst replenish just a tiny bit.

Remember to use these creative ways in using the Lean-To to become more efficient in exploring the backyard or designing your base. The respawn point can be unlocked and set early in the game so make it a priority after deciding where you are going to build your base.