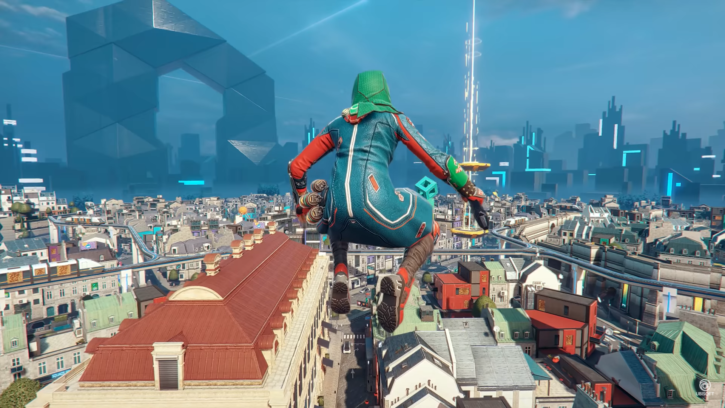 Hyper Scape, Ubisoft’s battle royale game is a futuristic shooter with a high skill ceiling. The game is fast-paced with a lot of futuristic elements. The game also boasts different characters you can choose to play with.

Modern games all come with customizability. This gives gamers an option to personalise their in-game avatar and add a little flair to their gameplay. It also keeps the game fresh and gives pro’s a chance to explore a few extra features to look cool and clutch the game in style.

Hyperscape has a futuristic design that demands cool character avatars, weapon skins, logos and poda. A dash of neon and imaginative color schemes come into play with a game set in the 2050’s.

How to Buy Hyper Scape Skins

Since it’s release, Ubisoft has gone on to release several customizable elements that can be purchased in the in-game Market. Here you get to customize each character, give them new outfits, awesome holographic logos, and skins for each of the nine weapons in the game.

You spawn into the play area in a pod that shoots from the stratosphere. You get various customisable skins for the pods too, that matches the rest of your kit. To purchase ‘packs’ or individual skins, you buy in game gold. You can use the gold to upgrade your favorite characters.

You can also watch out for drops on Twitch. If you are a Twitch Prime subscriber, you can access your prime loot by clicking the golden crown on the top right of your screen. Hyper Scape has a loot page that you can visit on Twitch. This will give you an awesome full-loadout skin for weapons, pods, logo, and celebration. The Twitch Prime bundle looks awesome too. With a metallic silver and Twitch logo purple, you kill walkaways will look really cool.

The Hyper Scape shop can be used to unlock skins for each character individually, with each having their own unique design which suits their backstory and in-game persona. For example, Ubisoft released the Corsair skin in partnership with the gaming accessory manufacturer. It gives you premium skins for certain characters with a sporty and athletic look, much like the design of the headphones.

Are Hyper Scape Skins Worth It?

The game boasts of some impressive design elements. Combined with the game environment, graphics, hack abilities and style of gameplay – skins make it a much better experience. Much like CS:GO, Fortnite or Valorant; this game offers immense scope for customizability. Also, there are multiple elements that can be customized and not just weapon skins.

So when you pay for a package you get multiple elements with a cool new design that makes each purchase worth it. The game offers a lot of movement and agility skills combined with combat, this makes character skins much more noticeable and worth the money you pay for them.

It looks like some skins can be unlocked with Battlepass points, which you earn by completing certain objectives in the game. By getting kills, securing the crown, using certain weapons and logging in and playing regularly, you gain points which can be used to unlock a host of character skins, celebrations, weapon skins etc. This feature makes it worthwhile for those who like to earn their rewards and wear their kills.

With several announcements imminent, Ubisoft’s Hyper Scape will just go from strength to strength. There are already whispers across the gaming community calling it a well rounded battle royale game that is enjoyable. The skin upgrades will give the game that edge and enjoyable, fun element putting it above the rest in the genre.