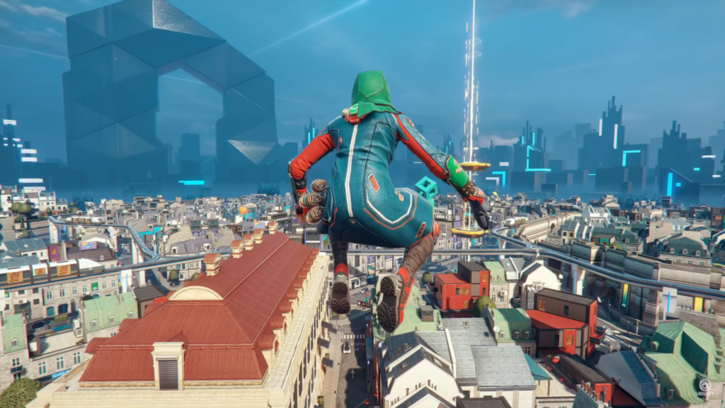 With a heavy focus on visuals and movement, the game is often a combination of heavy movement and graphic-heavy visuals. The game has an expansive player base on PC and looks to entice a range of battle royale fans with an expansive range of gaming setups.

But the gaming world is split in the middle between mouse players and joystick/ controller players. The newer generation of gamers play a large number of FPS first-person and third-person shooters using controllers, even on PC. But traditional gamers love the utility and intuitive simplicity of mouse gameplay. Many associate PC gamesmanship with the ability to master the mouse.

But the good news for Hyper Scape fans is that it allows for controller gameplay on PC too! For console faithful without access to an Xbox or PS4, this is a boon. It is very easy for gamers to link their controllers from consoles to their PC.

For Hyper Scape, you can use both the Xbox and PS4 gamepad. To use the Xbox controller with the PC, connect it using an USB cable. This should either launch a prompt on your PC that the joystick is being installed or open up the Xbox game centre.

Once the Xbox light on your controller stops blinking and glows steadily, it signals that pairing is complete and the game is ready to launch. Once the game is launched, recognition is immediate. The game will launch a control screen for buttons and their corresponding in-game function.

But remember that the Xbox 360 controller is not supported. And also, an aim assist program does not exist in the game to compensate for the slight disadvantage that gamers have when they play high-speed battle royale games with a console joystick.

Similarly, the game also supports PS4 controllers. Connect it to your PC with a joystick and wait for the pairing USB program to finish installing the software. Press the share button or the PS4 centre button for a couple of seconds until the controller backlight starts flashing.

Once the game is launched the game will display a list of controls. There is no aim assist yet for the PS4 controller. PS3 controller are not supported by the game. If your PS4 controller is causing connectivity issues with a USB 3.0 cable, try a 2.0 cable as the controller is backwards compatible and this usually solves small software communication issues on a Windows PC which has an inbuilt Xbox game hub but not a PS$ controller hub.