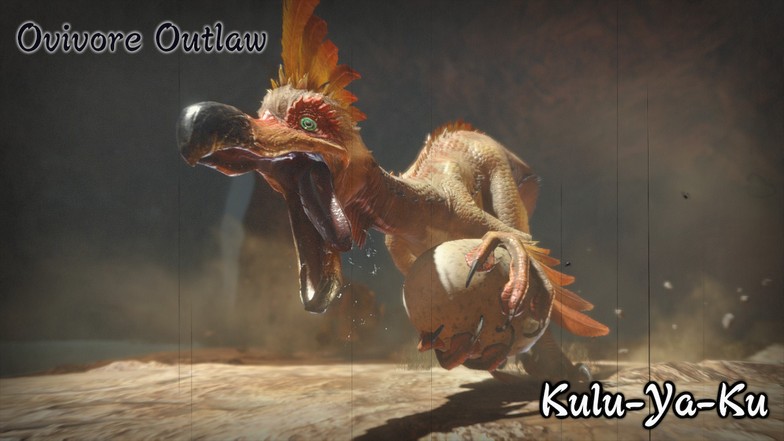 Kulu-Ya-Ku is one of the first large monsters that will be introduced to you in Monster Hunter Rise. They are annoying to deal with and they are also smaller than your usual monsters.

Even if they are one of the easier monsters, they still drop valuable items and materials that are used for crafting stronger weapons and armor. This guide will teach you how to beat Kulu-Ya-Ku in Monster Hunter Rise and show all the materials and items you get as rewards.

Kulu-Ya-Ku is almost weak to all normal weapons. No matter the element, you are just aiming to get some hits off with raw damage. Even if it has weaker resistances on water-type weapons, you can almost deal the same amount of damage and it will only matter if you have an insane amount of water damage on your weapon.

Kulu-Ya-Ku is an easy monster but a quite annoying one because of his small boulders. Keep using the best weapon you have against Kulu-Ya-Ku and even the High Rank version is easy as well.

Kulu-Ya-Ku’s main gimmick is the way it digs for a boulder as a weapon as well as protection. It only searches for a boulder once the fight has begun and you will be fighting it at the start without Kulu-Ya-Ku holding one. Once it starts digging for a boulder, you can immediately see its claws digging down and you can actually stagger it to stop Kulu-Ya-Ku from getting the boulder.

Paralysis, sleep, blinds, and other crowd control effects also work on stopping it. Once you stop it from getting a boulder, it will go through its normal behavior and start attacking again. It will take a while before it searches for another boulder so stopping it is key to make this fight easier or faster.

If you fight it when it is holding a boulder, you can still break through it but it gets annoying since it blocks most of your attacks when your weapon hits the body. Kulu-Ya-Ku holds the boulder near its body and below the head. Since Kulu-Ya-Ku is such a small monster, it might get hard to get some combos in without hitting the boulder.

If you hit the boulder enough, it will actually break the boulder and it stops it from doing its boulder attacks. These boulder attacks are dangerous if you get hit especially in Master Rank. It can stun you if you get hit, and it gives Kulu-Ya-Ku a ranged attack if it decides to throw it at you. Make sure you know how to dodge and anticipate this attack because this might be the only dangerous one in the fight.

To easily farm this monster, use weapons that can stagger it with ease. If you have to save some of your skills to do it, it saves you a lot of time in the long run after you stop Kulu-Ya-Ku from getting a boulder. Even if you are using the Best Dual Blades weapon, it might be hard to stagger the boss so the playstyle will be different. It is better just to go all-out and attack Kulu-Ya-Ku relentlessly.

Kulu-Ya-Ku is one of the earliest monsters you need to farm and it is easy to beat. While it is an easy monster, it is still worth it to grind since Bird Wyvern Gems are sometimes needed for High Rank weapons. That is what makes Monster Hunter Rise and previous MH titles. Everything you do is counted as progression whether it is for materials or money.