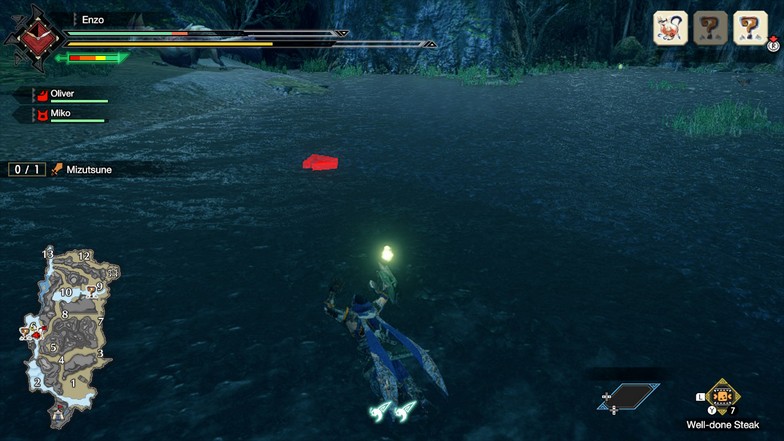 In the Monster Hunter series, there are multiple classes available and each one has a unique moveset that separates them from each other. Apart from these movesets, they also have different weapons and armor sets.

With all this uniqueness in the classes, they also have different ways of dodging. Obviously, dodging can also be used when rolling out of combat and that will also be discussed. This guide will teach you how to dodge in Monster Hunter Rise.

How to Roll Dodge

To roll dodge, you just press B on your Joy-con and hold the left analog stick towards the direction you want to roll to. This will drain your stamina every time you do this and it is the main way of dodging any attacks from monsters.

There is a small immunity window (a little over a split-second) where if you time it correctly, you can dodge sweeping or area of effect attacks from monsters. This is difficult to do and it takes a ton of practice to get used to.

This is a safer way of performing a dodge. The only requirement is that you need to have your weapons sheathed. When your weapons are out, diving will not be an option so you have to press R to sheath your weapon. Some classes sheath their weapons faster so you have to take note of the speed of how your class sheaths and calculate if it is better to roll or sheath and then dive.

To dive, you have to sprint by holding R first towards the opposite direction of the monster. Once you see the animation of your character sprinting (there really is a difference here and it looks like your character has his/her chest out while running), you can press B and you will perform the dive.

So what are the benefits of using this instead of rolling? The main reason is that it gives you a longer immunity window than the roll dodge. Generally, it is safer but only if you time it correctly. This is because of the longer recovery you need to wait for after performing the dive. When the monster is still near you and about to attack after your dive, you have no choice but to try and roll again.

Fleebugs are mostly used as the main mobility skill characters use to traverse around the area or climb cliffs. It is also used for combat to perform nasty combos like from the Dual Blades class. During fights, you can also use Fleebugs for dodging dangerous attacks.

Fleebugs are the best way of recovering from a knockback or knockdown. You will see an indicator of when it is possible to use the Fleebug to pull yourself back up instantly and land on your feet. If that is not possible, you can just Fleebug yourself out of danger when you are about to get up from being knocked down.

However, Fleebugs are limited and you can see the number of counters on the bottom of your screen to use them. They have a cooldown so you have to pay attention if they are available or not. You can pick up Fleebugs around the area to increase your counters for a specific amount of time (around 5 minutes).

It is best to know your class best. One of the top-tier classes is usually full-on offensive ones like the Long Sword class. It is a little slow but their combo has a back step variation between the attacks when timed. Some speedrunners use this class it is because they have all the mechanical skills to execute these efficiently.

Once you have mastered all the moves available for your class, you can practice implementing combos like these. This requires you to know the monster’s habits and attacks. Even then, it will still be hard to pull off.

Like in previous Monster Hunter games, there are evasion stats you can get from certain armor pieces. It specifically improves the number of frames you dodge when you use the dodge roll. With more evasion stats, it will make it easier for you to dodge attacks since you are invulnerable during the roll a little longer.

Now, it is a matter of sacrificing other stats for getting evasion which might seem wasteful but it should depend on your class whether they are slow, built offensively, or ranged, If you are using the sword and shield class, you can just block most of the incoming damage with your shield.

If you are using the Light Gunbow, Heavy Gunbow, or Bow classes, they might be useful if you are playing solo. There are many factors to account for when building your character so evasion might not be the main priority (or even a sub priority) to some classes but it is nice to have the option to explore builds that make you tougher in combat.

Dodging is extremely crucial in Monster Hunter Rise. If you have played previous Monster Hunter games, you would know that most of the strongest monsters like Gogmazios only have a slight or absolutely no room for error. They all have berserk phases and you can even destroy some of the monster’s parts for extra loot.

So it is probably the best thing to master first when playing Monster Hunter Rise if you are not yet familiar with the game. Learning combos will be easy as there are only a few to memorize but executing them is another thing.