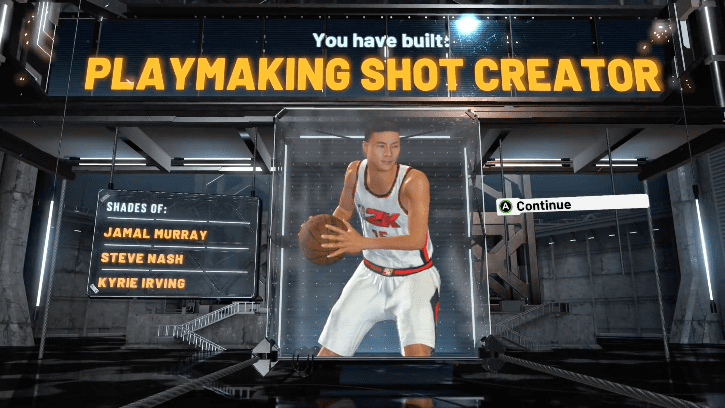 Struggling with finding a truly great PG build guide for your player in NBA 2K21? Well, put that struggle to bed as in today’s article, we will present to you what we think is truly the most overpowered point guard that you could possibly build in 2K21. And no, we aren’t going off what we think is the best. Rather, we are going to go for what is the best after conducting plenty of experiments.

Now, everyone has different opinions, particularly those who are coming from NBA 2K19, and NBA 2K20, where you could pretty much get away with any build. If you are one of those guys, we’d recommend you to stick around as there had been quite a few changes in this years version of the game. Moreover, there are features that used to work in NBA 2K20 that are no longer relevant in NBA 2K21.

Before we jump into the build, we wanted to quickly summarise what we are covering today so that you can jump to a specific point of interest if that is all you are here today for. Firstly, we will introduce the point guard position to those who are new to basketball or NBA 2K21 as a whole. Then, we will get into the build, starting with exploring the different skill breakdowns, physical profiles, attribute points, body type, takeovers, and finally, all of the best badges in NBA 2K21 for a point guard.

A point guard is essentially the player on the court who is responsible for running the team’s offensive play and make sure that the ball gets to the right player at the right time. Their primary job is to create scoring chances for their team, and sometimes, even for themselves. I guess, you could even call a point guard the ‘engine’ of the team.

As a point guard, you really don’t have a lot of pie chart options to pick from that would make your player considerably decent at their role. As point guards are essentially playmakers with a decent level of shooting, what we are going to look to focus on is selecting a skill that evenly distributes shooting and playmaking.

If you carefully browse the pie charts, you will notice that there really is only one that stands out which very evenly distributes between the playmaking and shooting skill. That is the pie chart that we are going to go for. If you are a little confused as to which one we are talking about, feel free to check the image above as a point of visual reference.

As a point guard, speed would really be the most important physical feature that you could possibly have. This is mainly due to the responsibility of moving the ball from defense to offence as quickly and as effectively as possible. Yes, strength is also very important but we feel like as a point guard, you really need to emphasise on your speed.

So, what we would recommend is to go for the pie chart that gives off most speed. Again, if you are not quite sure, use the image above as a reference.

Now, for attribute points, we have have decided to literally max out our core skillset which we picked before. That means that you should maximize all of the attribute points for shooting and playmaking. Check below for a breakdown of each.

In terms of a body type for a point guard, you should ideally try to make them as fast as possible, this means that they shouldn’t be too tall or too heavy. Anyway, we have done the hard part for you. Take a look at what we came up with.

For height, we believe that 6 for 4 is the most optimal option. Going any lower isn’t really going to give you any extra speed, but will definitely take a hit on your strength, which is very important in NBA 2K21. Likewise, going for a higher option is going to potentially ruin your build as it additional height will slow you down and reduce the ball handling abilities. As a point guard, you are the person who is responsible for quickly distributing the ball, and lacking in speed and ball handling, you are no good to the team.

When it comes weight, we decided to stick with 175lbs, which is pretty light for someone that is of that height, however, it will maximize our speed ability. Yes, it will take a hit on our Interior Defense and Post Moves, but we aren’t even going to be making use of those so it doesn’t really matter.

In terms of wingspan, after some experiments, we concluded that the best one for our point guard build is 76.9″. And despite taking a hit in terms of close shot and diving dunk, our mid-range shots and three-point shots get a significant buff.

With the takeover, you will have quite a few options that you can pick from. Some are very good and some aren’t. In comparison to 2K20, some of the takeovers have had a slight buff such as the playmaker.

But, for our build, we will go with the shot creator takeover. It will essentially make our player more effective at shooting off the dribble and can shake off defenders consistently using setback and spin gathers. After that, your build should be ‘Playmaking Shot Creator’.

And finally, the badges. There has been quite a big discussion in terms of what the best badges for point guard are, but after some trial and error, we believe to have the correct formula.

For the finishing badges, we are can only use one Bronze badge, which is:

1) Bronze Footwork: This badge will provide your player the ability to beat defenders with an advanced layup or dunk gather. An incredibly useful badge when you are dribbling, which will happen quite often as a point guard.

1) HOF Catch & Shoot: This HoF badge will boost your players’ chances of hitting a jump shot right after he catches the ball coming in from a rebound or a pass.

2) HOF Difficult Shots: This perk will better your players’ ability to shoot more difficult shots off the dribble.

3) HOF Green Machine: Use this perk to increase the bonus given for consecutive excellent releases.

4) HOF Range Extender: Using this badge will increase the players’ natural ability to shoot from further out.

5) HOF Tireless Shooter: This badge will improve your characters’ ability to make shots even when they are fatigued. It is an incredibly important badge that comes into play late game when all of your players are exhausted.

6) HOF Deadeye: This badge will significantly reduce the impact on your player from a defender who is closing out.

7) Bronze Clutch Shooter: Making use of this badge will increase the players’ ability to knock down shots in clutch moments. This badge only applies if you are yet to unlock your players’ hot zones. In that case, stick to that as it is much more effective. Even, you could make it a HoF and sacrifice a badge elsewhere.

1) HOF Bail Out: Use this badge to increase the character’s chances of successfully completing a pass from mid-air.

2) HOF Quick First Step: This perk will make your better much better at creating space from a defender. As a point guard, your role is to effectively distribute the ball and so, every bit of space is a plus.

3) HOF Needle Threader: With this badge, you will have an increase in the likelihood that a tough pass can get past by the defense. Quite important if your player has a low ball handling score.

4) HOF Space Creator: Making use of this perk will significantly better your players’ ability to create space from a defender. It will be of great help as a point guard when it comes to closing in on your opponents half.

5) HOF Tight Handles: With this one, your player will have an improved ability to break down their defender much more effectively.

6) HOF Unpluckable: This badge is very powerful as your point guard player will have a reduced chance of being stripped by opposing defenders.

1) Bronze Clamps: This badge will increase your player’s ability to remain in front of the ball handler on the perimeter.

Since we don’t really have any spare badges, that will be it. This leaves us with 12 Hall Of Fame Badges, 0 Gold Badges, 0 Silver Badges, and 2 Bronze Badges.