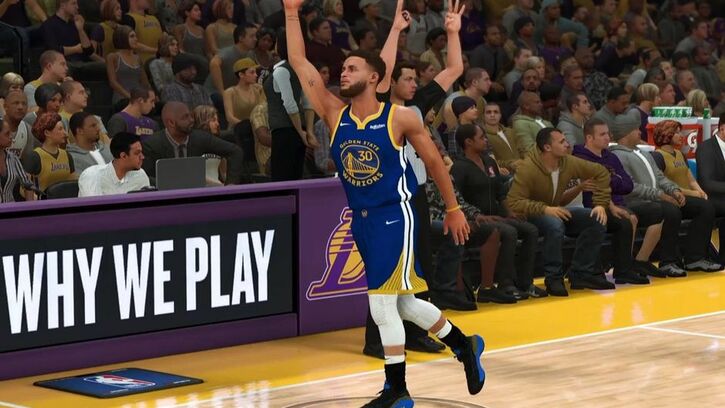 If you have landed on this page, you have probably been playing MyCareer on 2K21 and have tried everything under the sun to finally be in the starting squad of your team. However, despite your endless practice and effort, your coach still isn’t playing you.

So, after some playing around, we believe to have discovered some great tips that will help you immensely when it comes to being selected to play for your team.

Just as a side note, if you are yet to join a team, please consider our first point quite seriously as it does matter which team you decide to go for, regardless of the level of interest of the club that is looking to sign you.

1) Avoid Teams With Great Players Playing in Your Position

This is perhaps one of the most important points to consider before you join a team. What you need to do is make sure that there isn’t an established player with a higher overall score that is already playing in your position. You quite simply cannot be mad at the coach for not playing you when there is someone already in the squad that better fits the team and is likely to be better than you (for now at least).

A great example is if you are just starting out as a Point Guard, it wouldn’t be the best of ideas to join the Brooklyn Nets because they have the great Kyrie Irving, and to be honest, chances are that you are not going to replace him and become a starter any time soon.

So, what we would recommend is that you join a club that has less competition for your position. As a side note, you should disregard how interested a particular club is because if there is already a higher rated player that is playing in your position, chances are that you are not going to become a starter unless you reach a certain level.

This one is quite self-explanatory. If you want to get started or at least increase your chances of your coach choosing you over someone else, you must simply play the game and be patient. With time, as the overall score of your player increases, so will your chances of getting started.

One of the best ways to increase your players’ overall score is by playing games, getting VC quickly and upgrading your players attributes. You can also start to regularly visit the Gatorade Training Facility once per day. This will provide your player with some additional training exercises, which will boost his attributes.

Alternatively, if you are willing to spend money on the game and reduce the grind, the best way to quickly get to the top is by purchasing VC.

3) Focus on Points and Assists

If you desire to become a starter in NBA 2K21, you need to show your coach that you are a worthy and valuable player to the squad. It is recommended that you aim for at least 20 points and 8 assists per game. Those can come in any form ranging from steals to blocks, and rebounds.

Shooting for high percentage is an important aspect of becoming a starter player in NBA 2K21. This means that you should only make use of the best dunks, dribbles, post moves, and jump shots that bring minimal risk of missing a shot. Generally speaking, you should avoid attempting difficult shots, which you might miss.

5) Do Not Skip Games

This one really is a no brainer. If you want to become a starting player, you need to be reliable and dedicated to the team. This means that you should show up for every single game, even if you are not a starter.

6) Prove Yourself as a Player

While you should consistently aim for scoring around 20 points per game and making at least 8 assists, it is important from time to time that you have a very strong game in which you have played extremely well. This means that you should be having games with 40+ points.

By playing on such a high level consistently, you will show your value to the coach who is likely to eventually start you over your competition in your squad.

Hopefully, after following the tips from above, you will quickly enough become a starting player for your team. The most important thing to remember is that you should stay consistent with your games, show up every time, and be a player of immense value to your team.