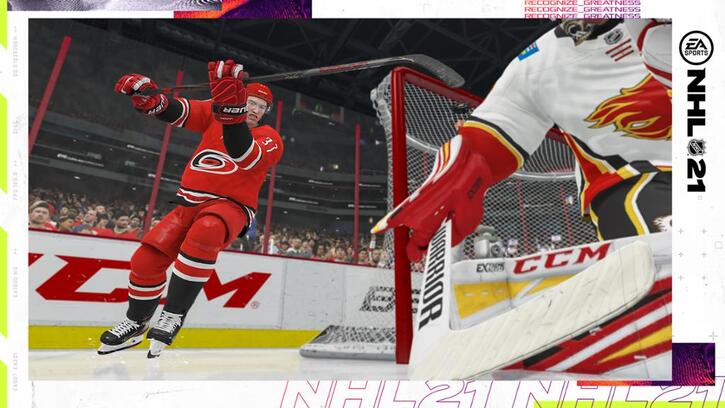 Fans of ice hockey know how important winning faceoffs is to securing possession and scoring more goals. The same holds true in EA sports NHL 21, where knowledge on the ways to win faceoffs go a long way in helping your team retain the puck and create more chances on the ice.

Gaining possession and getting an early jump on puck and arena control is integral to the sport. To build plays and score goals regularly, in both Be a Pro and HUT Rush, puck control is the most important factor. A guaranteed way to gain access to the puck throughout the game is to win faceoffs. Mastering the skill in the game takes some time as there are a variety of ways to perform it.

In NHL 21, faceoffs take place every time a new half or period of the game begins, if either team scores a goal, or if there is a foul or fight in the game resulting in a stoppage. Every game has at least 8-10 faceoffs which means that it is a skill worth learning and mastering to dominate opponents in Ultimate team or offline play.

Watching for the puck drop is crucial. As the referee holds the puck down and the players take positions inside the circle, watch the puck position closely. Usually, the player who performs the faceoff action first, after the puck hits the ice, is the player who gains possession and passes to a teammate.

It is essential to watch and learn the timing of the puck drop to establish a set pattern for your faceoff style. Once you understand when the referee lets the puck go, faceoffs in NHL 21 become a whole lot easier to win.

To perform a Forehand Back Faceoff move, you need to switch the stick to your selected player’s dominant hand. For this, you use the right analog stick and move it to the right (for right-handed players) or left (for left-handed players). This allows your player to assume a forehand grip and wait for the puck to drop.

To perform the Forehand back Faceoff move in NHL 21, hold the right analog in the desired direction. As the puck hits the ice, pull the right analog stick down. This forces your player to quickly sling the puck back to the teammate who is the designated receiver for the faceoff. This is the most used and successful faceoff as it is easy to time and perform. But, it is easy to counter in online matches so watch out for repetition as opponents could read your preferred faceoff easily.

You can use the left analog to direct the pass after winning a faceoff in NHL 21 using the sticklift method. Simply point the left stick in the direction of the teammate who you think should receive the puck and you will pass to him automatically.

As the puck hits the ice, pull the right analog stick down. This forces your player to quickly sling the puck back to the teammate who is the designated receiver for the faceoff. This is a variant to the forehand back faceoff method in NHL 21. It can be used to throw your online HUT opponents off your patterns and ensure that you secure more faceoff wins in NHL 21.

This method is used as an alternate to the backhand back method for players who prefer backhand faceoffs over forehand dominant steals. To use this move, you need to hold the right stick in the opposite direction to the dominant hand of the player (Right analog left for a right-hander and vice versa).

When the referee drops the puck on the ice, you need to flick the right analog stick up (or forwards) to activate the backhand sticklift. This makes the player perform a quick pivot and shield the puck, lift the stick and pass to the teammate while facing him.

You can use the left analog to direct the pass after winning a faceoff in NHL 21 using the sticklift method. Simply point the left stick in the direction of the teammate who you think should receive the puck and you will pass to him automatically.

The tie-up is a move where you use your stick to block the opponent from reaching the puck. As he scuffles to break free from the tangled mess of hockey sticks, your teammate rushes in from the side to neatly push the puck out and pass to a teammate or dribble towards goal.

The controls for the tie-up is the same for either of the grips. For both forehand and backhand holds, simply hold the left analog stick upwards or forwards. This is an easy way to trigger the move and is the easiest of the faceoffs to perform.

This is the coolest looking move in NHL 21 and gives you the highest chance of victory from faceoffs in NHL 21. This allows you to slide the puck through the opposition players’ legs or simple shoot from faceoff circles.

Obviously, the shots from faceoffs are not very effective from the middle but in faceoffs closer to the goal, you can try them out to surprise players in Ultimate Team Rush games and score highlight-reel goals that will force a few rage quits.

To perform the deke faceoff, hold the LB button before the referee drops the puck and then flick the right analog forwards the exact moment the puck is released. Timing is crucial in this move as you need to be fast and have to have good deking players in your squad to pull this off. But if performed right, it is the most satisfying faceoff in the game.

To shoot from faceoff, simply flick the right analog stick forwards as the puck touches the ice to perform a slapshot. This can be performed with either grip and is effective in certain areas.

The deke and shot have the most chances of victory and can only be countered if the opponent predicts this and performs the same move, which will lead to a tie-up.

Try out these various faceoffs in NHL 21 to hold on to the puck and maximize your chances of shooting and scoring in the game.