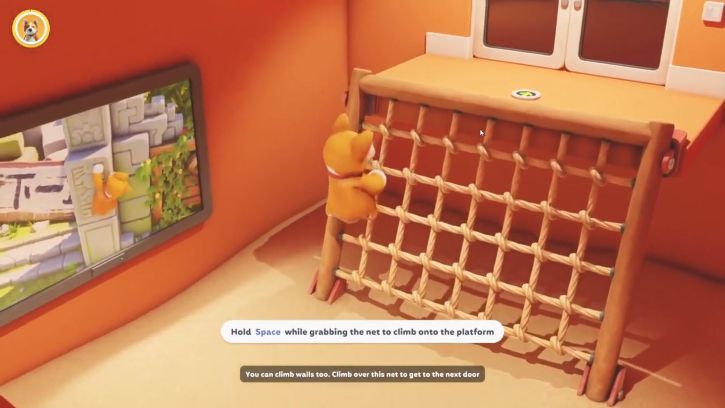 When it comes to avoiding a scuffle with your friends and enemies in Party Animals, getting onto higher ground is definitely one of the better things you would want to do. Although most of the stages do not really call for climbing, the stages that do would have it be one of the most important things to do in order to survive in either the Last Stand or Fight Club game modes.

In this guide, we will be looking at how to climb up walls in Party Animals and how mastering this move is a must if you want to win in certain stages.

Quick Navigation show
How Do You Climb?
Best Stages to Use the Climbing Mechanic
Ichiban
Red October
Conclusion

How Do You Climb?

Climbing is rather easy to do, but a bit hard to master because of the physics model of the game. For starters, to climb, you must approach a grabbable wall, and hold the Grab button. Now, while you are grabbed onto the wall, simply hold the Jump button simultaneously and your character will start climbing to the best of its abilities.

From there, you can then direct where your character will be vaulting to next by pressing the Left or Right buttons. Use this to try and avoid incoming attacks from other players that are trying to knock you out from climbing.

Take note that when you climb, you are really just trying to hurl your body upwards the wall due to the physics of the game, so always be mindful of where you are going to land once you climb up the wall you are traversing as you might open yourself up to a free attack from other players.

Finally, climbing requires stamina, so always take note of your stamina bar as if you run out of stamina while climbing, you will simply flop off the wall and fall, which would probably end up in you being eliminated.

Best Stages to Use the Climbing Mechanic

Climbing is very important to know how to do when you are battling in either the Red October stage or the Ichiban stage. Aside from having a rather good spot to avoid conflict, these stages require you to climb to avoid getting eliminated as these stages have stage hazards that shrink the stage.

Below will be a guide for both of these stages and how you can use their high ground to your advantage as well as avoid the stage hazards that will end in certain doom.

From the looks of things, Ichiban is a rather straight-forward battle arena; its stage platform surrounded by a pit from 3 sides while the remaining side is a broken gate seemingly leading to nowhere. The pits themselves are not a hazard, but they will be the first area to be covered in toxic gas.

If you find yourself thrown off the platform or if you overcharged your dropkick and find yourself in the pit, you still have a chance to climb out of it so long as you do not spend too much time in the toxic gas.

Surprisingly, another place you can climb in this seemingly flat stage is the columns by the broken gate. There are 2 columns that you can climb up on. You can use these columns to hide from everyone while they try and maim each other.

Be warned though because as the round progresses, the toxic gas grows in size and starts to engulf the stage, and more likely than not, the top of the columns will be one of the first areas it will spread to after the pits are filled with the gas so camping the columns is not an option by the end game.

As the stage progresses, the submarine will start to submerge itself, sinking the majority of the stage into the water. Naturally, one of the last parts of the submarine that will be submerged is its sail (or the tower in the middle of the submarine). You can climb the sail and make your way on top of it so that you are safe from the rising water and you will not be swept away.

Mobility is rather odd in Party Animals as the characters move in such exaggerated and loose motions, so climbing can be a bit tricky as you are pretty much trying to lug a sack of potatoes around. Although climbing itself is not the main technique, it is important to learn as it holds a great advantage in certain stages.