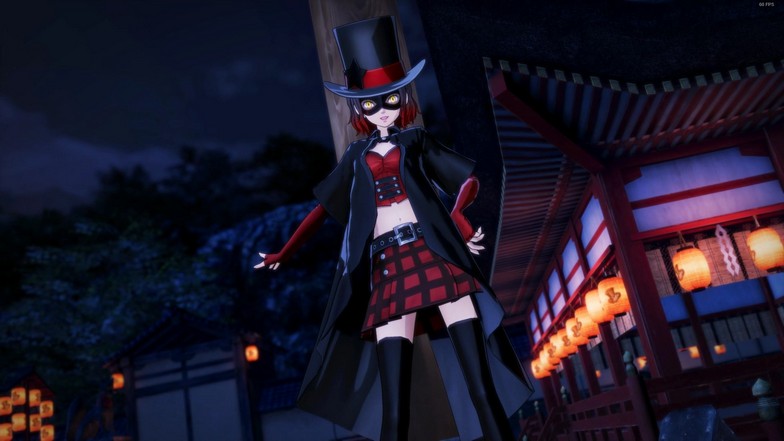 It was kind of surprising that he became part of the Phantom Thieves as he is practically their “gramps” already. This guide will show you how to beat Akane Hasegawa in Persona 5 Strikers

The Kyoto Jail is the labyrinth stage of Persona 5 Strikers as they like to keep things unique with every jail even if every single one of them is already based on real-life locations in Japan. The good thing about this game is that they spoon-feed you all the directions with the objective markers.

Kyoto Jail might look like a maze because of the teleportations but these paths are fixed and if you explore each of them once, you are bound to head in the right direction. They will also mark you the right order of exploring the shrines.

You can also bring Makoto or Ann for their fast ranged attacks because they are powerful against some of the hard enemies in this area including the mini-boss. Joker will also be great but he is already irreplaceable.

Akane’s jail is quite unique since she was not supposed to be an enemy in the first place until Akira Konoe corrupted her through EMMA. Since Akane Hasegawa is also the Phantom Thieves’ biggest fan, her shadow is literally all the Phantom Thieves together with no strengths and also no weaknesses.

Akane’s Joker is a bit difficult because he is not a huge target and he is also quick with his attacks. Focus on baiting him near the poles so that you can spin around it and hit him. This will trigger “1 More” attacks which should be your biggest chunk of damage since he moves around a lot.

At this point, it would be great to have the Avenger bond skill to perform auto-counters when you dodge. If you do have it skilled up, buff yourself with Sukukaja (increases crit and evasion) and you will perform more auto-evades while countering every single time with Avenger.

If he is shooting at you, do not fight it with gunshots as this is a window of opportunity to get combos in. You can abuse Joker’s 3rd Master Art every time he does a big combo. Just dash out quick and spam the triangle button until you get a “1 More”.

It is depressing to see what happened to Akane as she got caught up in this mess. At least the game did not let you fight her but instead, your fighting her version of the Phantom Thieves. This is also the time you get to use Zenkichi for the first time and you are not able to test him out as his Almighty affinity is quite strong on boss fights in general.