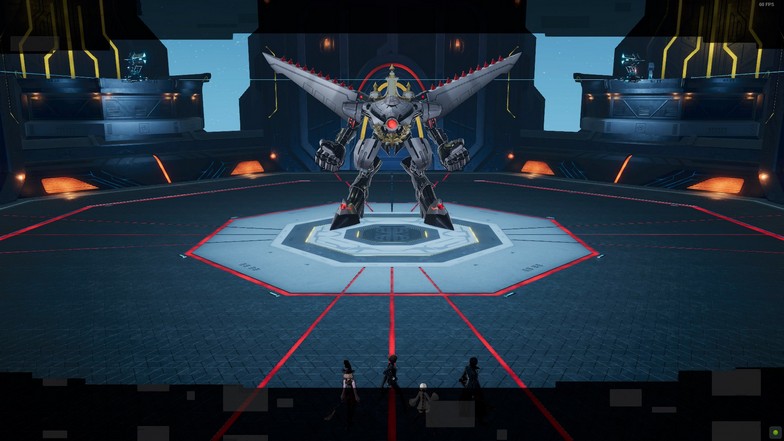 Akira Konoe is the one behind the EMMA software that has been locking up people in jails and turning them into Monarchs. This includes Alice Hiiragi, Ango Natsume, and Mariko Hyodo. He is the head of the Madicce corporation and like all the other bosses, he also has a deeply disturbing trauma that made him this way.

In retrospect, he means good by bringing justice to the world but his methods are extreme and inhumane. In this guide, you will learn how to beat Akira Konoe in Persona 5 Strikers in the easiest way possible.

Osaka Jail is filled with hordes of mobs with less bulky enemies to deal with. Sophia is good to bring as a supporting character as some of them are weak to Bless damage but Akira Konoe will nullify it though. The path leading to Akira Konoe is filled with door switches but every door is relatively close to their switches so it is practically linear.

The place feels like the Shibuya Jail and it is hard to get lost in this area. Always remember that you need to send a calling card or something that triggers the boss in the real world for you to enter the boss fight so you do not have to worry about going to the fight unprepared or exhausted.

Akira Konoe has 2 phases. For the first phase, he will be with his Zephyrus Mech which is basically immune to all element types except for Makoto’s Nuclear and Ryuji’s Lightning. Since Makoto and Ryuji never got the spotlight when it comes to their connection with the bosses, it seems fitting that they get used for this fight.

For phase 2 after defeating the Zephyrus Mech, you will then fight Akira the Hero who is still weak to Nuclear and Lightning but now, Fire, Ice, Wind, and Death all deal normal damage. Bless is still nullified and Psy is downgraded from Null to Str.

Since Makoto and Ryuji are top-tier characters, this fight should be a breeze. I prefer to use Makoto since her elemental combo is a lot faster than Ryuji’s elemental combo.

The best party composition would be Joker, Yusuke, Makoto, and Ryuji. Yusuke is there to buff your party with Sukukaja which increases crit and evasion. Joker would be your support while Makoto can also off-heal.

For the first phase, Akira’s mech has a ton of dangerous abilities. The most dangerous one is his missile attack where he launches a barrage of heat-seeking missiles that is hard to avoid when you get hit once. When you get hit, you will stagger and you might end up tanking every missile fired. This is something you must watch out for.

When it reaches a certain point, Akira will fly in the middle and you will have to go up to one of the four platforms (one in each corner) and shoot the railgun. At first, I had trouble using the railgun since the wire is so close to it that sometimes I end up interacting with the wire. You should spend a second here to make sure you are hovering over the railgun.

Once you hit Akira’s mech with the railgun, he will fall down, break a part of his defenses on his health bar, and give you a long window of opportunity to land some attacks in the middle of the arena.

During the second phase, he will not stagger even if you cast Nuclear or Lightning spells but it is still the best way to break the shields and deal a massive amount of damage. He will be easier to dodge during this phase so make sure to dodge and counter with his elemental weakness (Avenger bond skill).

Akira Konoe is one of the hardest bosses in the game but since he is weak against Makoto and Ryuji, you can alternate between them throughout the fight to efficiently increase your Showtime gauge since you will be dealing with two full bosses (Zephyrus Mech and then Akira). While you can get away with most bosses when you bring a character that has an off-element, this one will not be as forgiving as the others.