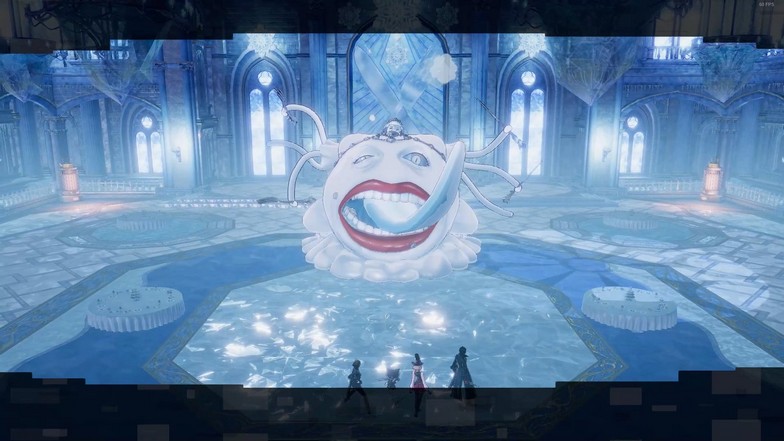 Mariko Hyodo is the third boss and the monarch of Sapporo Jail in Persona 5 Strikers. Mariko is a politician who really cares for the people but when she got blackmailed, it ruined her reputation. She started stealing people’s desires to regain her position as mayor.

She became abusive towards incompetent workers and pushed everyone past their limits in a bad way. This is so that no scandals ever happens again but it grew to a point that she became the one she really hated and with her connection to Haru and Haru’s father, it is up to the Phantom Thieves to change her heart. This guide will teach you how to beat Mariko Hyodo in Persona 5 Strikers.

Just like Sapporo, this place is like a city inside a snowy tundra and there is an extra mechanic you should watch out for. There will be snowstorms where you need to activate the heaters to make the place visible. It will be dangerous to explore this place while it is active because you might get ambushed and you might drain your SP faster than usual.

For your party composition, it is best to bring Haru as she will be the main character for this mission. Her Psychokinesis is also the best element you can bring to this area as the boss’ weakness is Psy and some of the mobs are also weak to it. Yusuke will be useless here since the boss and a few enemies are completely immune to Ice.

This area leading to the boss is definitely easier than Shibuya and Sendai because the paths are kind of linear for each objective marker.

Mariko Hyodo is not as hard as Ango Natsume‘s elemental strengths but it is hard to get a good Death-type Persona for Joker other than strengthening Arsene. So this fight will just be great for Haru and Joker’s Death-type Persona.

The best party composition for this fight will be Joker and Haru + Sophia, Ann, or Morgana. Since Morgana is the squishiest character and Ann can do as much healing as Morgana, it can be Sophia and Ann.

Psio and Eiga will be your main elemental skills to spam on the boss and you can attack in-between those skill casts to maximize damage. If you have a character that you want to use like Yusuke, Ryuji, and Makoto, you can still use physical abilities and buff your team with them if you choose to run them.

As always, avoid the boss’ skills as it has a huge radius and can hit your whole party. They are easy to spot as you can see the bubble above the boss’s head when they are about to cast something. It will be hard to dodge but you can look for interactable objects to dash to if dashing would be too slow.

Keep rushing the boss for damage. Be careful during the snowstorm as you will need to turn on the heater to remove the slow debuff you get from the snowstorm. The slow debuff slows everything including movement, spell casts, and attacks. You can still spam skills since the boss staggers while doing that but it would be more efficient to just run to the heater and turn it on.

Use your consumables and you should have a ton of consumable items in stock at this point of the game if you buy everything from vending machines and stores every time. As long as you have the bond skill that increases money gained and junk drop rates, you will have a sufficient amount of money to buy consumables, armor, and weapons.

The fight is easy with the spamming strategy as you can see from the video above. The same strategy can be used on most of the bosses in Persona 5 Strikers and only on difficulties like merciless or even hard will force you to rethink other strategies such as buffs and synergies.